The JFK Islanders are fighting for a better spot in the playoffs. 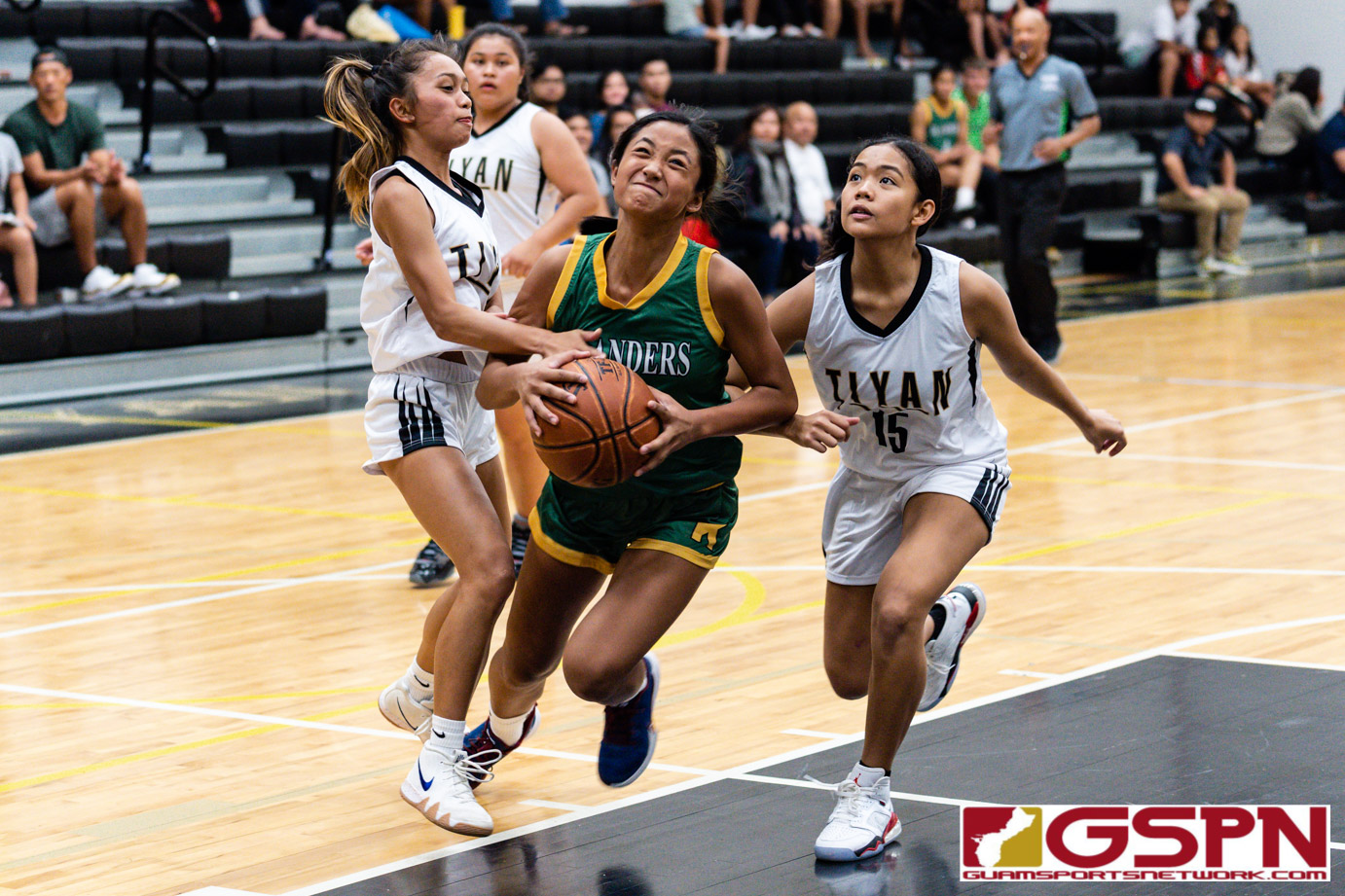 The Girls Basketball Playoffs are a little over a week away and the JFK Islanders are focused on moving up in the standings. The Islanders grabbed a win over the Tiyan Titans 47-28 to move to (4-9) on Black Friday to improve their chances at hosting an opening round playoff game at 5th place.

“[My teammates] set good screens to get our shooters open,” added Smartt.

Tiyan kept the contest close in the 2nd period before a defensive spurt from JFK gave the visiting team a slight edge. A steal and score from Jada Hahn followed by another steal and score from Isabella Roberto put JFK up 15-8. Tiyan showed grit to keep the score 19-13 at the half before JFK took over in the 3rd.

Smartt knocked in back-to-back triples from the left wing, using a layup to cap off a personal 8-0 run to go up 33-19.

JFK took their largest lead after a rebound and long assist from Villena to Roberto had the Islanders up 45-25 with two minutes left to play.

“We need to win our next two games coming up to get in the playoffs so right now we’re just focused on that,” said Smartt.

JFK will face the St. John’s Knights next week and the make-up game between the Sanchez Sharks is still to be determined. The Titans also have the Sharks and Knights on their schedule, including a rescheduled game against the Okkodo Bulldogs.