KNIGHTS GET MUCH NEEDED WIN OVER SHARKS

The playoffs are vastly approaching and the St. John’s Knights picked up a much needed win Friday over the Sanchez Sharks. 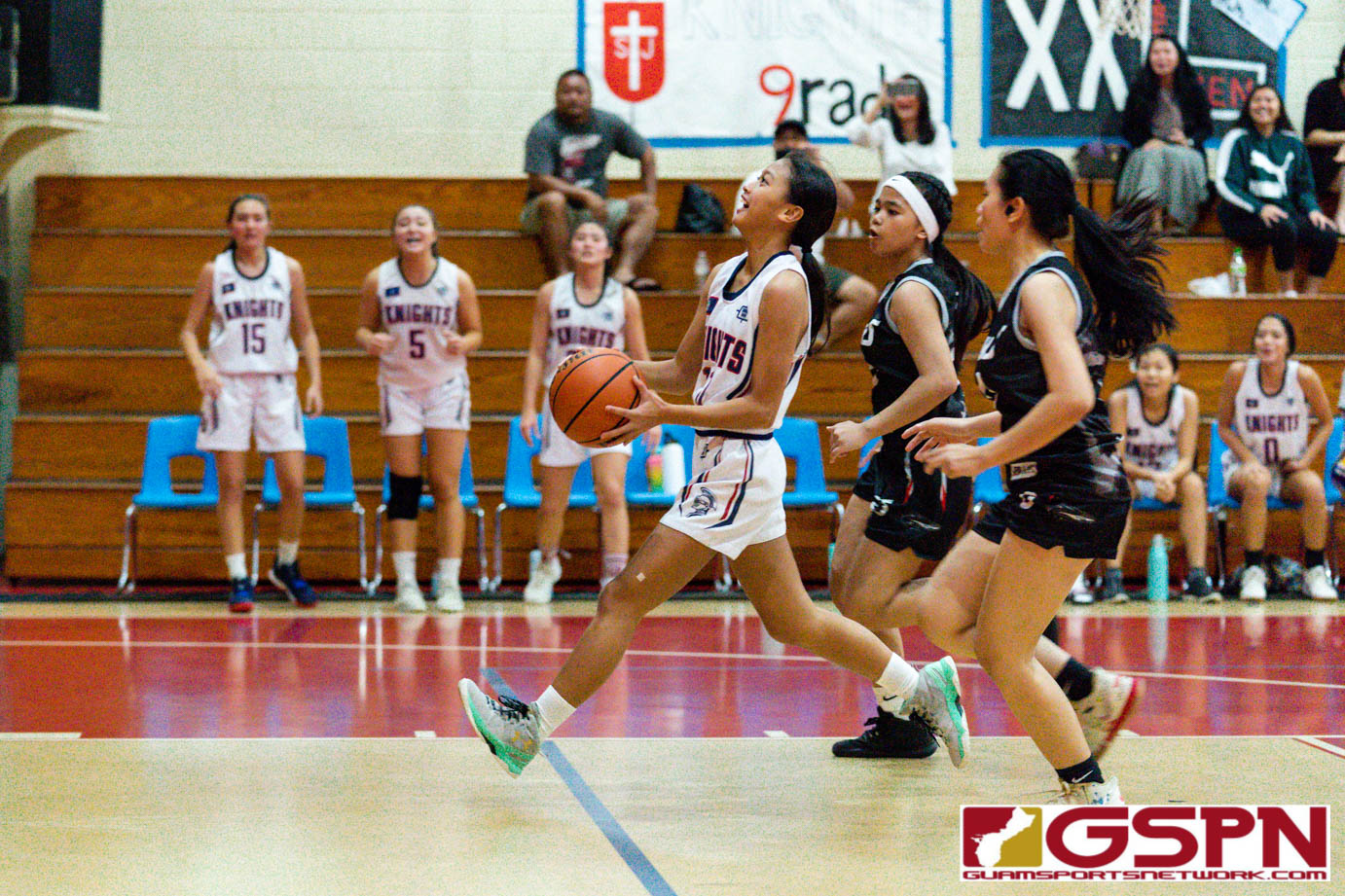 The St. John’s Knights Girls Basketball team have been on the wrong side of close games recently which made their big 51-24 win at home over the Sanchez Sharks Friday evening a significant season milestone. Led by a 28-point night from sophomore Jadyn Palomares, St. John’s improved to (3-7) on the season.

Palomares was primed for a big night after scoring her teams first seven points, which fueled a 10-3 start for the Knights, keeping the Sharks scoreless until the final minute of the opening period. Palomares added six more points in the second quarter with the Knights sitting comfortably ahead at halftime 24-10.

“I knew tonight was going to be hard fought. Coming off our last loss, we worked really hard as a team and we knew that we needed to win tonight if we wanted to make the playoffs,” said Palomares.

The Sharks struggled to jump start their offense in the 3rd while the Knights were finding theirs in stride. Tylee Shepherd scored five of her 11 points in the quarter and Palomares found success attacking the basket, adding seven more points with the Knights firmly ahead 36-16 by the quarters end.

“It was kind of a first for us because lately we’ve been starting off really slow. And then when we had the chance to come back, the point gap is too big, but tonight was different. Everything was on point from passing to shots, we were on point tonight,” added Jadyn.

Jadyn was a Knight in middle school, but she did spend her freshman year playing sports at Guam High. Her freshman season was spent under the Legend Joe Taitano, to whom she gave a lot of credit to for enhancing her game.

“[Taitano] really helped me improve and I think that’s what is helping my game right now,” stated Jadyn.

She’s back with the Knights and the chemistry hasn’t skipped a beat.

St. John’s will aim to grab their first back-to-back wins of the season by hosting the Tiyan Titans Saturday evening. Sanchez will look to rebound against the visiting Okkodo Bulldogs on Saturday as well.