The Guam Matao exhibited impressive ball movement on the pitch, but a few errors proved costly in its 3-1 loss in a Round 2 Group A match of the FIFA World Cup Qatar 2022™ Qualifier of the Asian zone Tuesday. 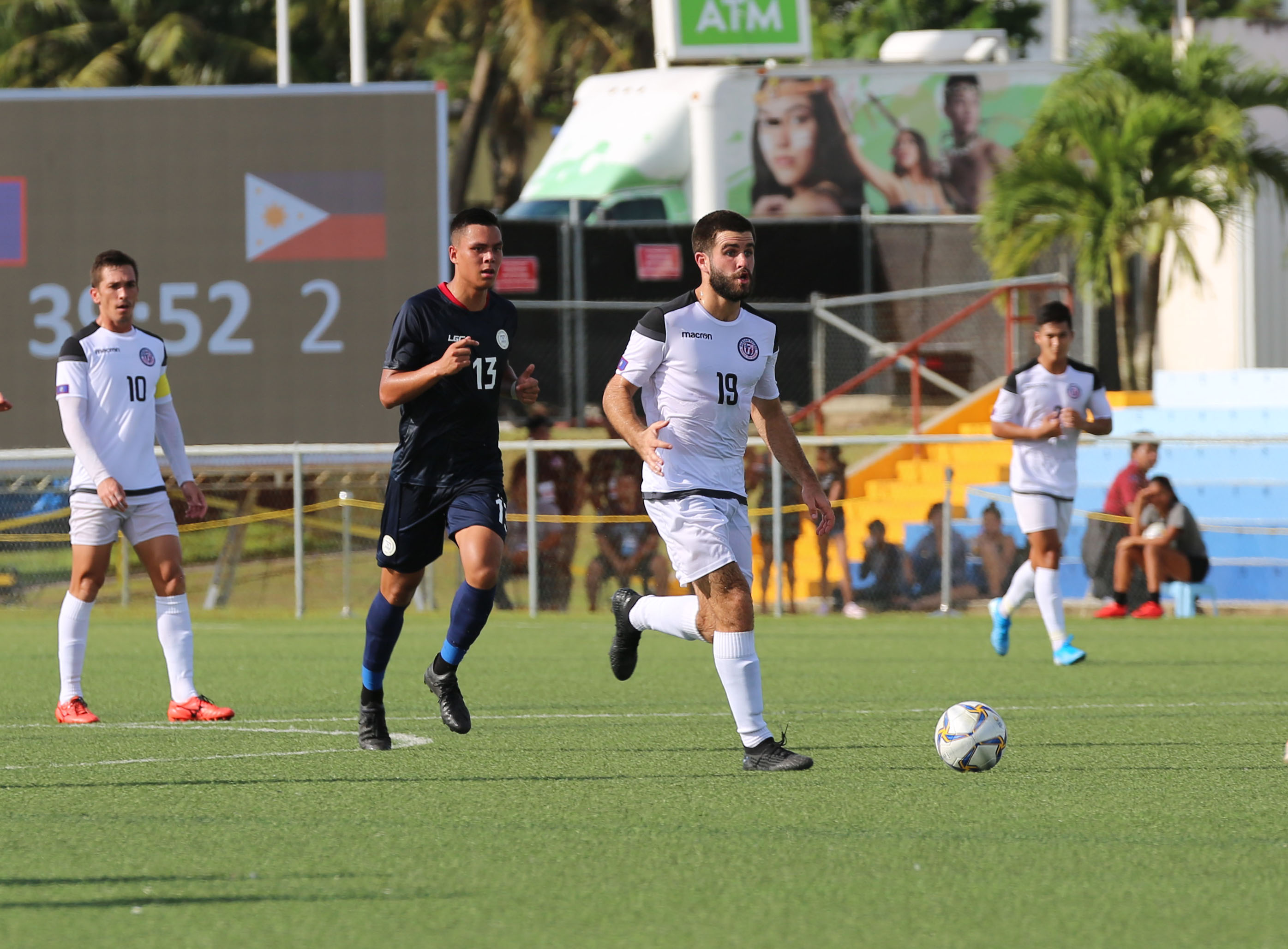 PRESS RELEASE – The Guam Matao exhibited impressive ball movement on the pitch, but a few errors proved costly in its 3-1 loss in a Round 2 Group A match of the FIFA World Cup Qatar 2022™ Qualifier of the Asian zone Tuesday.

The Maldives gained a 2-0 advantage by halftime off a header finish by Samooh Ali on a corner kick play in the 24th minute and about 15 minutes later, a Guam own goal at the National Stadium in Male, Maldives.

“We become our own worst enemy at times,” said Karl Dodd, Guam Head Coach after the match. “There wasn’t a difference and I would go as far as saying we dominated possession and we’re the better team, but we switch off during moments in the game. These moments hurt us as we concede; we need to stay switched on for 90 minutes.”

Despite the halftime deficit, the Matao pushed through with its attack-minded playing style, with the reward five minutes into the deciding half. Guam’s John Matkin connected on a header from a Travis Nicklaw cross to move within one of the host side.

Guam’s urgency to produce another goal forced Maldives to increase physicality and fortify its defense through the half, resulting in two late yellow card offenses. A risky play by Maldives’ Ali Ashfaq in charging Guam goalkeeper Dallas Jaye on a ball clearance outside the penalty area paid off in stoppage time, earning his team a goal after the ball ricocheted off his body back into the goal.

Qualifier matches continue in March 2020, with Guam taking on the Philippines Azkals in Manila on Mar. 26. The Matao will return to Guam to play China, PR on Mar. 31 at the Guam Football Association National Training Center. Guam’s final match of the qualifier round will be against current table toppers Syria on Jun. 4.