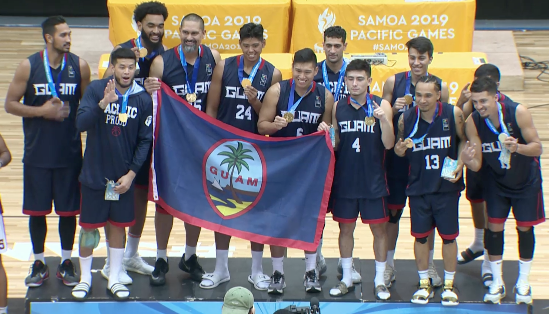 After a hard fought battle, Guam survived a resurged Tahiti team in the Gold Medal game to successfully defend their Pacific Games Gold. Guam defeated Tahiti 83-74 with Tahiti getting as close as five points, 67-62, before some big-time buckets from JP Cruz and Tai Wesley.

Wesley had a game-high 24 points with Cruz netting a big 21.

The women’s team fell to Samoa in the Bronze Medal game 87-85 with Samoa’s Kalama Leapepe netting a huge 50-point game.