Guam’s top swimmers look forward to standing on the medal podium for next month’s Pacific Games in Samoa. The contingent, coached by Ed Ching and Don San Agustin, has a mixture of youth and veterans with Olympic experience. 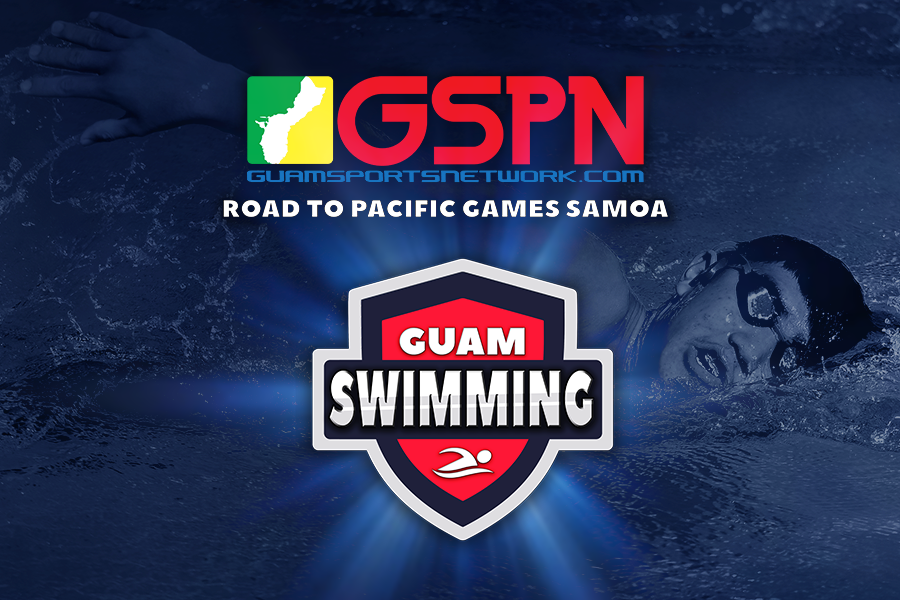 Guam’s top swimmers look forward to standing on the medal podium for next month’s Pacific Games in Samoa. The contingent, coached by Ed Ching and Don San Agustin, has a mixture of youth and veterans with Olympic experience.

Benji Schulte and Jagger Stephens are currently overseas for training while the rest of the team is working hard every day at Hagatna Pool. The team will meet in Samoa prior to the opening ceremonies.

“I’m the only female in the group but I’ve travelled before as the only female so it’s really nothing new,” said Mineri Gomez. “We’ve been training twice a day in the pool or at the gym. It’s a lot of sacrifice not only for us but also for our coaches who take their time to help us as well.”

“I have the least experience amongst my teammates and I know they will be there to help me in my first international event,” said Sebastian Castro.

Castro will have two Olympians to share the experience with Chris Duenas and Schulte in Samoa to help guide Castro. “There’s a lot of good competition in the Pacific Games so this will be a good gauge to see where I’m at.” Castro is just 15 years-old and attends Harvest Christian Academy.

Swimming earned the most medals for team Guam at the last Pacific Games in Papua New Guinea with a total of six medals: Schulte had four (two golds, a silver and a bronze) and Pilar Shimizu had two silvers for Team Guam. Schulte and Shimizu both represented Guam the following year at the Olympic Games in Rio.

The swimming venue will take place at the Aquatic Centre Faleata and the competition will last from July 9-13. Gomez will also swim in the open water event on July 8th at the Sheraton Beach Resort Mulifanua.