Guam High grabbed a victory over the GW Geckos for their first W of the year. 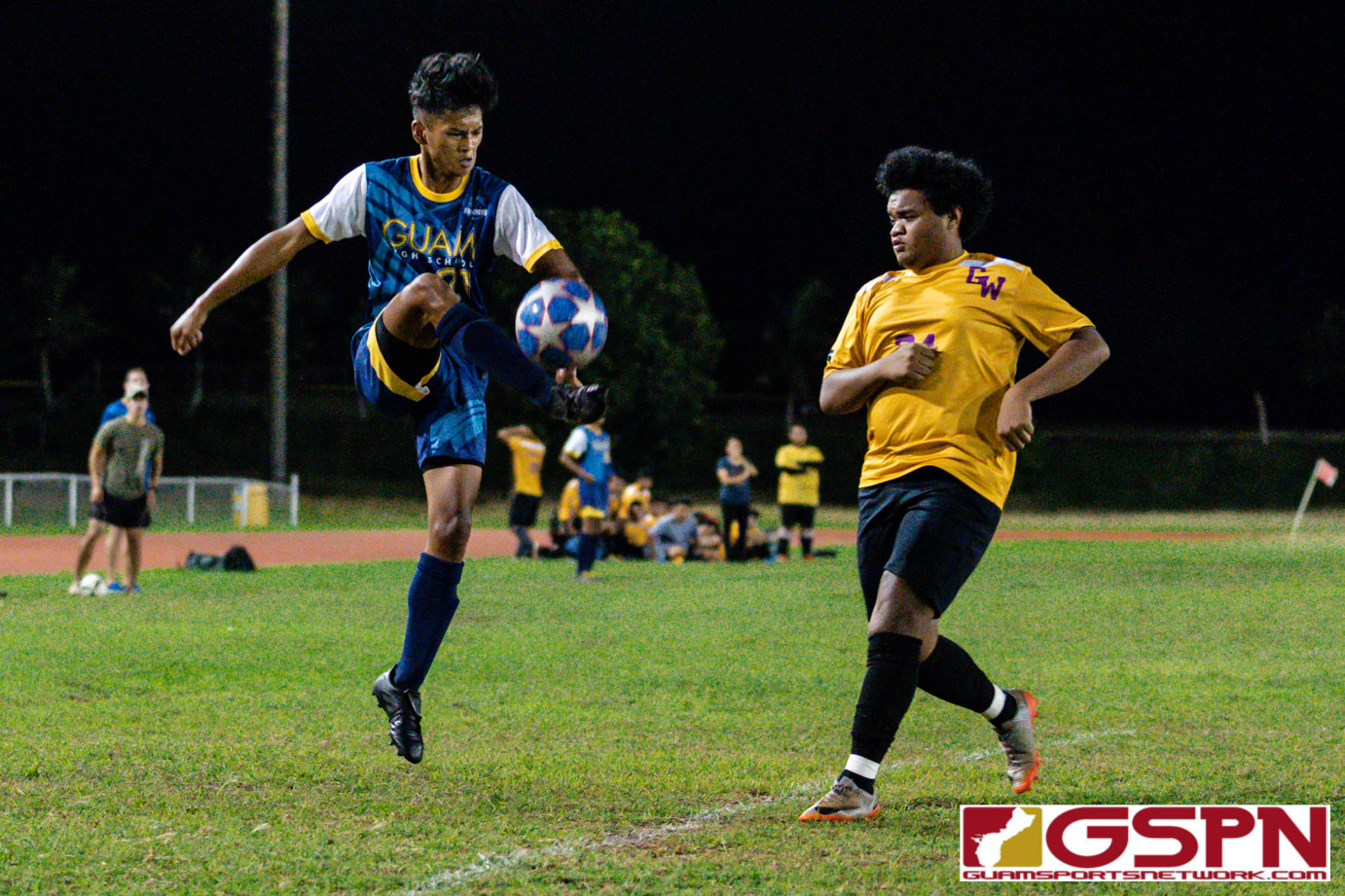 The Guam High Panthers made the necessary adjustments on the offensive end to turn a slow start into their season’s first win Tuesday evening in IIAAG Boys Soccer. The Panthers defeated the home field GW Geckos 3-1 with a key save in the second half fueling their win.

Panther keeper Trevor Dill was staring down a crucial play late in the second half as Gecko Neill Franquez was lining up for a potential game-tying penalty kick with Guam High nursing a 2-1 lead.

“I was nervous. It’s a fifty-fifty chance and you just have to pick a side to dive and I chose the right side thankfully,” said Dill.

Dill made the correct play diving to his right as Franquez’s shot sailed left with Dill knocking the shot away to preserve their lead.

“I just thought from his point of view of where he was going to kick it and I just chose the side where I felt I would shoot at,” added Dill.

The block sparked the offense to put the game away with the Panthers scoring within minutes of Dill’s block. Forward Benjamin Shannon was the beneficiary after a throw in close to the box after a deflection attempt from the keeper ended up at the foot of Shannon, who tapped in the teams third goal in the 62nd minute.

Guam High fell into a 1-0 hole early after GW’s Franquez put in a breakaway goal in the 8th minute. It took some time, but the Panther offense got a jump start after Blaise Alig netted the teams first score in the 22nd minute.

Guam High would grab their second goal in the 31st minute to walk into halftime with the 2-1 lead.

“We communicated and called for the ball better; everybody was ball hungry…We really wanted to win,” added Alig.

Dill’s save fueled the final goal as Guam High advanced to 1-3-3, picking up their first win of the year.