PANTHERS ROUT ROYALS BY HALF CENTURY

In an IIAG Boys Basketball matchup between the Guam High Panthers and ND Royals, the Panthers won 69-19, pulling away by large margins in the second half to blowout the Royals. 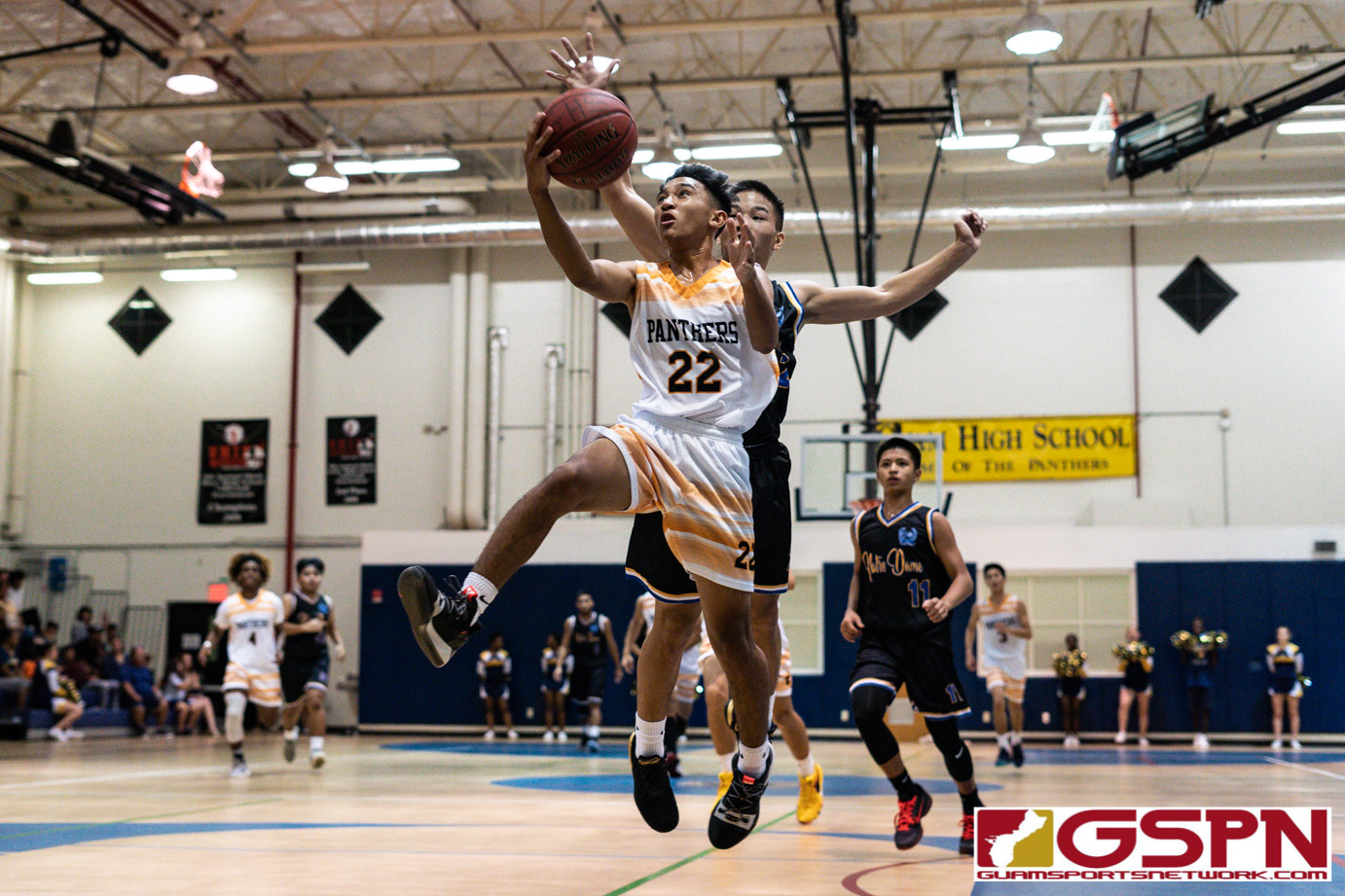 In an IIAG Boys Basketball League matchup between the Guam High Panthers and Notre Dame Royals, the Panthers won 69-19, pulling away by large margins in the second half to blowout the Royals Tuesday night. Panthers point guard Ryan Taitague made key contributions in his season debut, leading the charge for the blowout victory.

Wendy’s Player of the Game: Ryan Taitague made a huge impact in his season debut scoring 20 points and picking apart the passing lane in the Guam High Panthers 69-19 victory over the ND Royals. (Photo by Michael Blas)

After struggling to make the three-ball in the first half, the Panthers made adjustments and came alive from deep, putting on a three-point display. It started in the 3rd quarter, when sharpshooter Nicholas Keefe drained a corner three. Then Taitague started to find his rhythm despite a rough first half shooting.

After converting on two free throws from the charity stripe, Taitague started to find his shooting rhythm. He then went on to sink a three pointer and capitalized on the momentum a few plays later. Teammates looked to Taitague again as he knocked down another 3-pointer, but this time he was fouled with a four-point opportunity. He converted on the free throw to push the lead to 48-12.

Taitague explained how he was able to stay confident despite a rough first half shooting.

“I wanted to make a bigger impact and help my team pull away. So, I decided to focus on my defense and let the offense come to me instead of forcing it.”

The Royals struggled with turnovers early on and it would hurt their offensive efficiency throughout the game. ND’s players circled the perimeter, and no one established a presence in the paint, making it easy for the Panthers to pick apart the passing lane.

Peter Cruz and Bryce Chargualaf were the leading scorers for the Royals, each scoring five points.

An exciting display of offense by Panthers junior Andre Johnson would close the blowout victory. Johnson scored seven points in the game’s final minutes and was very animated with his celebrations after each shot, bringing both the crowd and head coach Joe Taitano some laughter to cap off the night.