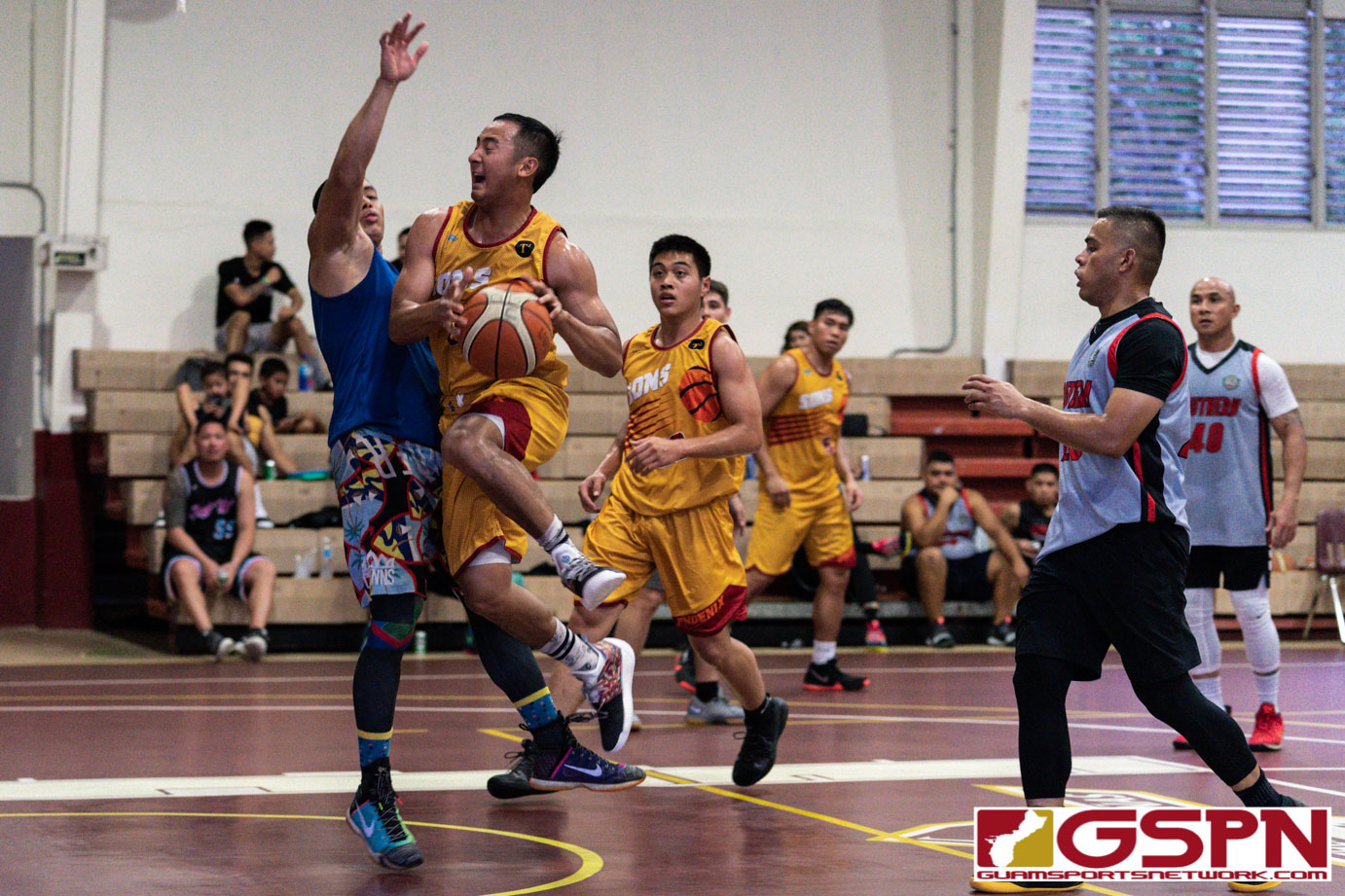 In the Coors All-Island Alumni League, the Paradise Phoenix Sons defeated Southern 90-80 to advance into the Semifinals. Both teams showcased their explosive offenses in the high scoring matchup.

Wendy’s Player of the Game: Earv Jose sunk in 6 three pointers as the Paradise Phoenix Sons defeated Southern 90-80 in the Coors All Island Alumni Tournament Playoffs. (Photo by Michael Blas)

With three minutes left to play, the game appeared to be out of reach as the Sons led by 19 at 83-64. But a rally in the closing minutes by Southern would keep the game interesting as Southern hit some big shots down the stretch to trim the deficit.

Southern went on a 13-4 run in the final minutes of action. The run was highlighted by several big shots from shooting guard Charles Reyes. Reyes scored nine of those 13 points, off-of threes alone. His last three trimmed the deficit to 10 but was immediately answered by a three-point dagger from Sons Earv Jose.

The dagger was just icing on the cake for Jose, as he was having a big game prior to the shot. He finished the night with 27 points and shot lights out from beyond the arc. In addition, he showed good ability to find the open man, racking up assists as defenders closed in on him. Jose elaborated on how he was able to perform well on the night:

“Great ball movement by my teammates got me a lot of the open shots and when I started finding a rhythm and knocking them down it opened up opportunities for the rest of the team.”

In the game’s early minutes, both teams traded buckets, and it looked like the game would be a close one throughout.

But a 12-3 run in the first half would put momentum on the Sons side and ultimately set the tone for who would control the pace the rest of the ballgame.

Sons Leon Shimizu was a spark off the bench and provided valuable plays throughout the run to help put his team ahead. All of Shimizu’s points came in the first half as he finished with 10 points on 4-of-5 shooting.

Following the run, the Sons were able to build a 50-27 lead by halftime.

Despite the large deficit after the half, Southern still managed to keep the game within striking distance. Roque Charfarous led the charge for Southern and showed great fight and physicality to keep his team in the game. Charfarous finished with 27 points on the night.

Southern’s attempts to cut the deficit would not be enough, however, and the Sons would come out with the win.

With this victory, the Sons advance to the Semifinals and will play the Elite Friars (FD’s other team in the Alumni Tournament). The Elite Friars are the #1 seeded team, but the game is expected to be a close one.

“I think it’s going to be fun. We always enjoy playing against our fellow brothers. It’s going to be a tough game, they’re the number one team. But if we play like we did tonight, with good ball movement, unselfishness, and good defense, I don’t see why we can’t come out on top. It’ll be a good game for everyone to come see,”  said Jose.