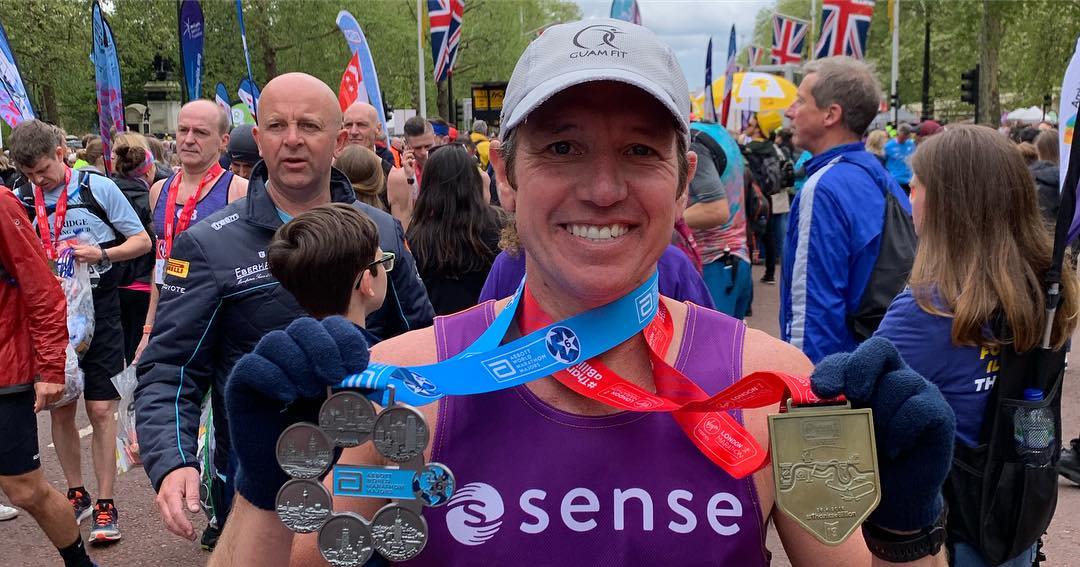 The Abbott World Marathon Majors is a series consisting of six of the largest and most renowned marathons in the world. The races take place in Tokyo, Boston, London, Berlin, Chicago and New York City.

“I feel like this journey combined two of my loves: travel and running,” ONeal said from London. “It was a great adventure, especially living on Guam as the races included large travel times. As for the racing, I am super excited to have had the honor to run these amazing world class events. I’ve been very fortunate to have stayed healthy and injury free through it all.”

Only about 5000 runners worldwide have accomplished this feat.

He said the toughest race was the Boston while the most rewarding was the Chicago as he hit his personal best at 2:58.

As ‘training runs’, ONeal also put in the Guam and Saipan Marathons earlier this year and says it’s time to relax.

“I owe (my wife) Karly some trips that don’t include any racing at all,” said the United Airlines pilot.

“One other thing— I ran London for a charity that helps the blind. I grew up with a blind father so I would like to thank everyone that donated to my cause as the charity Team Sense made all this possible. And my sponsors Hornet Sports and Guam Fit.”