The Guam High Panthers defeated the unbeaten Academy Cougars in a tale of two halves. 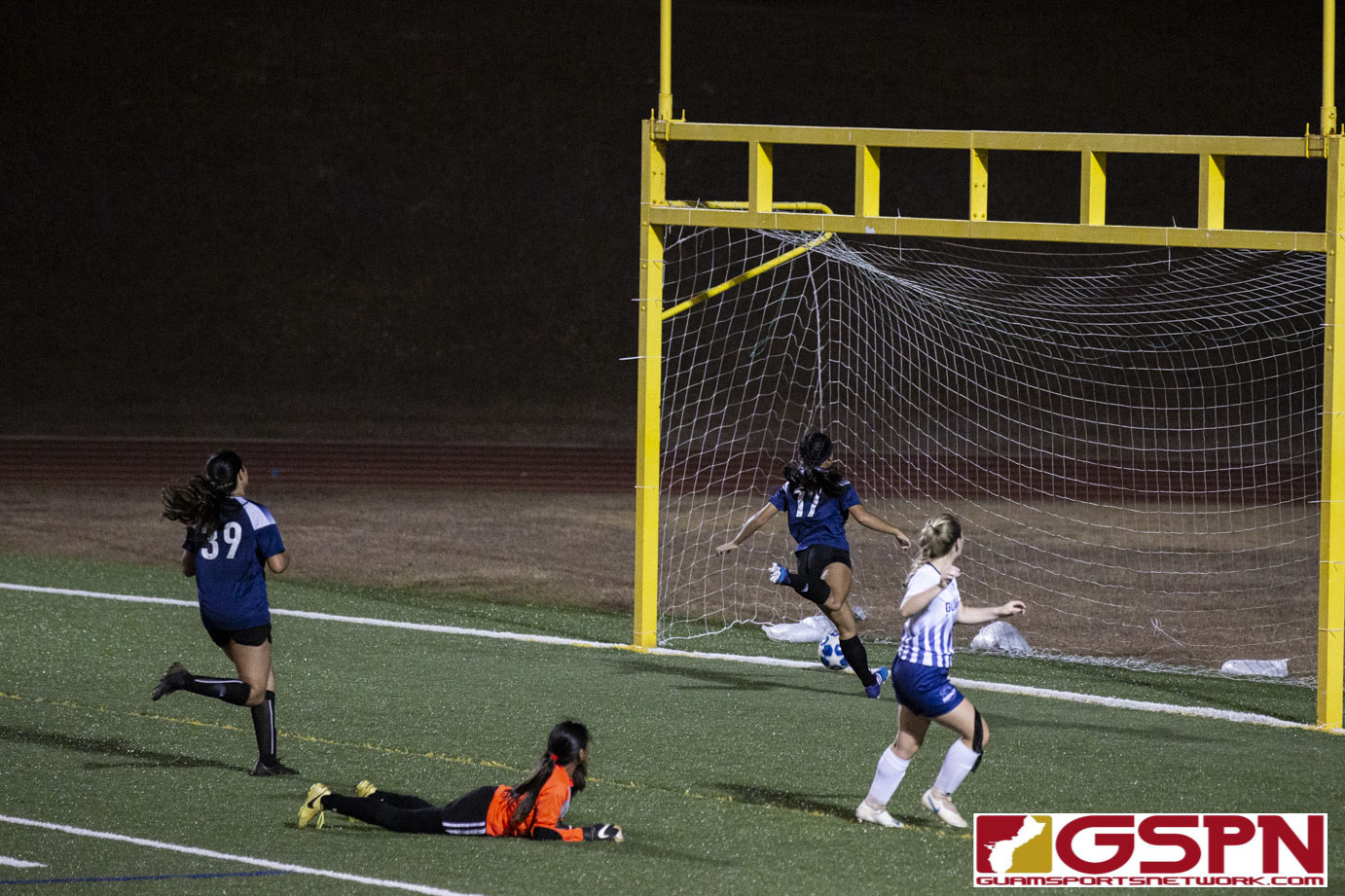 The Guam High Panthers were aware that this particular week of the the IIAAG Girls Soccer Season was going to be tough one, hosting both the undefeated Academy Cougars and defending champion ND Royals as the season nears the playoffs.

They kicked off their Monday on the right foot, handing the Academy Cougars their first loss (7-1) of the season by 3-2 fashion with two early goals from Panther Captain Brennan King. Guam High improves to (8-0-2).

Guam High had a prolific first half where they scored three goals with two coming from King in the 11th minute and the 36th minute while teammate Alexandra Shimasaki nailed a 56 yarder right before halftime. The Panthers captured momentum on their home turf, but the Cougars were prepared for a second half rally.

Mia San Nicolas kept her streak of goals per game in tact netting a much needed Cougar score in the 50th minute with a rip-and-tip from the Panthers defender. The refs would miss two hand balls inside the box within a 10-minute span with San Nicolas pleading for the call at each moment.

San Nicolas would make good on a header off a corner kick from Coco Paulino at the 76th minute, but the comeback would come up short with the Panther defense coming together for one final stand.

The Panthers looked like an unstoppable machine in the first 40 minutes of action, but didn’t get the offense going in the second half. A more determined keeper in Cougar Phoebe Shmull and an aggressive San Nicolas nearly stormed back after Guam High admittedly took their foot off the gas.

“I think we got a little too comfortable and we celebrated a little to early… We came out and set the pace early, but we know better than to do that next time. I just kept telling our team to keep our heads up and it’s not over until the last whistle is blown,” said King.

The defense had difficulties containing San Nicolas for long which forced King to rotate from forward to midfield in the middle of the second half.

“I requested to move back because I noticed our defense struggling a little. I wanted to be back there and help out instead of watching them struggle from up top,” said King on moving round the field.

Up next for Guam High is the dangerous ND Royals, who have been on a tear since regaining all their players.

“We’re taking this one pretty serious; We know they’re the defending champs. We out her practicing all the time,” added King.