The Eagles posted five first half goals in a span of 15 minutes to advance to the Championship. 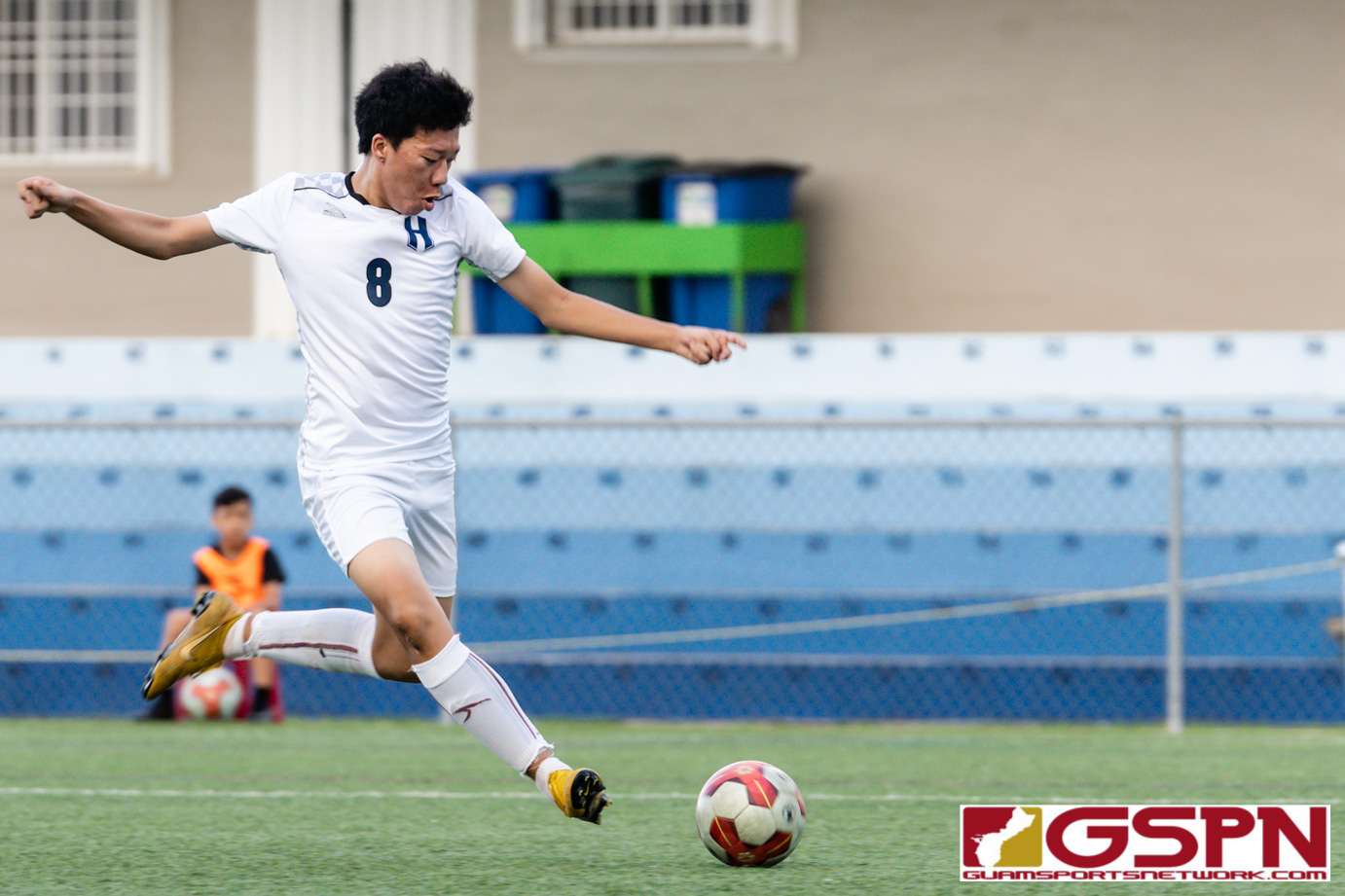 The Harvest Eagles will be rolling into the IIAAG Boys Soccer Championship game with a head of steam after netting six goals against the Southern Dolphins in the semifinals Tuesday evening at the GFA Training Facility.

Harvest will face the JFK Islanders in the Championship Game after JFK defeated the FD Friars 5-1 in the second semifinals game of the evening.

Striker Suengmin Kim tallied a hat-trick in the first half to lead the Eagles in scoring. Kim got his first goal in the 18th minute on a shot off his left foot from the left side of the goal to get the Eagles on the board. Gye Baek Kim would net the Eagles second goal in the 23rd minute off a pass from Suengmin, right inside the goal box.

Suengmin’s second goal came shortly after, in the 26th minute, as he once again got free on the left wing for a wide open shot. Temmate Micah Hennegan would quickly add to the total after scoring in the 28th minute to go up 4-0.

Kim would get his final goal in the 31st minute after a scramble off a corner kick once again ended up at the foot of Suengmin. Kim needed just one touch to power in the goal to give the Eagles a big 5-0 halftime lead.

Harvest would net their final goal in the second half as Geonwoo Lee scored inside the box, beating the on coming defense and keeper to put the Eagles firmly ahead 6-0.

Eagles vs. Islanders for the ‘ship

The regular season meeting between the Eagles and Islanders ended on the final play of regulation with the MVP James Lee scoring the game-winning goal. That was also the Islanders first loss of the season which makes their rematch in the Finals a highly anticipated showdown!

The Finals will kick off at 7 pm at the GFA Training Facility directly following the consolation game between the FD Friars and Southern Dolphins at 5 pm.