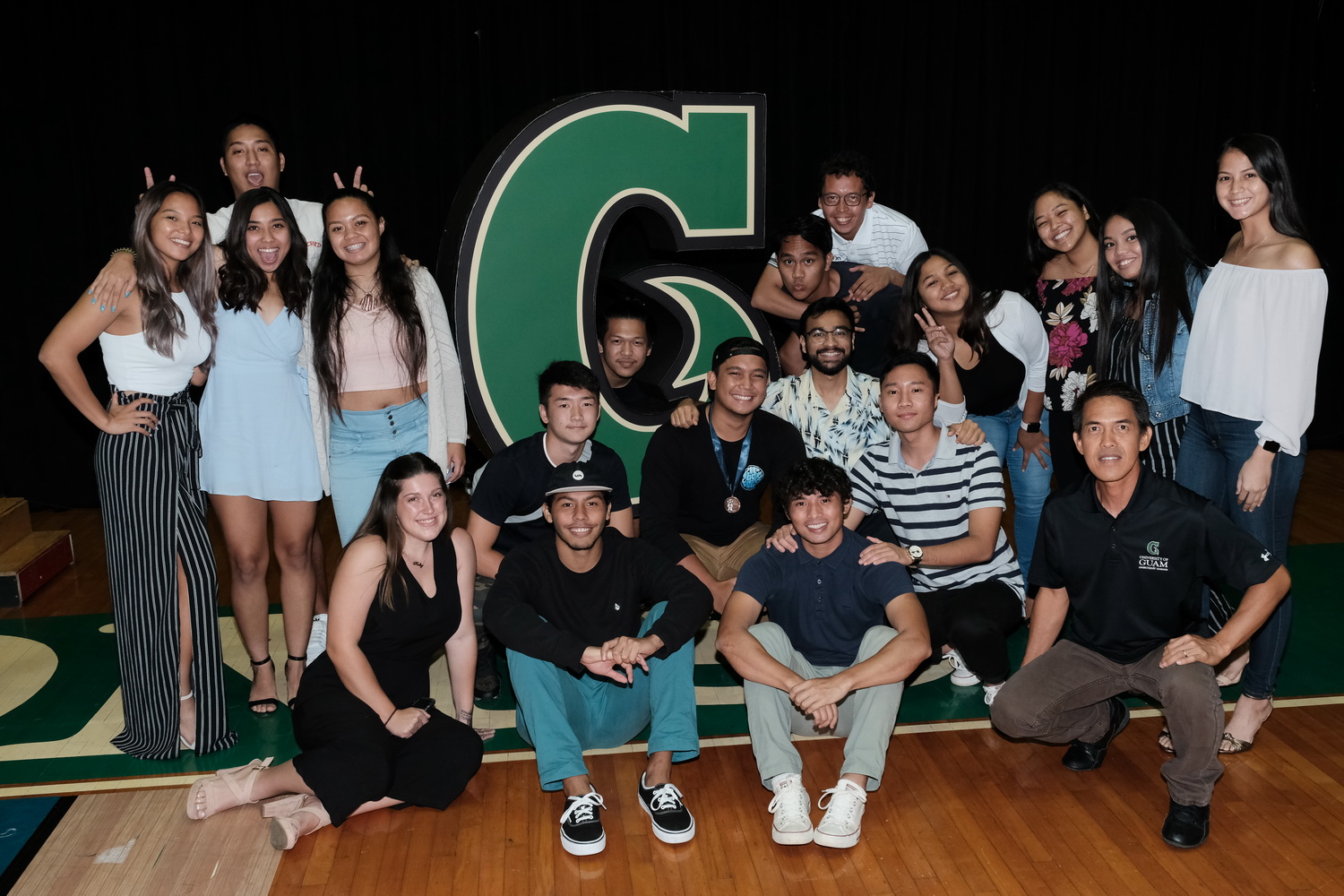 PRESS RELEASE – The University of Guam Triton Athletics had their Student-Athlete Reception on Tuesday night in the UOG Calvo Field House to honor the UOG student-athletes for their hard work and success in the 2018-19 academic year.

The UOG upper administration was present for the event, as Dr. Thomas W. Krise, UOG President, Anita B. Enriquez, Senior Vice-President and Randy Wiegand, Vice-President for Administration and Finance attended the event as well as the Dean of Students, Lawrence Camacho.

Jonas Macapinlac, the Director of Integrated Marketing, served as the MC for the event. Dr. Krise gave the welcome for the reception and then UOG Athletics Director, Doug Palmer, gave the “State of the Varsity Athletic Program” which highlighted the successful 2018-19 that Triton Athletics had.

The UOG coaches then took over the program and gave out their awards:

Doug Palmer then awarded the “Student-Athlete of the Year” award that went to Logan Hopkins of the Men’s Basketball Team.

Said Palmer “Logan carried the men’s basketball team on his shoulders, he averaged 34 points a game and scored both inside and out, he had a great year for the Tritons”.