The Guam National U17 Girls Basketball team is gearing up for FIBA Oceania Basketball tournament scheduled for August 17th. Head coach Jimmy Yi has been busy all summer training the next batch of prospects ready to prepare them for the region’s best players. 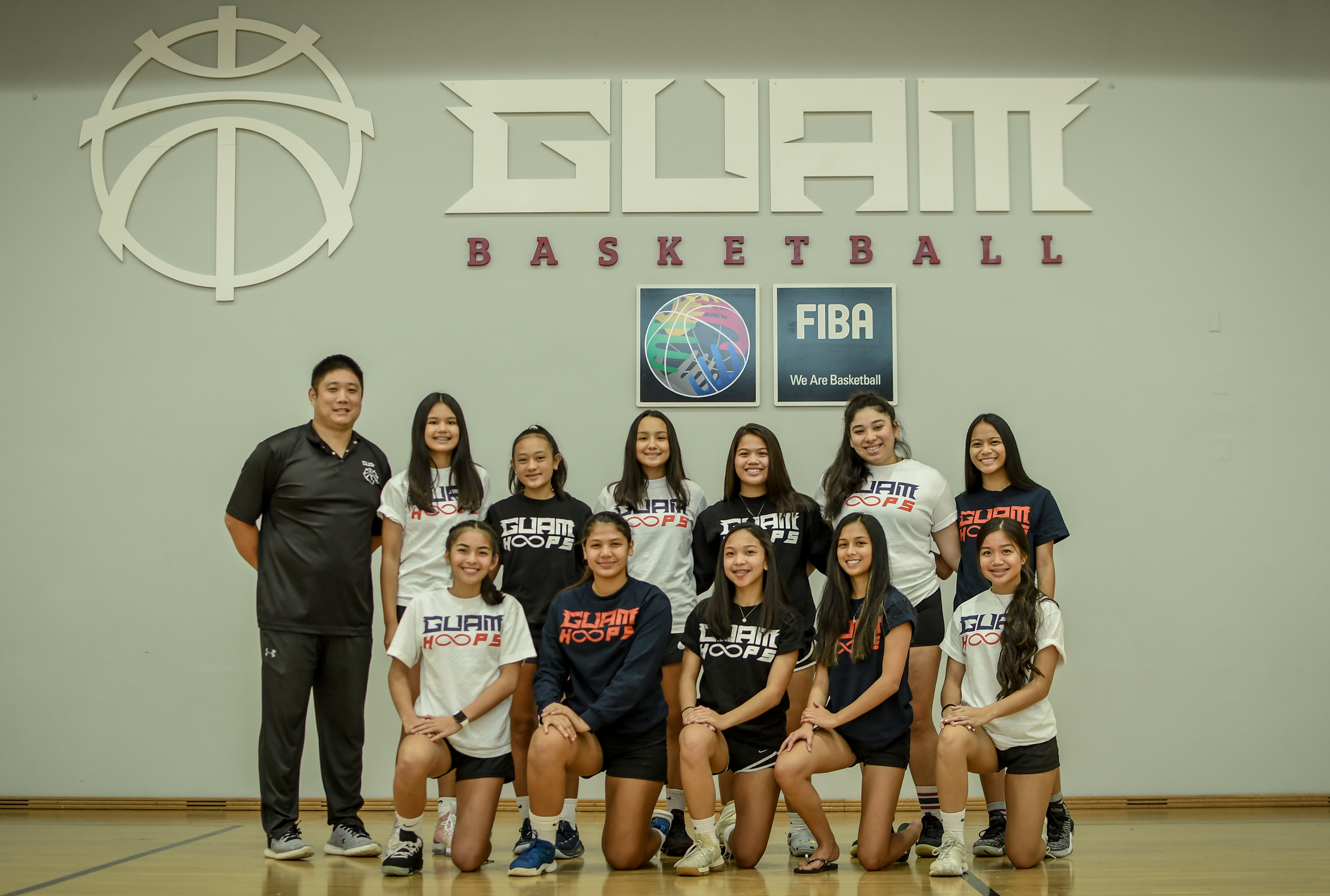 The Guam National U17 Girls Basketball team is gearing up for FIBA Oceania Basketball tournament scheduled for August 17th. Head coach Jimmy Yi has been busy all summer training the next batch of prospects ready to prepare them for the region’s best players.

The last FIBA U17 Oceania tournament was hosted on Guam and the girl’s team took home the bronze medal behind power house teams Australia and New Zealand. The squad is looking to set the bar higher later this month in Noumea, New Caledonia.

Team Guam will be substantially under-sized, but will use their quickness and shooting to score buckets against the best in the region.

Alana Salas will use her experience from previous overseas tournaments to lead the team.

“Coming from the U18 tournament in India, I was able to see the competition first hand. Our best asset is our speed and our play making decisions,” said Salas. “If we are able to control the pace of the game and make smart decisions, we will be in a very good position against the other teams.”

Group A (Men’s and Women’s)

Group B (Men’s and Women’s)

Cori Paulino said the team is improving with every practice under the guidance of coach Yi.

“We’ve been working hard to get ourselves into game shape. I like Coach Yi’s practices because it’s structured and he uses practice time efficiently. We still have a lot to learn, but Coach Yi breaks it down well for us to understand. He connects well with the players and our job as players is to work hard and be coachable,” said Paulino.

“I’m so honored and very excited to have the chance to represent Guam on such a big stage. Being a veteran player, every year gets more exciting,” said Salas.

“It’s an honor and privilege to be given this opportunity. I’m very excited because this is my first time traveling with the National basketball team representing Guam,” said Paulino. “With this being my first trip, my plan is to absorb as much as I can to better my game. I’m looking forward to it.”

The girls and the boys will travel together as one contingent to New Caledonia. The boys will be coached by Brent Tipton and assisted by Jordan Tingson. Stay tuned for social media updates and live streaming via the FIBA Oceania website.