UNBEATEN WARRIORS MUST PRESS ON WITHOUT INJURED QUINATA

If St. Paul is to continue its run to a first Kanto Classic tournament title, the Warriors girls basketball team must do it without injured star Isla Quinata. 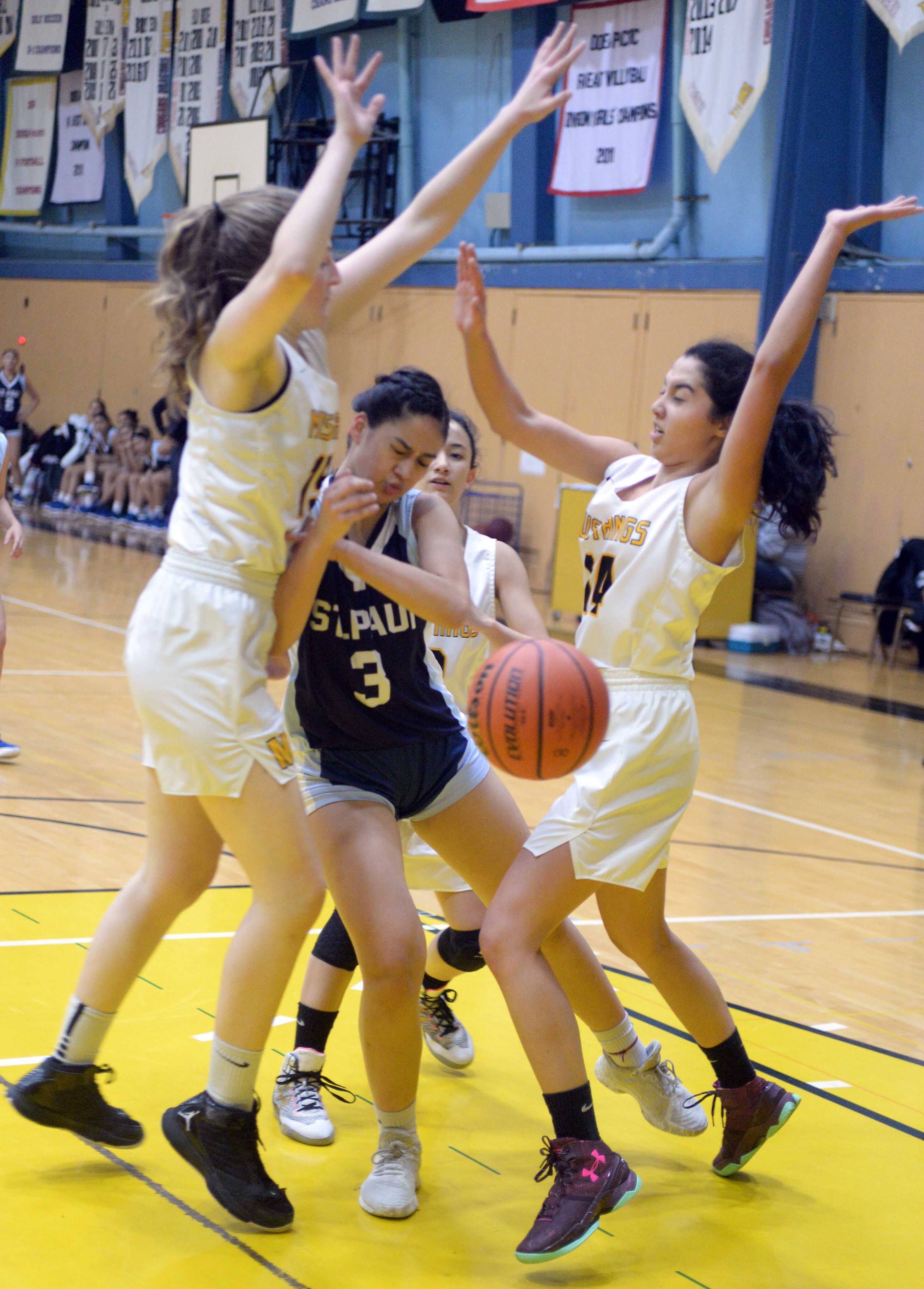 TOKYO – If St. Paul is to continue its run to a first Kanto Classic tournament title, the Warriors girls basketball team must do it without injured star Isla Quinata.

The first-team All-Island senior guard injured her right ankle on Thursday, Day 1 of the American School In Japan-hosted Kanto Classic. The Warriors finished the pool-play portion of the tournament unbeaten, but the injury served as cause for worry for coach Paul Pineda.

“She’s our MVP. She’s the glue that keeps everybody together,” Pineda said on Friday after Day 2 of play. The Warriors routed Kubasaki 44-12 and downed Christian Academy Japan 34-20 to finish tied atop Pool C with Academy of Our Lady of Guam, each 4-0.

St. Paul and AOLG are in opposite sides of the girls single-elimination bracket. Both teams open the playoffs at 1:05 p.m. Saturday, the Cougars against the Humphreys-ASIJ winner, while St. Paul awaits the winner of the Kinnick-CAJ matchup.

On the boys side, Father Duenas Memorial finished pool play 2-2 and opens the playoff round at 11:05 a.m. against St. Mary’s International School of Tokyo. The championship games are slated for 7:15  for the girls while the boys play at 8:30 p.m.