All-time best receivers from each school. Here we go! 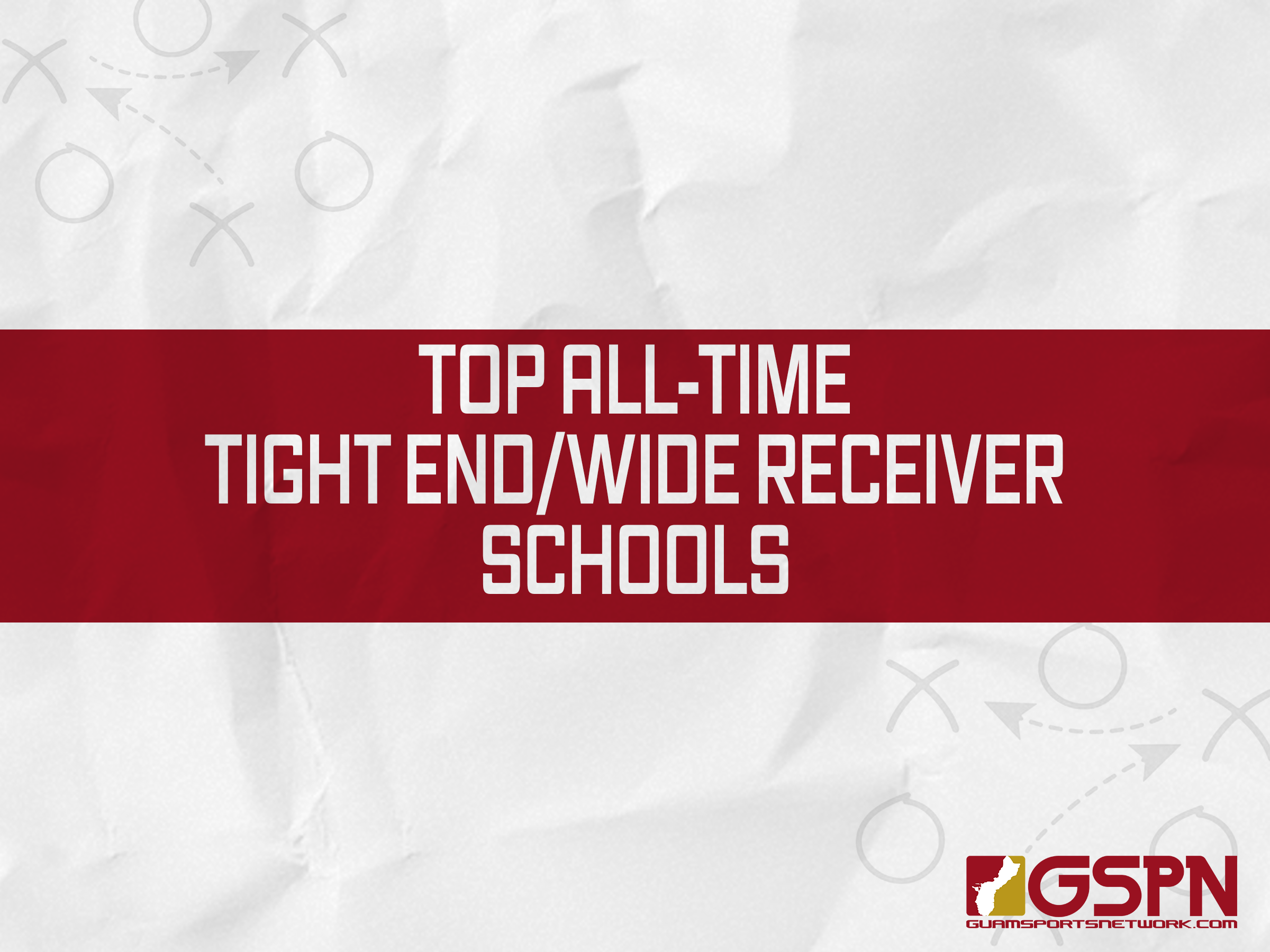 Pass catching is a fine art in the sport of football and those who’ve done it well over the years on Guam have not gone unnoticed.

Unlike the quarterbacks list and the running backs list, receivers were a little more scarce that we even included tight ends.

Whether it was catching it under the hot Saturday sun or in torrential downpours, we name the top receivers from each school.

Juan Muna is the best high school receiver I’ve seen on Guam. Some way, somehow, Muna found a way to get to the ball, the ball didn’t find him. While quarterback Joe Alviedo was running for his life, he’d fling in Muna’s direction. The rest was left up to the receiver who resembles Wes Welker or Julian Edelman. Muna would come back to get it, out-leap the defender and just want it more. And I don’t recall a dropped pass. Even the slant routes were executed to perfection. Warren Murphy was even smaller than Muna years later, but he, too, was a ball magnet. Baseball player Rudeinn Sablan was a not-too-shabby wideout himself for the Tradesmen before making a name for himself with the GML’s Exxon Tigers.

Danny Cepeda was a once-in-a-generation talent on the field and the basketball court. That’s well documented. His obvious height advantage was a given as he easily snatched high passes over the shorter defenders. In the mid 70’s, someone had to catch the passes thrown by Tony Posadas. That person was speedster Tony Greene, who formed the TNT tandem. Greene was the fastest 100m sprinter in those days when the track was gravel. Tight end Miki Moylan was ‘ol reliable. You need a catch and a first down? You look for Moylan.

Brandon Knapp is arguably the best tight end to ever play high school ball on Guam. Think Brent Jones or even George Kittle – and to think he never played football before FD. Throw him the ball and watch the defense cringe. Jared Ada was a smooth operator, usually down the sidelines. Xavier Naputi’s pure athleticism was fun to watch that definitely earns him a spot on the Friars top three.

Vince Lizama leads the way of Islanders receivers. Not your prototype at the position, but the best JFK has produced. Similar to Juan Muna, Lizama was a magnet for the ball and his football IQ was off the charts. Peter Nauta was an old school speedster who could draw in the bomb with ease. Jason Iriarte was a tall, lanky kid who wasn’t afraid to go over the middle, knowing he was about to get popped by the defense.

The pride of Panther Nation is Mattew Eaton, who went on to bigger and better things in college and was also signed to NFL slots with the Packers and Buccaneers. He was a delight to watch with his receiver skill sets.

The super talented Sandy Fejeran is the biggest receiving star coming from the south side.

Aiden Ferrara played just about every sport for the Bulldogs and excelled at football as well. There were some young studs at Tiyan to lay the ground work for the Titans.