The countdown to the most iconic jersey numbers continues in Part II! 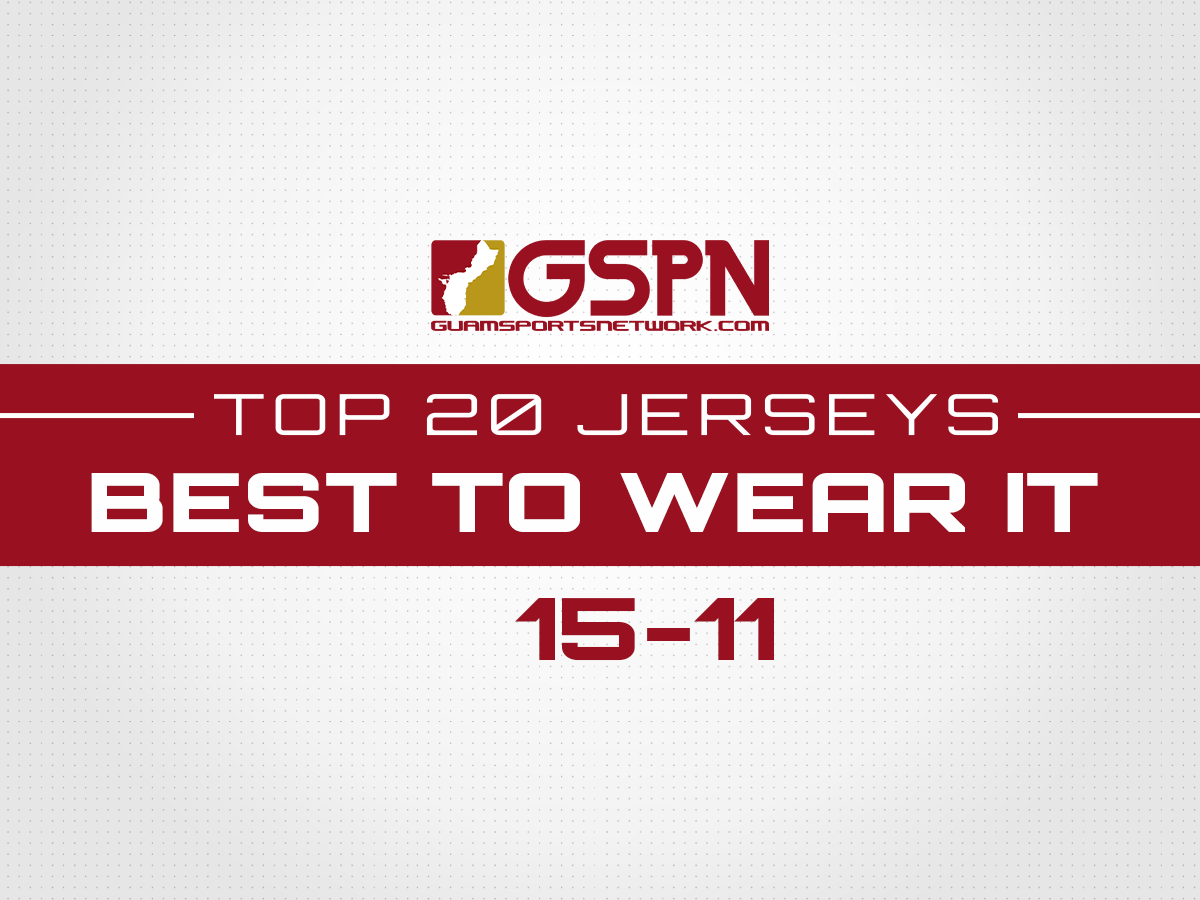 The countdown to the most iconic jersey numbers continues in Part II!

We’re taking a trip down memory lane to highlight 20 of the most iconic numbers in all of Guam sports and some of (not all) the biggest names to wear them, along with ranking them base on the athletes who wore them in this four-part series.

The 6: A captain on any volleyball court she steps on, Tatiana Sablan repped the ‘6’ for Guam for a long while before committing herself to the beach scene. High school championships were won as Devin Maluwelmeng and Rashaun Blas both wore ‘6’ while bringing titles to the Geckos in volleyball and basketball. Guam National Basketball’s Earvin Jose has rolled with the six for a long time and even Guam’s Erica Quichocho reps the ‘6’ for Guam’s National Rugby Team. Guam High’s Juan King, Jr. and FD’s Daniel Phillips wore 6 as well as well former National hoopster D’Andre Walker.

The 5: One of Guam’s greatest football players of all-time ‘Wild’ Bill Ada made the ‘5’ as memorable as the ’55’. Ada wore 55 at FD but switched to #5 in the varsity league because a certain Chairman occupied the double cinco. Brianna Benito also rocked the number in high school and international play, and she’s still recognized as one of Guam Basketball’s best scorers with a traditional low-post game (got it from her dad). The versatile Gerson Hoebing was a high-flyer back in the day on the volleyball court and covered some serious real estate out in Paseo Stadium’s center field. Point guard Arnold Mesa was a delight from his youth to his time running the show for Team Guam in the Pacific Games.

The 15: The first ever professional rugby player in Zach Pangelinan reps the 15 as a Houston Sabercat (Happy birthday to Zach!). Big man Mekeli Wesley also wore the 15 while playing for Team Guam, adding true veteran presence in the low block. Before Wesley, Guam’s Vince Estella made the 15 glide up and down the court. Notre Dame superstar Brianne Leon Guerrero made the 15 famous the past four seasons winning seven total championships for the school. Marlon Evans rocked the 15 while winning the MVP his junior season for the Harvest Eagles.

The 1: A plethora of athletes have gravitated towards the number ‘1’ which is synonymous with winning. Paul Claros tore up football and rugby fields in the 90’s to 2000’s as the most notable athlete to dawn the number. Pro basketball player and Guam National’s Curtis Washington took on the ‘1’ when joining the team and fellow basketball teammate Chris Conner also wore the ‘1’ while winning two titles for the JFK Islanders. Academy’s Joie Blas captured an MVP and league title wearing the ‘1’ and fellow Cougar Olivia Flores Elliott took on the ‘1’ post-high school for Guam Rugby. Old school football legends Angel Calugay and Roland ‘Wild Thing’ Duenas sported ‘1’ back in the day. In recent years, FD’s Kyle Gaitan rocked the one as did Men’s football leagues Ysu Mendiola, who wore the ‘1’ for two decades.

The 24: Aside from being the number of Lakers superstar Kobe Bryant (Robert Balajadia’s god), Guam has had a fair share of young athletes take on the ’24’. The top ranked multi-sport athlete of the last decade De’Aundre Cruz had his ’24’ retired for FD Football. The second athlete behind Cruz in the best of the decade was Matt Sojo, who made the ’24’ just as famous for the Sanchez Sharks. Title winners in Samyra Duenas (GW volleyball) and Niah Siguenza (St. Paul basketball) wore the ’24’ in each of their multiple championships and big men Ben Borja and Reed Meyer also soared in the ’24’. Youngster Blaise Ada will carry the torch forward with the number.