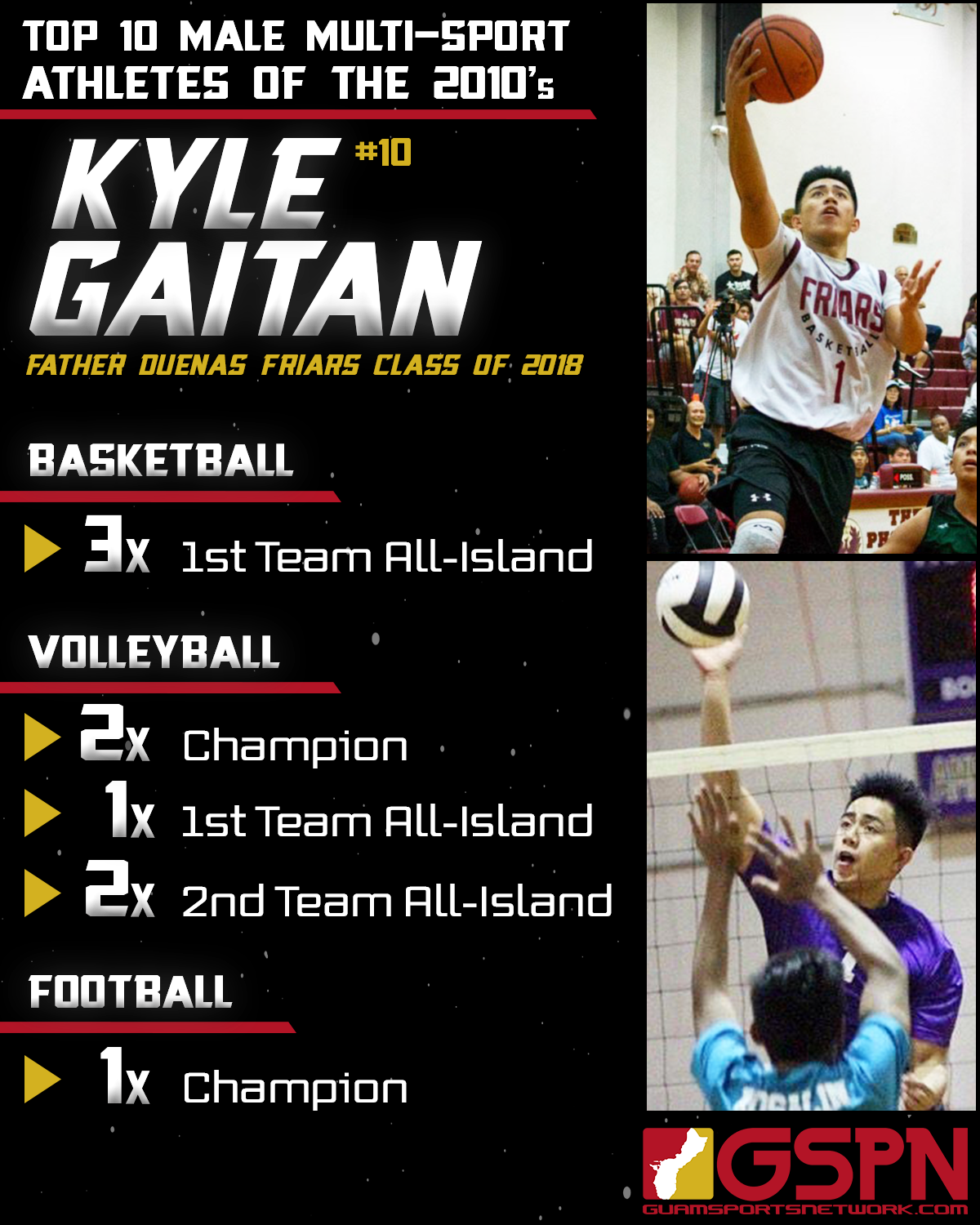 When Nathaniel Kyle Gaitan entered high school sports as a freshman at GW he already stood out. He was the work horse of the basketball team in just his first season, dabbled in cross country to stay in shape and became the team’s most consistent volleyball player in just his sophomore year.

Gaitan would transfer to FD for his junior and senior seasons, instantly becoming the focal point of the their basketball team as well as a polished all-purpose volleyball player that you could plug anywhere on the front lines.

Gaitan would make it to just one basketball title game despite being a perennial 1st Teamer as an upperclassman, though he would win two volleyball titles in his two seasons at FD. Gaitan also suited up to play football his senior season, but didn’t get many minutes after trying to compete with the team’s already proven talents.

Following graduation, Gaitan enrolled at Enderun College in the Philippines to play basketball.

“It’s an honor to be chosen for these kinds of things. It may be an accomplishment for me, but I hope to some day inspire younger generations to keep working hard and chase that dream! Keep putting yourself out there and be willing to learn!”