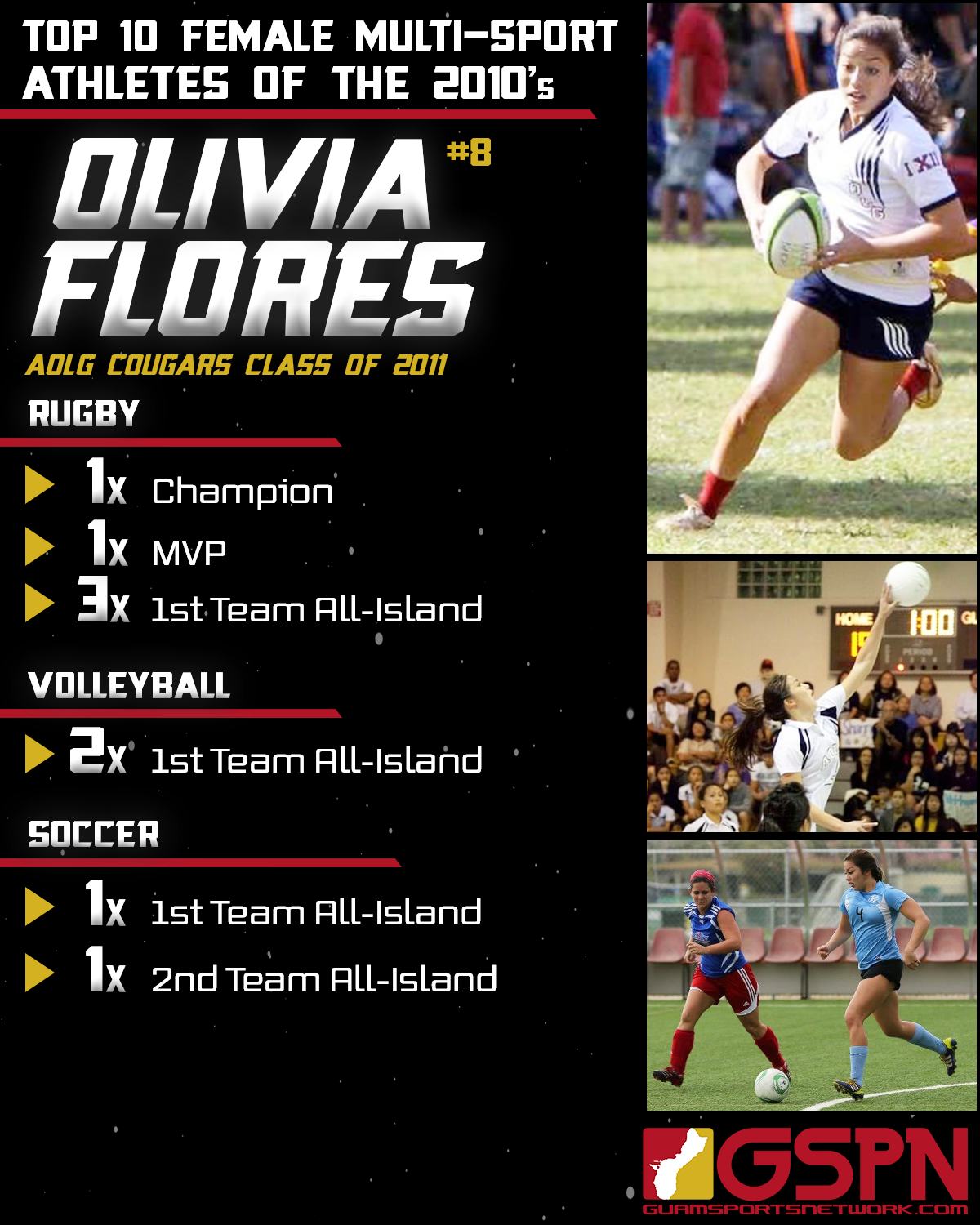 We continue the countdown with ladies #8 Olivia Flores of the Academy Cougars.

The post high school accolades of Olivia Flores could very well top her high school ones when you stack them together. Though, her high school play was nothing short of stellar as she took command of the Cougars volleyball, rugby and soccer teams as an upperclassmen.

Flores was voted as the leagues best outside hitter for volleyball for two straight seasons and led the team in scoring for soccer her senior year.

Rugby is where Flores really started to shine after being named the MVP of the league and winning a title her senior season. This was the last year that girls rugby would be played with flags, though Flores would prove later that the contact wouldn’t phase her.

Olivia is a current staple on Guam’s National Rugby team having toured with the team from Thailand in 2013 to Jakarta just last year. She’s won five women’s football titles with Team Legacy which makes it her adult accolades just as, if not more, impressive.

On top of all that, she’s a nurse and mother who still finds time to stay active! She now goes by the name Olivia Flores Elliott after getting married a few years ago.

“I feel very honored to be part of the 10 best multi-sport females of the decade. Ten years is a long period of time and there are so many great athletes that have made their statements throughout the years. I feel very fortunate to still be able to play alongside and keep up with all the rising stars and all the levels of talent. Their competition helps keep me young and drives my fitness. I have learned so much over the years and grown tremendously as a player and as a person. I feel so blessed that athletics has propelled me in so many ways in my life and provided me with so many unforgettable opportunities and friendships all over the world. I hope to continue playing sports for as long as my body allows, so that I set a good example for my son. I hope he picks up sports and I look forward to sharing all that I know with him.”