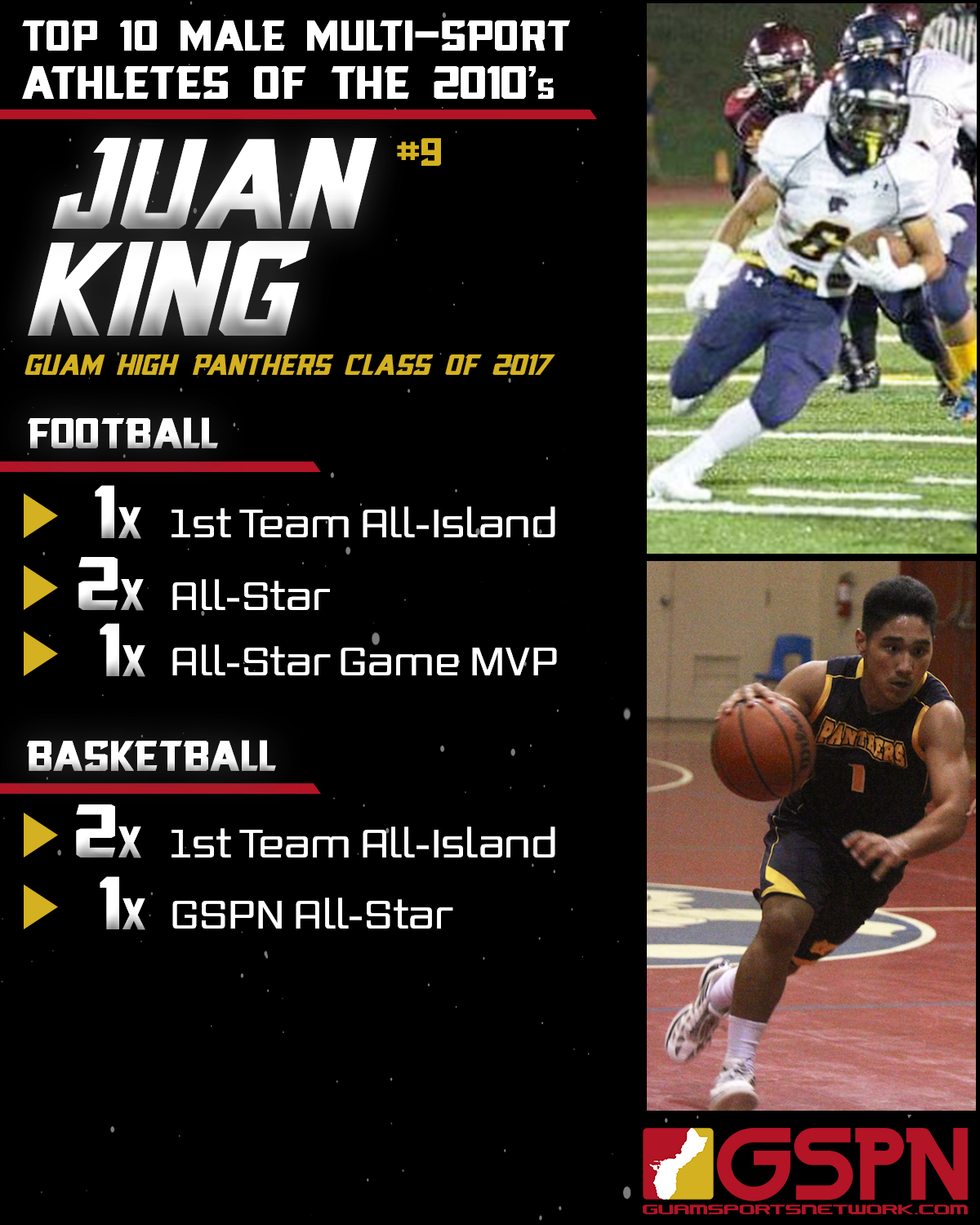 We continue the countdown with #9 Juan King of the Guam High Panthers.

Whether it was football or basketball, you could guarantee that Juan King was going to light up the scoreboard. Juan could be considered one of youth football’s most electrifying players ever and he elevated his play in the high school scene.

King had led the team in touchdowns two seasons at Guam High, though he lost out on his junior year due to breaking his tibia in the opening game of the season. He would come back strong in his senior campaign, notching a 1st Team RB selection as well as taking the GSPN All-Star Football Game MVP honors in a highlight tape that was dominated by his runs (video below).

Juan was selected as an All-Star for both basketball and football.

King was a walking bucket in basketball, amassing a career game against the GW Geckos where he scored 48 points as a senior. King would spend a season playing basketball at FD in 2015 as a sophomore and was still a perennial starter on what many believe was the most talented basketball roster ever from 1-15.

King would take his talents to Culver-Stockton for a year before transferring to North Park, reuniting with older brother Jujuan King.

“One word, Blessed. I want to thank God for giving me the opportunity to play sports. I also want to thank my family for the continuous support throughout my life. Thank you GSPN for nominating me to be on the Top 10 Multi-Sport Athletes of the decade.”