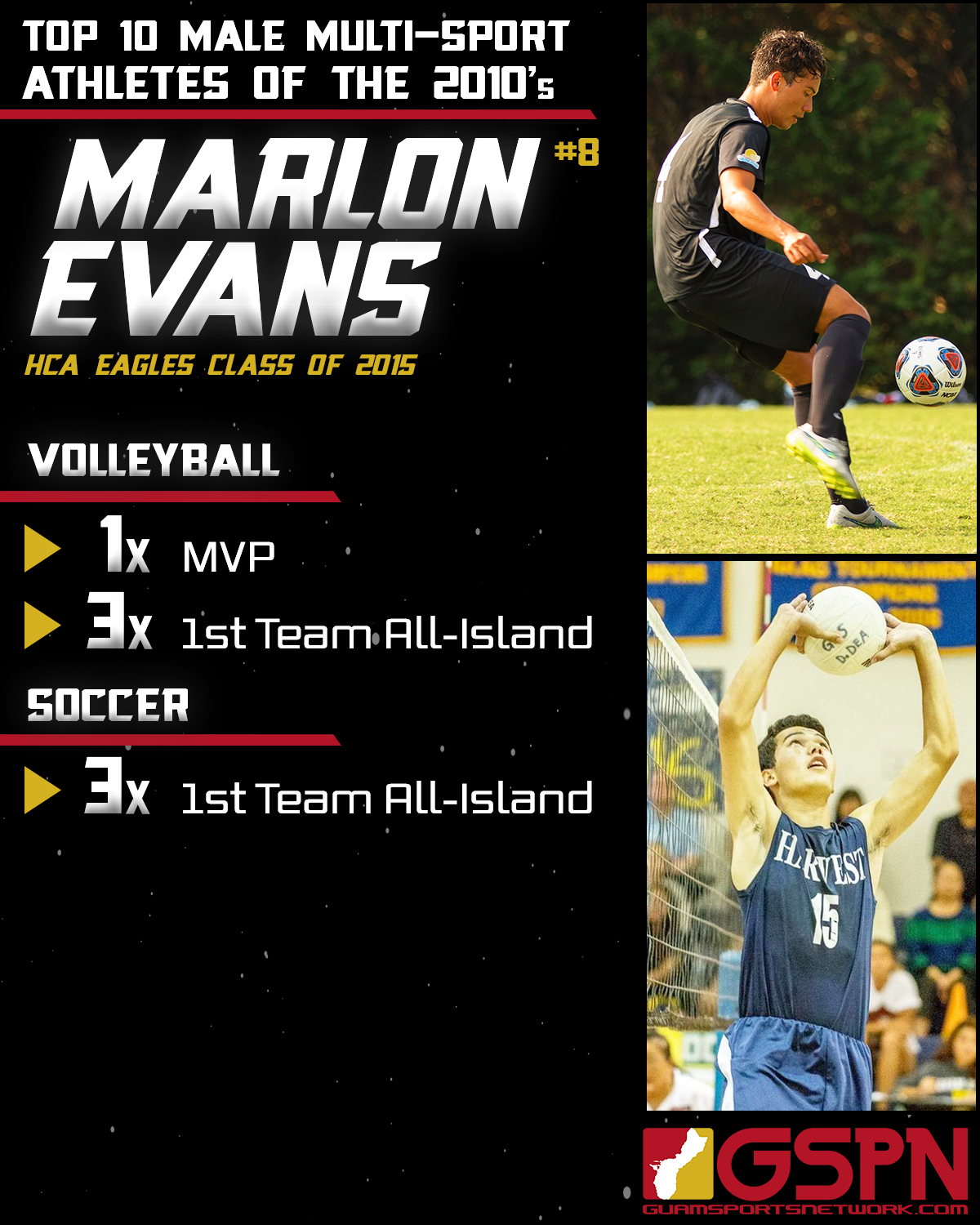 We continue the countdown with boys #8 Marlon Evans of the Harvest Eagles.

You’d think given his size, Marlon Evans would be the team’s middle blocker, if not the outside hitter. Then he would line up as a setter and you’d instantly see that it was the best position for him by the way he’d set up his teammates. Very rarely did he make errors, but it was his timing and perfect ball placements that won him league MVP his junior season.

Evans was actually a better futbol (soccer) player than he was at volleyball in large part due to his versatility. From the defensive side, he was stout and had enough quickness to keep the best players on the opposing side neutralized. His ability to play the length of the field as a mid was as good as any in the league, but his most lethal position was as striker, leading the Eagles in scoring an grabbing 1st team three out of his four years playing.

Evans would pursue collegiate soccer after graduation playing for the North Greenville Crusaders before joining the Matao, Guam Men’s National Team. Evans would be called up to join Detroit City FC late in 2019, where he continues to play out his professional career.

Marlon’s reaction to being selected

“It’s an honor to be placed on this list amongst many other talented and dedicated athletes on the island. I hope that all the athletes on the list and I can motivate the next generation of athletes to raise the bar higher for Guam’s athletics. I also think that at our younger age, it’s important to dip your toes in different sports to find what you’re truly passionate in and want to devote your training towards.

“I also want to point out the fact that all the sports I’m being acknowledged for on this list are team sports. Without any of my coaches or teammates through out my career, I wouldn’t even be close to being mentioned on this article. The bonds I’ve created with so many of my teammates throughout high school and college are something that I still cherish to this day. So I just wanted to give a quick ‘thanks and I love you all’ to every one of them.”