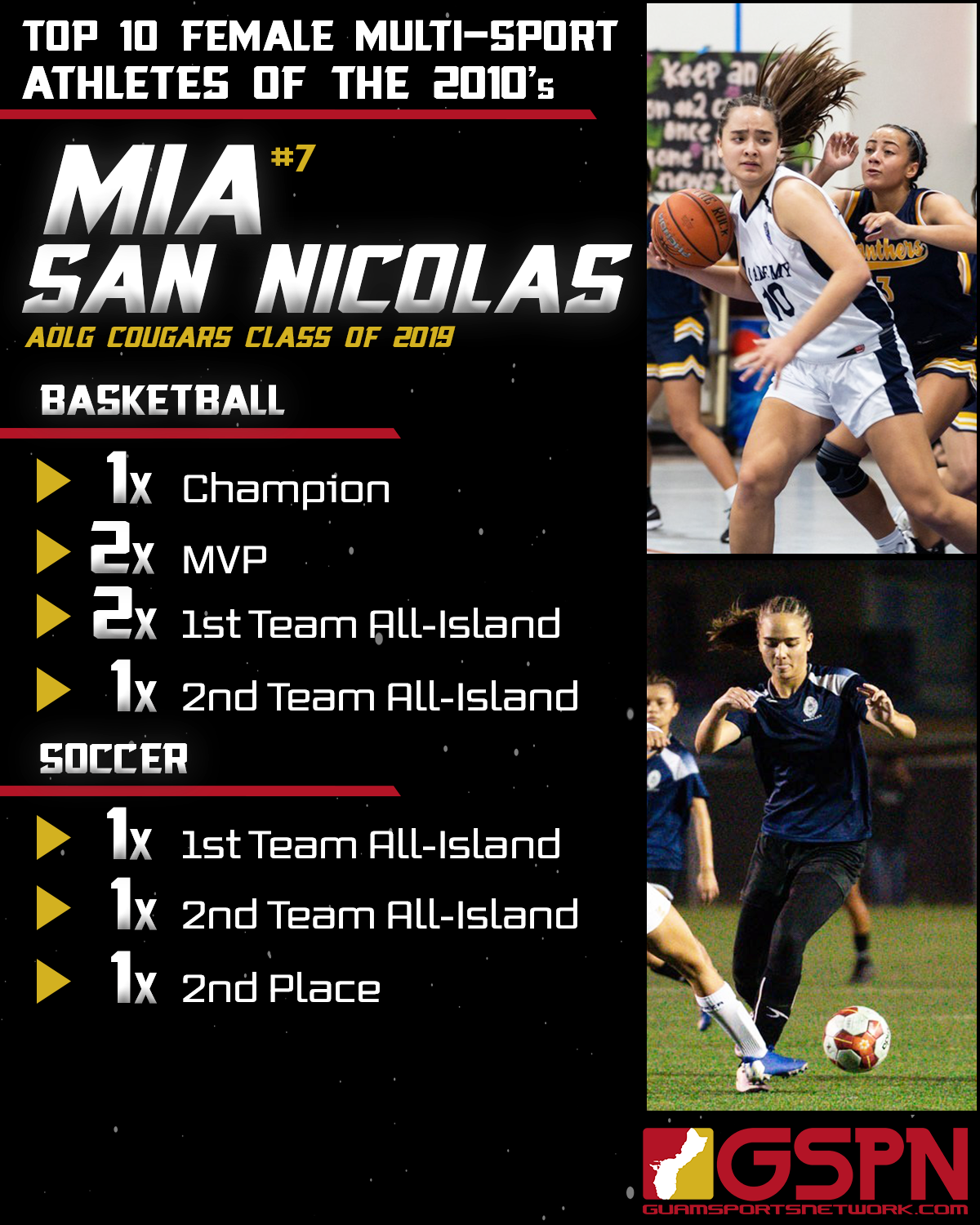 We continue the countdown with ladies #7 Mia San Nicolas of the Academy Cougars.

San Nicolas came into high school having a clean slate of basketball championships from Bishop, which built up the hype around how the six-foot freshman would perform. She responded by helping the Cougars win a title in just her first year to continue her winning ways.

Mia would run into adversity later that year after tearing her ACL in soccer, which forced her to miss her entire sophomore season.

She came back strong in 2017 by winning the league MVP and was a point away from winning a title that same year. San Nicolas would continue to dominate the league in 2018 by winning back-to-back MVPs which was highlighted by winning the Kanto Classic in her final high school basketball game.

Mia would also return to the soccer field in her senior season where she locked in a 1st Team selection while leading the Cougars in scoring. She would lead a charge in the playoffs to get to the Cougars to the title game, netting two goals in a close loss to the ND Royals.

“I am so humbled! It is an amazing honor to be named along with other great female high school multi-sport athletes. I believe that we share a bond that allowed us to compete at an elite level, which brought the best out of us, our teams, our coaches, and our schools. I give credit to my parents, coaches, teammates for my athletic accomplishments. They were always there to provide guidance, instruction, and support not just for the sport but also in preparing me for life.”