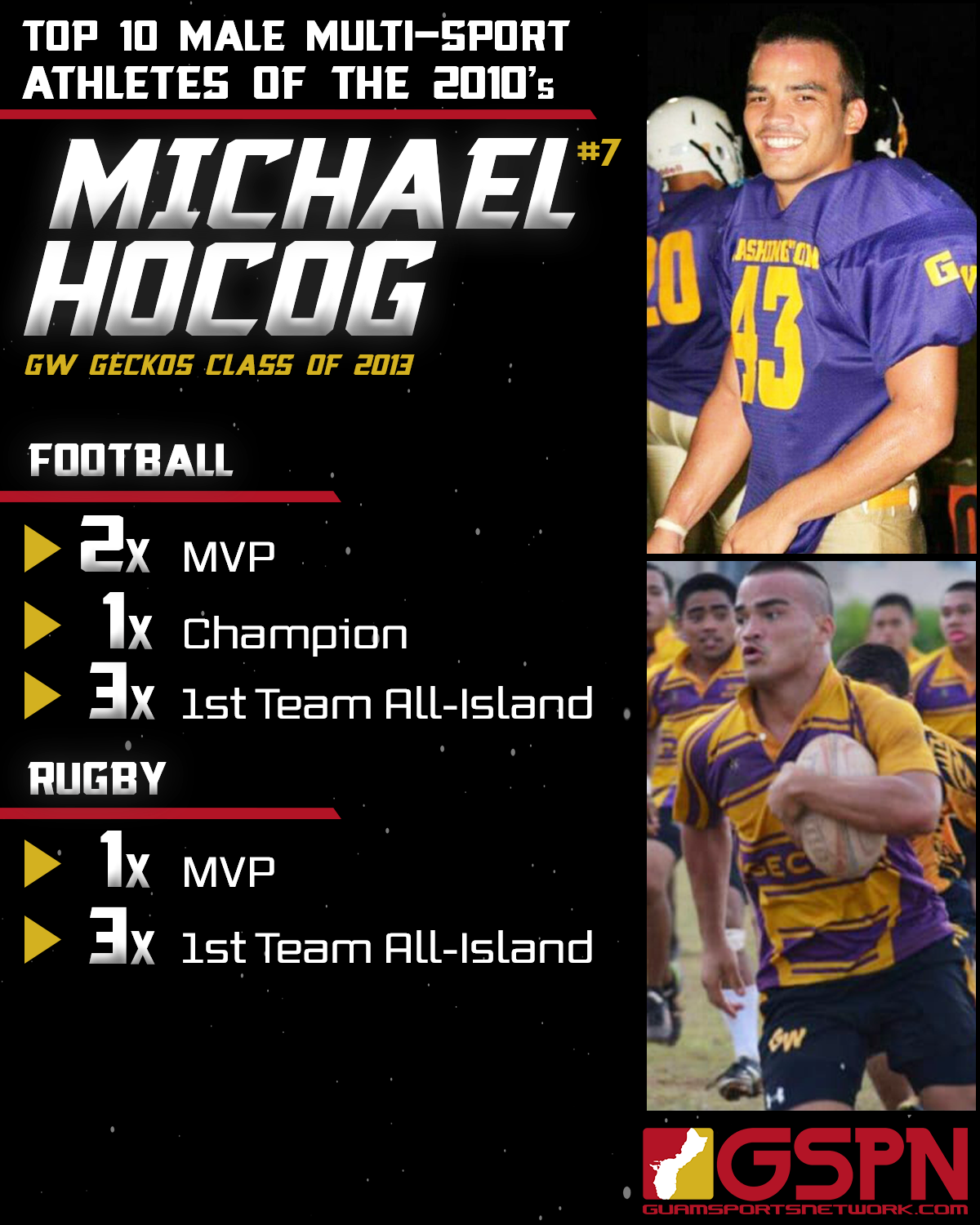 We continue the countdown with boys #7 Michael ‘Boise’ Hocog of the GW Geckos.

The eldest of three brothers, Michael Boise Hocog set the tone for football, taking after his father Michael, who was a star back in his heyday. Boise could shift to anywhere on the defensive front seven, but right in the trenches was where he really made his impact. Hocog won defensive MVP in back-to-back seasons as an upperclassmen with one title his junior year.

What Hocog lacked in height, he made up for in strength and tensity as he was often revered as one of, if not, the strongest players in the league.

Shift over to rugby and Boise went from a defensive stalwart to an offensive workhorse that proved difficult to bring down. Hocog would collect another MVP his senior season, wrapping a two-time MVP winner in two different sports in the same year. The Geckos would finish 2nd that season.

Hocog’s younger brothers Kelvin and Damon would also win defensive MVP after both previously stated that Boise’s accomplishments had inspired them to perform at the same level.

“It means a lot to me and I would have never been expected to be selected to be a part of this list. I’m speechless. I hope I inspire others to come out and play football and rugby.”