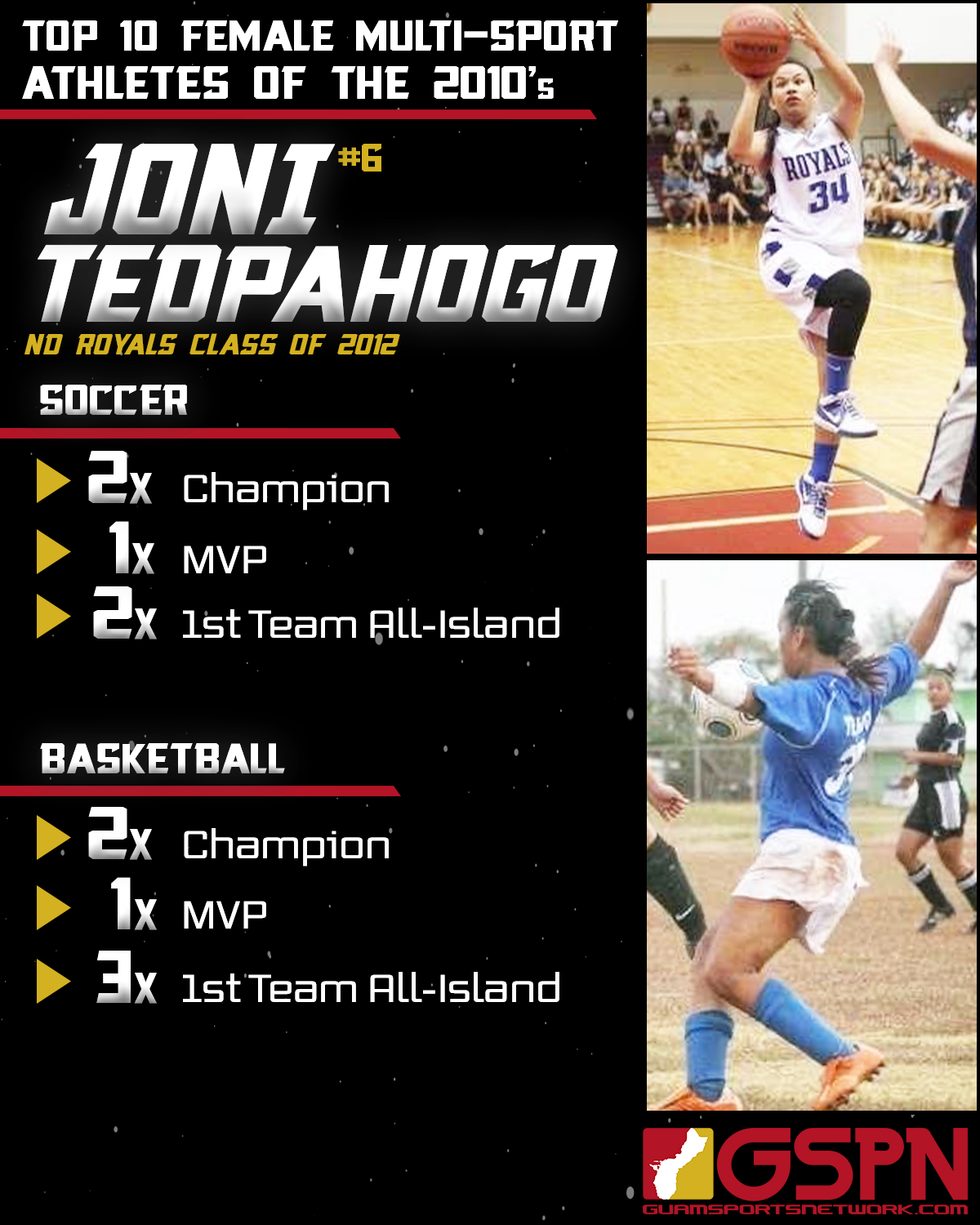 We continue the countdown with girls #6 Joni Tedpahogo of the 2012 ND Royals.

The early 2010’s saw the becoming of one of the most dominant athletes in the generation in ND’s Joni Tedpahogo. She brought excitement to soccer and basketball with an aggressive, yet skillful approach.

Tedpahogo won back-to-back basketball titles her sophomore and junior year, winning the MVP award a season later. She was an aggressive guard who wasn’t afraid of contact, adept at finishing in heavily guarded lanes, but also loved getting her teammates involved.

On the soccer field, Joni was a dangerous forward who put goals away every chance she could. She would also win MVP her junior season, winning two titles in what would be the 4th straight for one of the many Royals Dynasties.

“After 2012 I slowly slipped away from sports because of adult hood. Being contacted after 8 years while I’m no longer living in Guam, I am truly and deeply humbled to be rewarded with this recognition.”