FINAL SEEDINGS GETTING CLEARER AFTER DAY 3 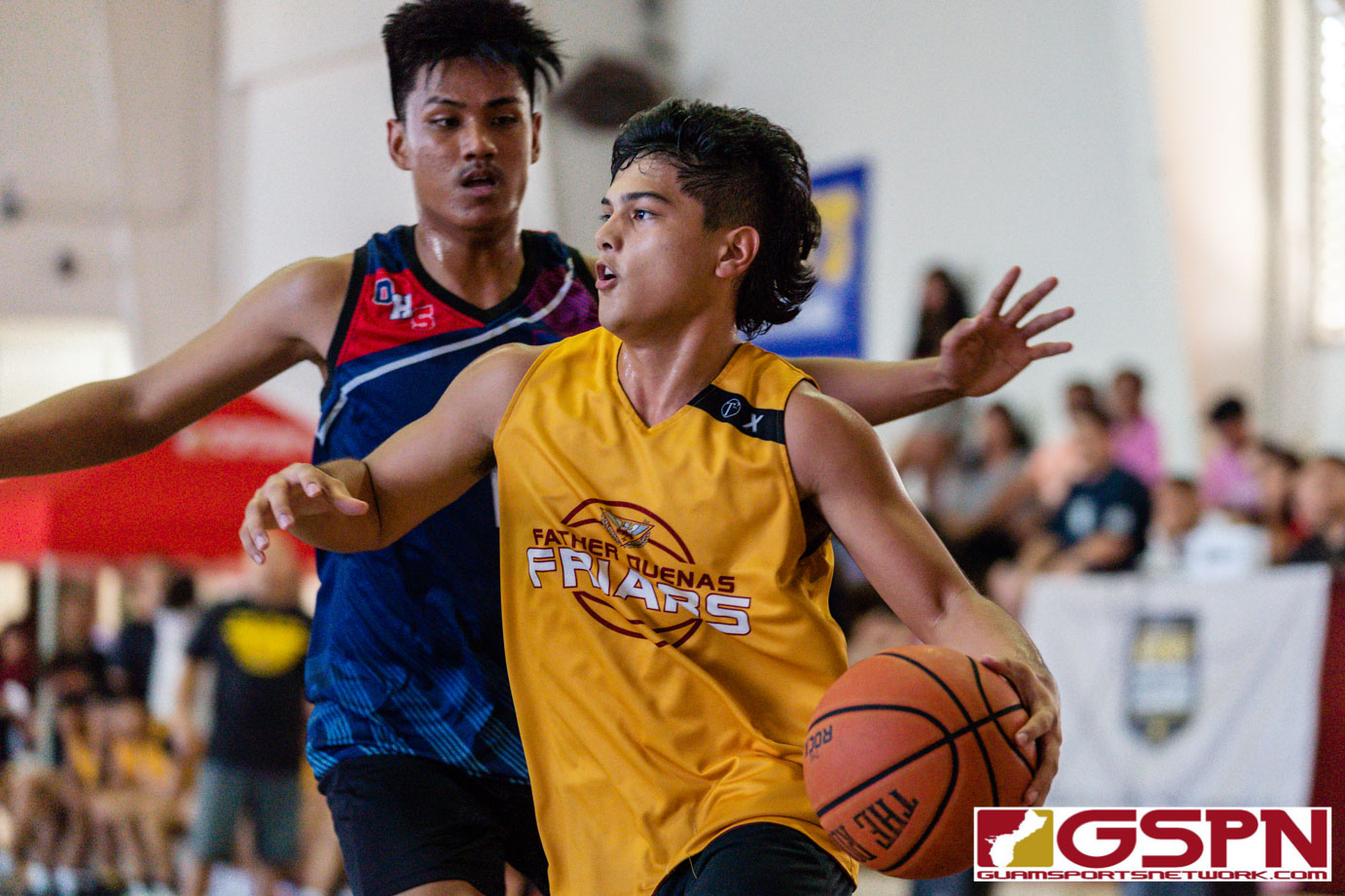 Teams fighting for the number one seed moved a little closer to securing their final seeding after Day 3 in the GSPN Preseason Tournament, presented by the Guam Army National Guard. The FD Friars took out the Okkodo Bulldogs in a battle of unbeaten and the St. Paul Warriors and JFK Islanders added more anticipation to their game after picking up Sunday wins.

The Islanders were in the groove all game long after displaying their strong chemistry in their win over the Sharks to improve to 2-0. Guard Jeremiah Kintoki scored 15 points to lead the fun-loving team with three Islanders dipping into double figures. The Sharks guard Isaiah Malig scored 15 in the loss.

The Panthers had a rough start to the tournament on Saturday, but looked much more comfortable in their second game of the tourney. The Panthers pulled away from the Royals in the second half with center Tobias Eckles netting 12 points in the win. Tyler Concepcion scored 11 to lead the scrappy Royals.

The Eagles picked up their first tournament win over the five-man squad of the St. John’s Knights. Even without leading scorer Joe Henderson, the Eagles got a 12-point performance from leading scorer Jan Gonzales. Miles Ganeb and Ben Borja scored nine points for the Knights.

The Friars and Bulldogs packed the gym for a battle between Pool A’s top squads and the Friars showed out to take hold of first place. Center Matt Fegurgur threw down a dunk to wow the crowd and flexed his shooting touch to the tune of 10 points. Christian Leon Guerrero also scored 10 as FD controlled the action from the opening period. Bulldog center Ryan Cajigal was the game’s leading scorer with 15 points.

The closest game of the tournament thus far had an exciting finish, but the Panthers were able to stave off the Titans for their second straight win. Guam High’s Ryan Taitague and Nick Keefe scored 14 points in the win while Tiyan’s Westbrook Concepcion and Laurence Decano scored 12.

Speed and forcing turnovers have been the M/O of the Warriors all tournament long and they pressed down on the Sharks to move on to a Pool B best 3-0. Audrey Dela Cruz scored 20 points to lead all scorers and Thelo Orichiro added 18. Sharks John Macaldo scored 13 to lead the team in scoring. The win sets up a big matchup against the JFK Islanders Tuesday night with a ticket to the championship game on the line.