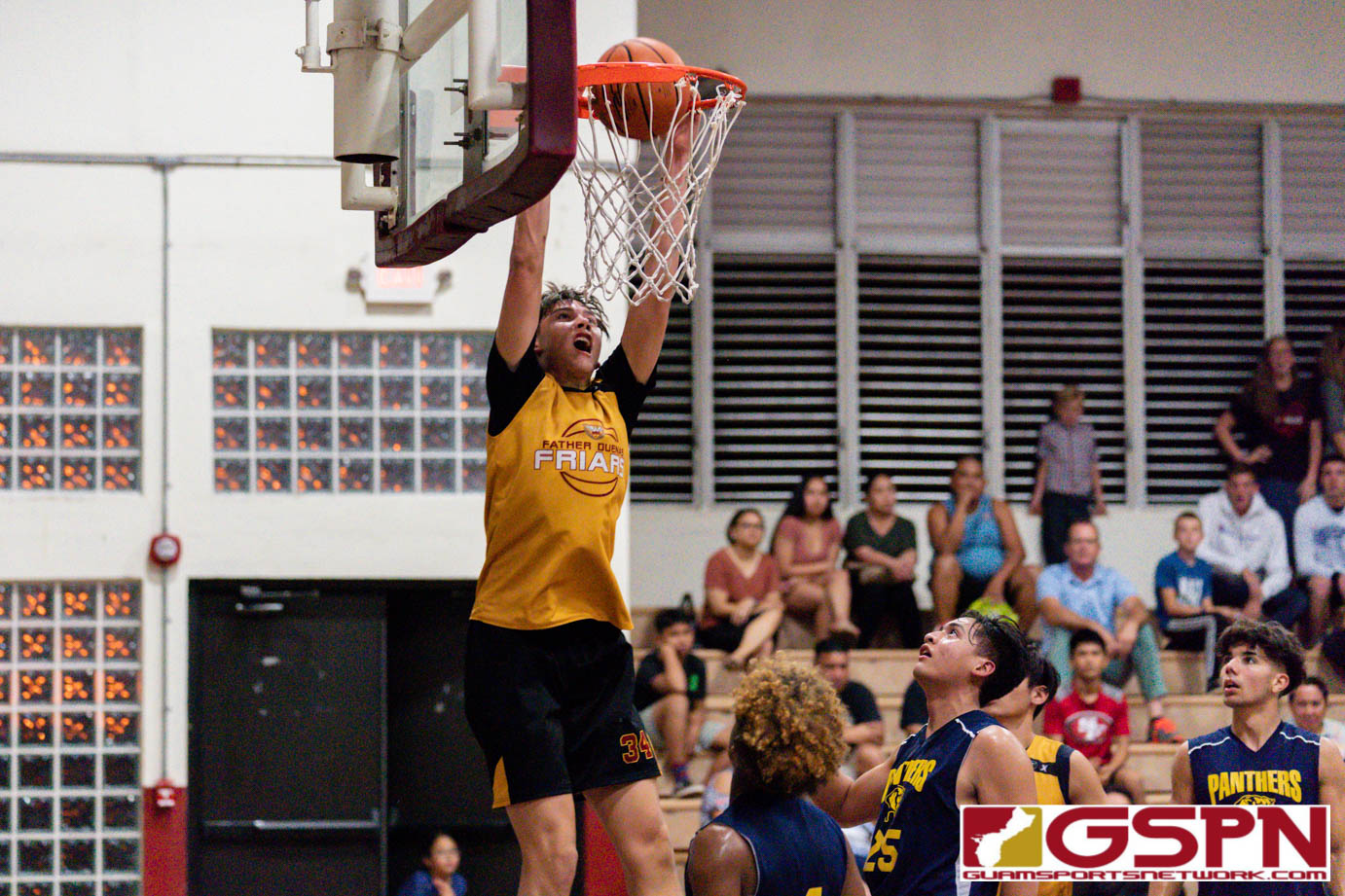 The JFK Islanders trailed the Harvest Eagles until midway through the 4th quarter and the FD Friars secured their spot in the Championship game during Monday evenings pair of games in the GSPN Preseason Basketball Tournament.

The Harvest Eagles has made great strides in the tournament and came to play against JFK, scoring the first seven points in the game and holding as much as a 12-point lead over the unbeaten Islanders through three quarters. It wasn’t until a barrage of three pointers from Rodson Simina and Jeremiah Kintoki got the team within 50-48. An and-one play from Dean Weilbacher put JFK ahead 51-50 and the Islanders never looked back. Siminia and Kintoki scored 14 points apiece and the Eagles were led by Connor Barnes’ 13 points.

JFK will face the St. Paul Warriors at 7 pm Tuesday with the winner advancing to the championship game as the top seed in Pool B.

The Friars locked up Pool A’s top seed with the win over the Panthers which automatically catapults them into the championship game.

FD continued to put the pedal to the metal from beginning to end as Monday’s win over the Panthers showed the versatility of their roster with swingman Elijah Garrido leading the way with 17 points. Guard Colin Santiago scored 11 points to round out the Friars top scorers and the Panthers got a team-high 11 points from Jason Jackson.