The FD Friars have taken the 2020 Kanto Classic by storm, winning the title over the unbeaten Kadena Panthers. 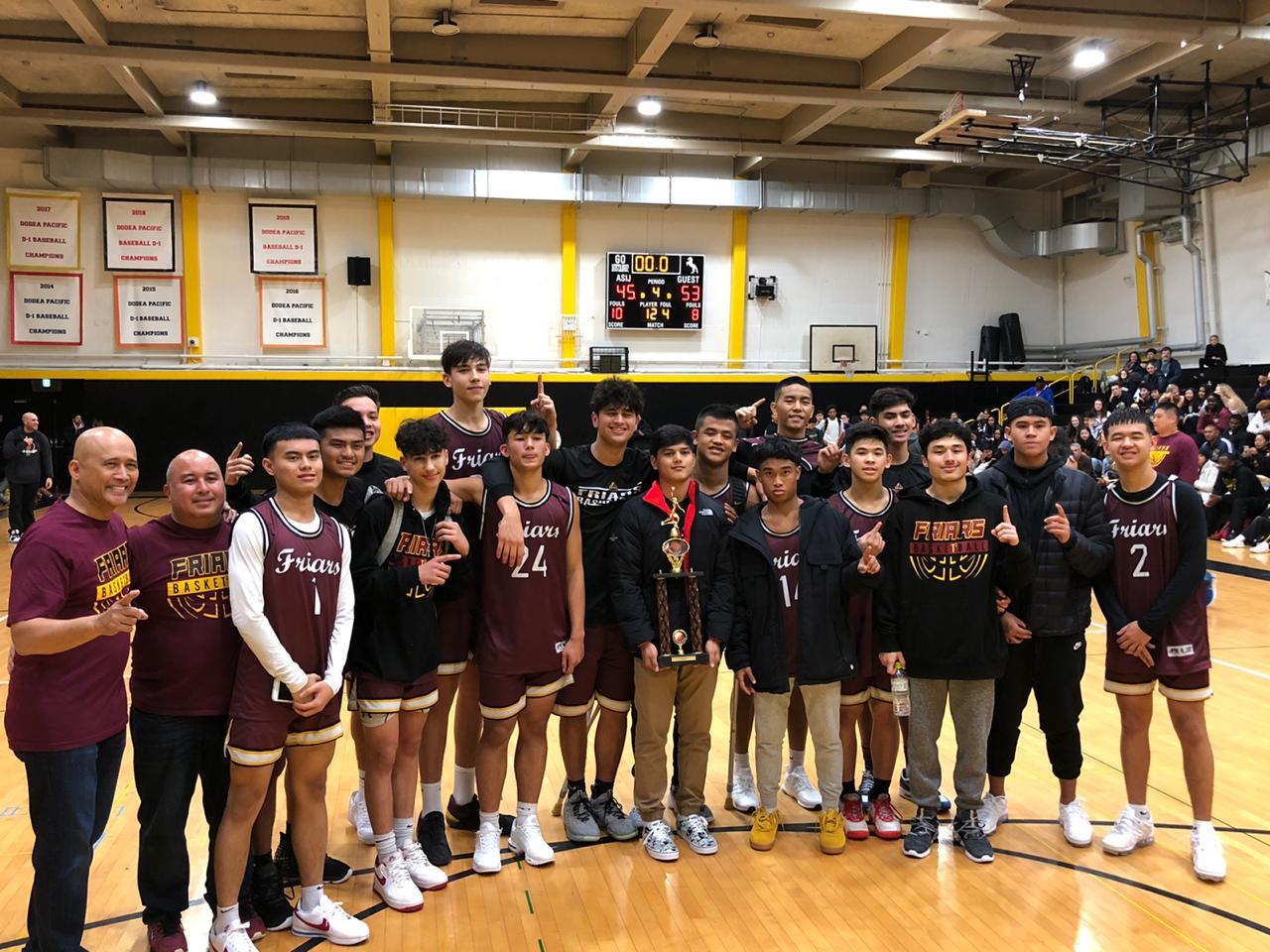 The Friars defeated the previously unbeaten Kadena Panthers 53-45 to win the championship after a long day of basketball. FD finished 2-2 in pool play and did not earn a bye round in the playoff pool format so the championship was the fourth game of the day for FD. The Friars started the championship game without the tournament MVP Matt Fegurgur due to soreness/cramps.

Despite not having their main player, the Friars played with a chip on their shoulder to take a five-point lead by halftime. FD guards Isaiah Pelkey and Colin Santiago provided the offense early for FD to go up 9-2.

The Friars expanded their lead to 32-19 in the third quarter, but the Panthers clawed back to get within three points in the fourth.

Defense was key and the Friars managed a pair of steals and making shots at the free throw line to win 53-45.

The Okkodo Bulldogs advanced the furthest from Guam, making it to the semifinals before losing to host school ASIJ 26-16. Angeli Dacanay said prior to the playoffs that their team was going to make adjustments after starting the tournament off with three losses.

The lower seed Bulldogs defeated Kinnick and Christian Academy of Japan before losing to ASIJ.

St. Paul and Academy also notched first round victories before succumbing to a quarterfinal defeat. Academy defeated Yokota in the first round led by Myka Terlaje’s 23 points.  St. Paul defeated Humphrey’s 34-16 also in the first round, Kat Santos led the Warrior offense with eight points.

Cougar Myka Jo Terlaje did make the All-Tournament team despite the Cougars exit in the quarterfinals.

The St Paul Warrior boys team also had a good run, making it to the final four. The Warriors were eliminated by the Kadena Panthers 43-29 in the semifinal game. The Warriors led in the first quarter, but the Panthers crafty guard were able to put Kadena up by double digits in the third quarter. The Warriors road to the final four was a dramatic one, defeating the host school, ASIJ 55-53 in double OT in the quarterfinals.