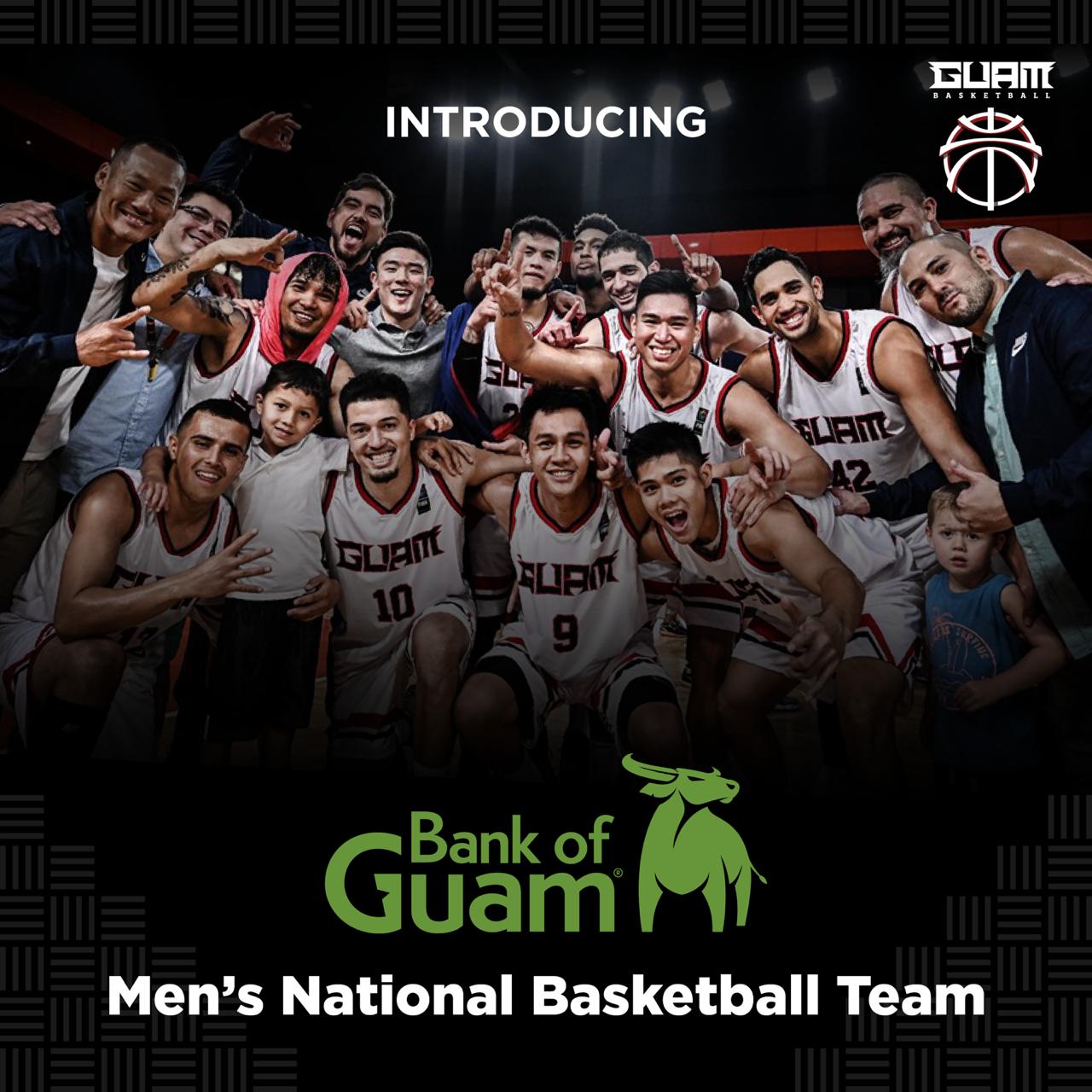 PRESS RELEASE – The Guam Basketball Confederation (GBC) is pleased to introduce Bank of Guam as its Title Sponsor for 2020, including naming of the Bank of Guam Men’s National Basketball Team.

“The announcement of our partnership today follows the news of the loss of one of basketball’s all- time greats. While we couldn’t be more excited to sign on as the title sponsor and to support the GBC’s mission of giving back to the community through sports it’s just as important that we support the dreams of those whose talents can go on to impact the world on a much higher level. Legends like Kobe inspire the dreams, fuel the drive and ignite the passion within many players, coaches and fans all over the world,” said Joaquin Cook, President and CEO of Bank of Guam. “We encourage everyone to come out and support the People’s Team as we host three Asia Cup Qualifier games against some of the best teams in the world.”

Tickets are on sale for The Bank of Guam Men’s National Basketball Team’s first home game of the Asia Cup Qualifiers versus New Zealand. The game is scheduled for 5pm on Sunday, February 23rd, at the UOG Calvo Fieldhouse. Tickets are available at all Foody’s outlets and online at seetickets.us/gbc2020 for $20 in advance.

“We would like to sincerely thank the Bank of Guam for their generous support,” said Frank Cruz, GBC Secretary General. “This support is critical to help us host FIBA home games of this caliber and travel to compete in the away games. We are so proud that our hometown bank believes in us and we are proud to showcase their branding on our uniforms.”

Coming off their second Pacific Games Gold Medal in a row, Guam is now ranked #73 in the world and #12 in Asia. “We have solidified our position as the best team in the Pacific, and now we have the opportunity to compete against the best teams we have ever faced,” said EJ Calvo, GBC President and Head Coach. “We are really excited to play here at home for local fans and we must thank The Bank of Guam for their support as we work to make history. Please come out and support the team as we face a tough New Zealand squad. We will do our best!”

Team Guam qualified for FIBA Asia Cup Qualifiers by going undefeated in the Asia Cup Pre- Qualifiers in Thailand. Guam will compete in Group C with basketball powers including Australia (#3 in the world, #1 in Asia), New Zealand (#24 in the world, #3 in Asia) and Hong Kong. The top two teams in the group automatically advance to the FIBA Asia Cup. The third-place finisher advances to a tournament where the top four of six teams advance to the Asia Cup in 2021. The fourth-place finisher is eliminated after pool play.