The FD Friars scored 35-straight points to defeat the GW Geckos in a rematch of last years Rugby Championship Game. 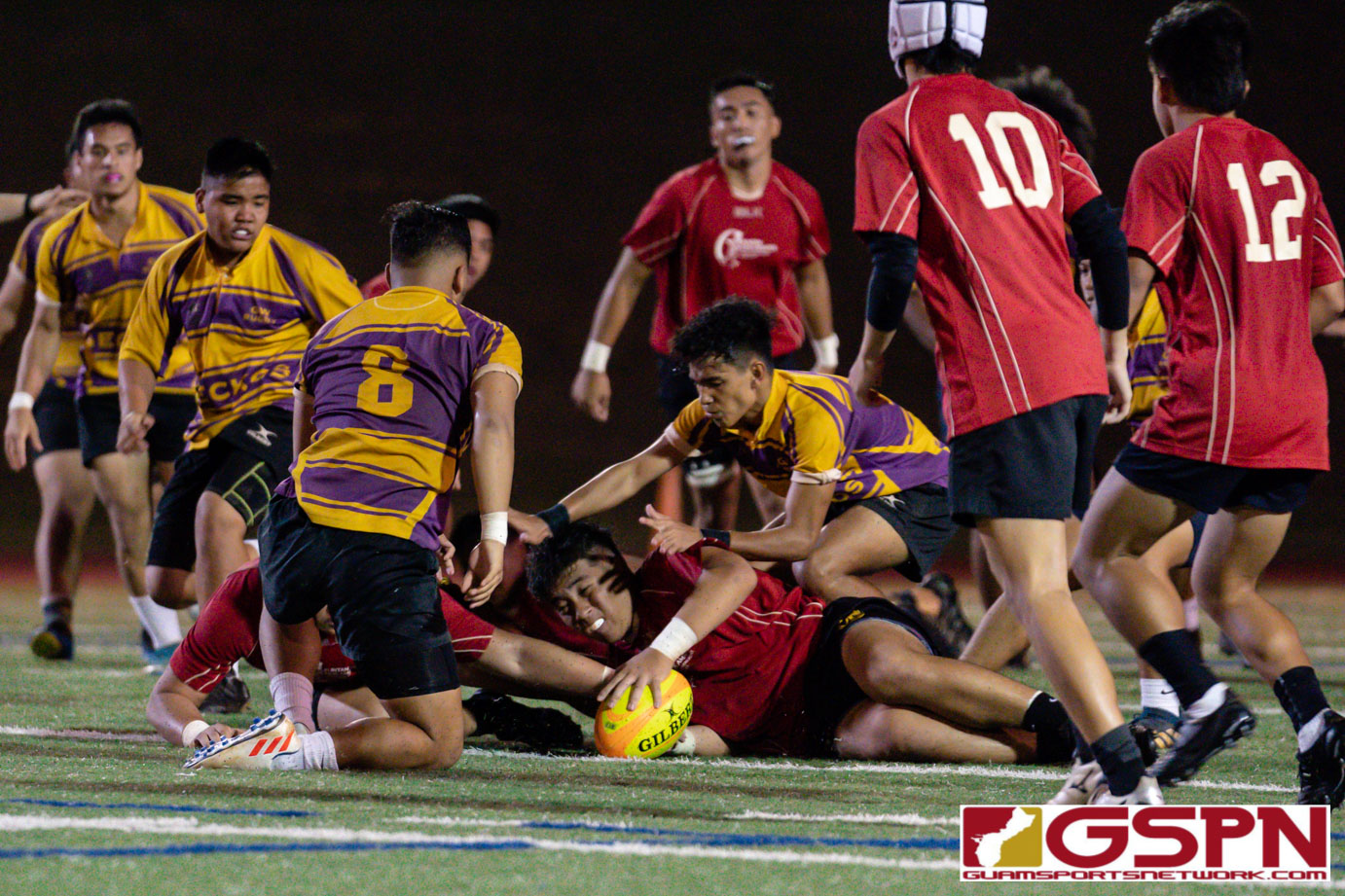 It was a long years wait for the FD Friars since having their rugby title streak snapped at the hands of the GW Geckos last season and Wednesday evening at Guam High was set to be their first showdown since in the GRFU/ISA Rugby League.

The Geckos struck the first blow, but the Friars responded in a big way scoring 35-straight points to take the victory 35-5.

“Coming off of last years lost, we definitely took that as fuel to our fire. Tonight we just wanted to make a statement that we’re still here and us wanting to work everyday is out key,” said Friars Aiden Bordallo, who scored twice.

Bordallo supplied the games first score to shift momentum back to the Friars just minutes after the Geckos had taken the lead. GW’s Mykai Blas scooped up a bad pass by the Friars at the 30-yard line and took it all the way to the house for the games first points. A missed conversion had GW up 5-0.

On the ensuing possession, the Friars marched all the way down the field with Bordallo barreling in for the score to tie the game. Miguel Hernandez would convert on his kick putting FD up 7-5.

“We didn’t plan for it,” said Bordallo on giving up the first score. “But once we were able to identify our mistakes we fixed it right away. Coming off of big things like that, those things really help propel our team to victory.”

FD answered with another score not long after as Adryan Lujan punted a kick down the middle of the field as Kein ‘Ghost’ Artero was the first to grab it off a single bounce, going the final 30+ yards at full speed for the teams second try, putting FD up 14-5 after another Hernandez conversion.

The Friars would turn in another score before halftime as Sage Shinohara tucked in a score after a scrum as FD held a 21-5 halftime lead.

The Friars will head into their BYE week at (3-0) knowing they’ve still got work to do.

“We’re going into our BYE week like any other week. We’re going to show up hard in practice and continue to get better,” added Bordallo.

The Geckos fall to (1-2) this season after losing a close game against the Okkodo Bulldogs over the weekend.