Guam Basketball’s youth camps have been going strong over the past few weekends while following restriction guidelines. 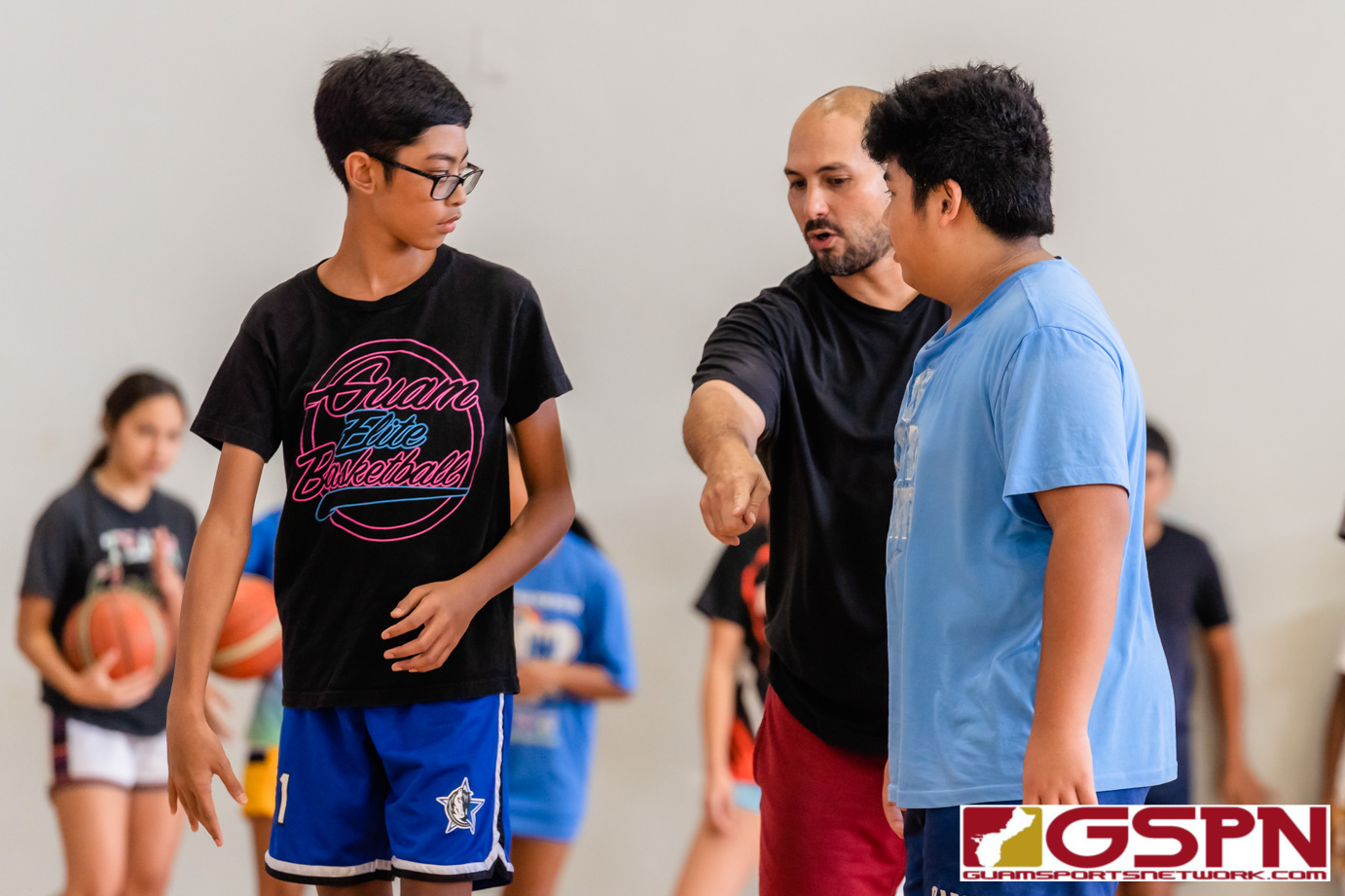 Guam Basketball’s Summer Camp series went back into full swing once Guam was elevated to Condition 3, fitting in their 3rd session of youth ballers in the three-day camp all-day Saturday. From Friday to Sunday, three groups of boys and girls high school and middle schoolers put in lengthy sessions at the National Basketball Training Center in Tiyan.

What was supposed to be a summer full of basketball has turned into a compressed session, but Men’s Head Coach EJ Calvo was determined to get the youth in as much action as he could. The middle schoolers and girls got started Friday evening while the boys put in three hours Saturday and Sunday.

“It’s pretty tough to be out here all day training since it’s not as spread out as we’d like, but we chose to do it this way, to put in intense training so we could really get into detail as opposed to just scraping the surface like what most camps do. We feel like challenging the kids who want to take their game to next level, whether National or even for their school,” said Calvo.

The slots for the camp filled up immediately and Guam Basketball was intent on keeping the list of attendees as small as they could. Even with the COR-3 limitations of 10 or fewer lifted, the camp sizes try not to extend past 30. Temperature checks, sanitation stations and a face-mask policy when not on the court are strictly enforced with no visitors allowed to sit in during the session.

“We’re learning from this. We want to be able to reach more kids with high level training. Also, not everyone is looking for this level of training and we know that others are interested in introductory basketball and we’re also looking for doing something for those players in the future,” added Calvo.

The state of high school and middle school sports will undoubtedly be affected by the COVID-19 crisis with some sports being shifted out of their normal rotation. Calvo made sure to address the attendees that the camp is something they can approach as if it’s off-season training.

“They’re not going to get better after just three days of training, you’re just going be exposed to a lot of information that you can take to get better. You really get better in the off-season when you’re not trying out for your team. That’s your chance to take what you’ve learned and improve with repetition. So they shouldn’t look at is as a bad thing, they just have a longer off-season and they can work on different facets of their game,” said Calvo.

Players from the Men’s National Team have all been doing their part in assisting in camp drills through each of the three sessions.

Session 4 is set to begin next weekend after the team had concluded a camp for guards, a shooting camp and now youth camp. Plenty of other seasonal activities are on the horizon for Guam Basketball, namely the youth, as Guam slowly starts to recover from the COVID-19 crisis.