The FD Friars and ND Royals were crowned champs of the GRFU/ISA Rugby Season. 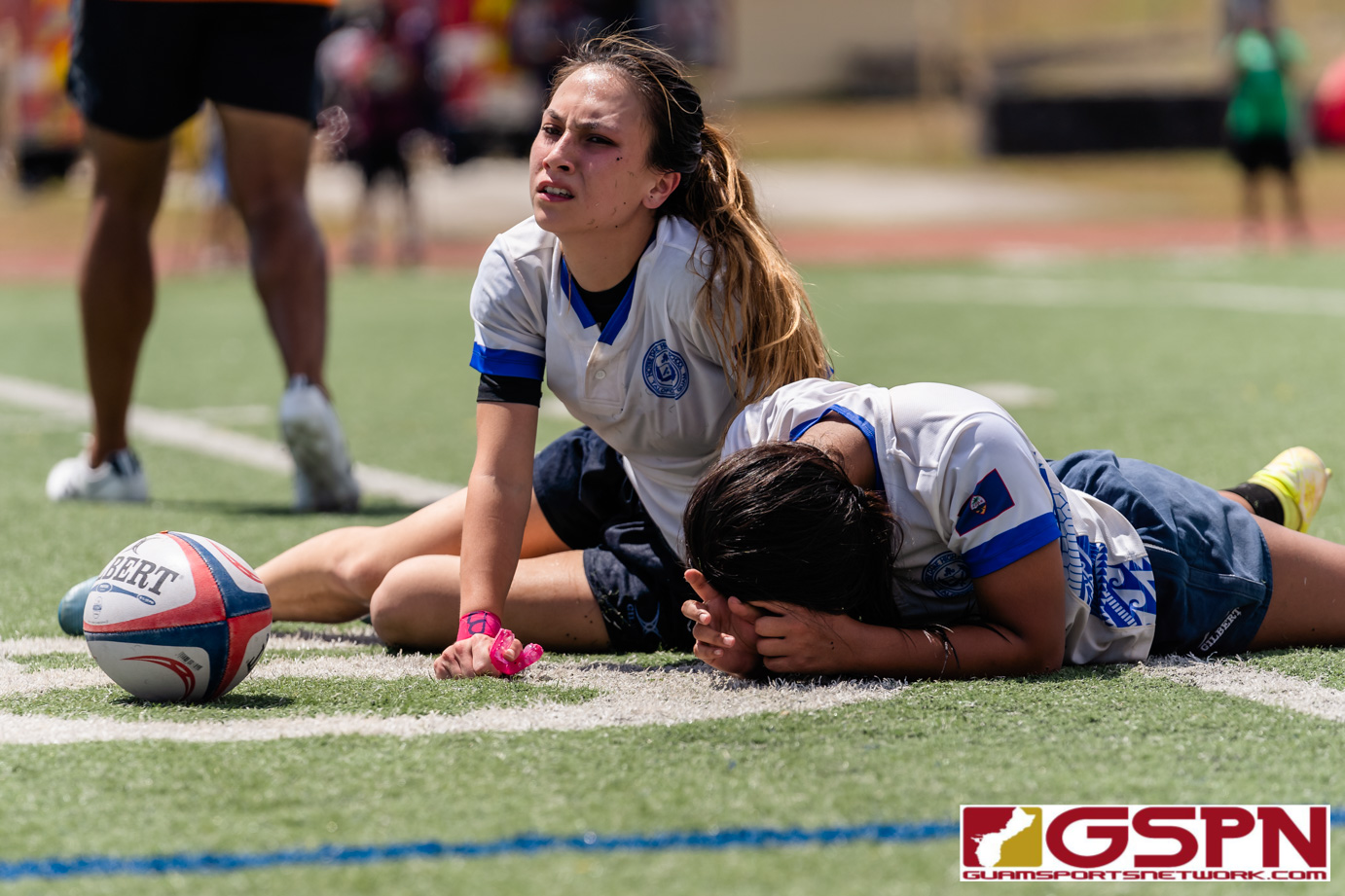 The 2020 GRFU/ISA Rugby Season held their Bowl and Cup matches Saturday afternoon at the Guam High Field to officially wrap up another hard-hitting season. ND and GW put on one of the best Championship Games you’ll ever see that needed double-overtime to determine a winner and the FD Friars used a second half surge to get past the Sanchez Sharks to reclaim the title.

Royals get the edge in Double Overtime

If the blazing sun wasn’t enough weight on the shoulders of the girls competing, neither team showed any signs of quit which made for a memorable Cup game. The Royals and Geckos were tied at 10 at the end of double overtime which enacted the ruling that the team who scored first in the match would be declared winner, via international rules. ND had scored the first try in the first two minutes of the game which gave them the win.

How the game got to 10-all and stayed that way had fans at the edge of their seats.

ND’s Gia Camacho scored the games first try just two minutes into the game after receiving a swing pass from Austia Mendiola for a quick 5-0 lead. GW answered right back with a score from Lucia Atienza, to even the game at 5-5. Saturday would prove a bad day for conversions with neither Cup game able to kick in a single one.

Camacho would get off to another quick start in the second half, scoring the teams second try while breaking loose for the final 50 yards up the right sideline to give her team a 10-5 lead. GW would score another late try on the left side, again from Atienza to tie the game.

ND would have to go majority of the second half and overtime without leading try and points scorer Hana Takano, who was sidelined by the coaches due to injury.

The Royals and Geckos would trade possessions of the ball, never getting closer than 30 yards from scoring, with more than three injury timeouts taking place as each player on the field was gutting out the longest game they’ve ever played.

“It was very exhasuting and I think we were all dying out there,” said Camacho on what it was like to be a part of that battle. “We all wanted it so badly and that’s why no one scored at the end. We all pushed hard and I’m really proud of my team.”

“They kept asking if I needed a sub, but I told them no! I knew this game was going to come down to defense and if it required me to go from one try line to the other try line to just protect that ball, I knew I had it in me to do that,” said Faith ‘Twinkle’ Moylan, who had already suffered an injury last weekend in the quarterfinals.

At one point, Moylan even tossed her blue scrum cap to the sideline, one that she’s become well known just to try and change the tide of the game.

“That was the best game ever. I’ve played a tough GW team for all four years, but that was the best one. It was the longest game, but I’m so happy that this was the one to end my senior year, even though I’m dying and my ankle is swolen,” added Faith.

Friars grind out second half tries

The Sanchez Sharks rose to the occasion and held the Friars to their lowest scoring half of the season at just one try. FD struck first blood on a Joe Green punch-in up the left side to take a brief lead. Sanchez knotted the game at one try each after captain Josh Sablan punched in a score from the left side midway through the second half.

FD settled into their game in the second half with a big try from Jose San Nicolas to take the lead, a try from Eugene Arriola to further their advantage and a game ending score once again from San Nicolas to end the day 20-5 with the Boys Cup.

“You always got to have faith and you always have to have heart. We believe in the system and our coaches give us the tools to do what’s necessary to win the game and we just used them correctly,” said San Nicolas, who was named MVP of the season in the post-game award ceremony.

San Nicolas put the final touches on the day after taking a penalty possession through five different Sharks for the games final try, followed by the game-ending whistle.

“It’s my last game for rugby so I just wanted to leave it all on the field,” said San Nicolas on the late-game try. “I really wanted to cap off my last one with a big game.”

The All-Island Team Selections will be posted soon