The Warriors picked up an away win over the Guam High Panthers in Friday night’s lone basketball varsity game of the IIAAG. 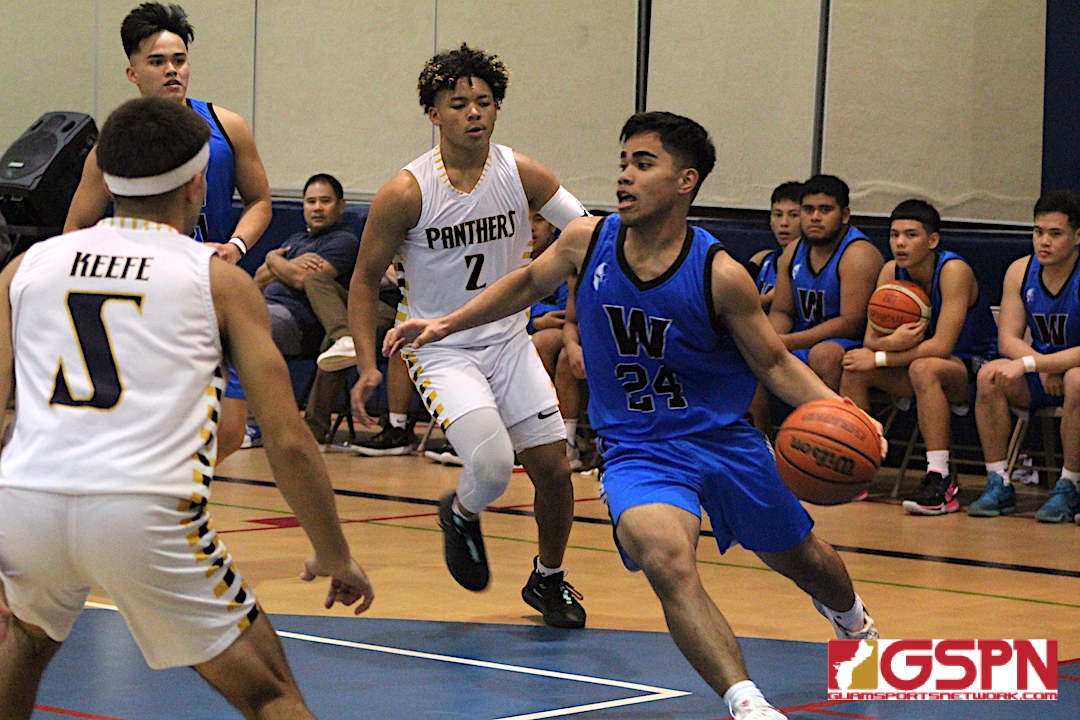 It didn’t take too long for the St. Paul Warriors to get in their groove against the Guam High Panthers with their defense fueling a big 2nd quarter run where they outscored the home team Panthers 20-3. The Warriors would hold the large lead throughout the second half to grab a 77-53 win in the IIAAG’s lone varsity game Friday night.

Leading the way in scoring for the Warriors was forward Hayato Tsuji with 14 points. Tsuji often gets most of his points off hustle plays, like fighting for offensive boards and picking off the passing lanes in the open court that turn into easy buckets.

“Everyone has a role on a team… I just do the dirty work. And sometimes I have games like tonight where I’m making my shots,” said Tsuji on his team-high scoring.

Friday’s game was close after the 1st quarter with turnovers plaguing the Warriors as they only led 16-12. The Panthers were finding success attacking the basket with Travon Jacobs netting five points and Tobias Eckles adding four in the opening period. St. Paul ramped up the defensive intensity in the 2nd to take complete control of the game.

“We just started playing harder defense than the 1st quarter. That forced them into a lot of turnovers which gave us a lot of fast breaks. That really changed the momentum of the game and we just kept it on,” said Tsuji.

The Warriors still maintained their large lead in the second half which allowed them to get their entire bench in the game. St. Paul retired their starters before the 4th quarter as they enjoyed a 61-26 lead, but the starters stayed just as engaged in the game cheering on each and every play their subs made.

“I was them before and only got two minutes of play, so I know all the struggles. That’s why we always stay encouraging each other,” said the senior Tsuji on how important it is for the veterans to show support.