The Okkodo Bulldogs opened up their season strong with a big second half spurt to beat the GW Geckos. 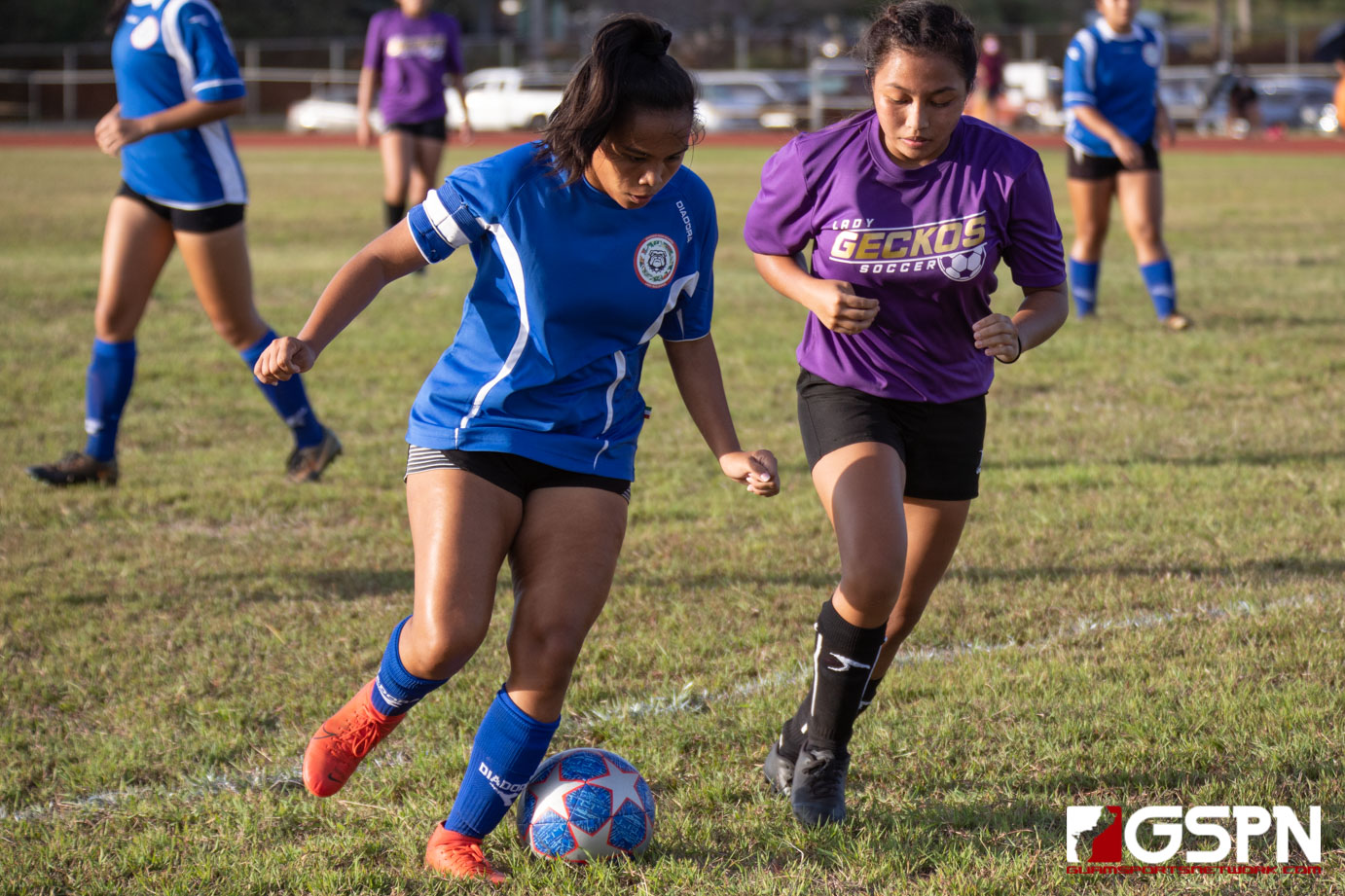 The Okkodo Bulldogs wanted to set the bar high in their first game of the ISA Girls Soccer season and they very much did so after posting six goals against the GW Geckos to the tune of a 6-0 victory at the GW Field Thursday afternoon.

Okkodo’s Candie Cura and Mia Borja had two goals each with the other scores coming from Jourdan Siguenza and Team Captain Isa’ann Perez. The Bulldogs dominated possession of the ball and kept the pressure on GW’s defense all second half.

Cura would strike first for Okkodo, taking a long shot from 30 yards out that found it’s way through the right window of GW keeper Ana Jae Paulino at the 10th minute of the game.

“I’ve been playing defense all my life so I’m very comfortable taking those kinds of long shots. It’s the better opportunity for me because I get scared when shooting from the front,” said the senior Cura on her sniper shots.

The score would stay 1-0 at the half before the Bulldogs offense started to fire up. Siguenza wasted no time in the second half as she broke loose in the middle of the defense for the teams second goal in the 46th minute.

Next to strike was Borja, who at the 49th minute took a contested left foot shot that bounced off Paulino for the teams third goal. Borja had taken three shots in the first half, but was upset with her placements as each shot went out of bounds. On top of all that, she has a bet with her brother, who also plays soccer for Okkodo, regarding goals scored with money on the line.

“If I don’t make more than one goal then I owe him $5 so I had to score,” laughed Borja. “It was also the heat,” she admitted that threw her off in the first half.

With the game getting further out of reach, the Bulldogs would erupt for three goals in the last four minutes of the game. Cura would take another deep shot from over 25 yards out to net the teams fourth goal at the 76th minute.

Borja would use another left-foot shot to at the 79th minute for the teams fifth goal with Perez ending the game on a goal off a rebound in the 80th minute.

The Bulldogs treated the second half as an entirely new game. GW managed just three shots at goal, but each shot was well contested as Okkodo kept their keeper out of harms way.

“I think it was what our coaches told us at the half,” said Borja on the teams strong second half play. “They told us that we should be doing better, and they were right, we could have played better, but we spent a lot of the first half just getting the feel [for the game].”

“We were trying to see how the Geckos would come out and play and we wanted to adapt to how they play. In the second half, we learned from what happened in the first half and just broke through,” said Cura.

Neither the Bulldogs or Geckos will see action until May 13th with the Bulldogs taking on the Southern Dolphins while GW will host the JFK Islanders.