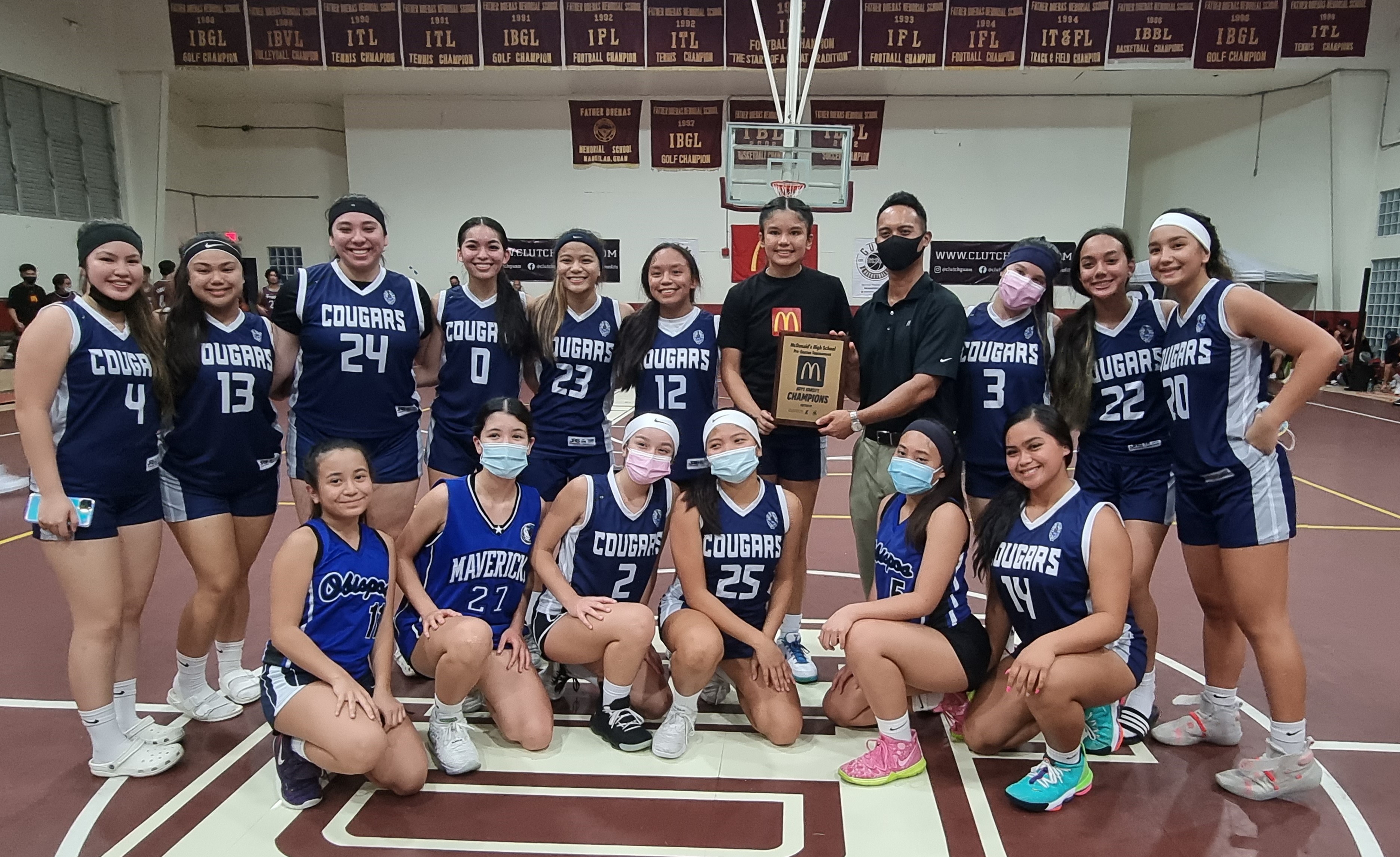 The first ever McDonald’s Preseason Basketball Tournament, presented by Clutch and Guam Elite Basketball, wrapped up it’s final day of play Sunday with Championship games closing out the evening at the FD Jungle.

The Academy Cougars avenged an early tournament loss to the St. Paul Warriors, upsetting the unbeaten Warriors 41-39 for the Girls Preseason Title.

The JFK Islanders took down the FD Friars in overtime 56-50 to claim this years title in the final game of the evening.

The Academy Cougars already had a strong core returning to the team with establish ballers like Mia Taitano, Myka Jo Terlaje, Ori Sevilla and Coco Paulino, but it was their newest recruit who took center stage in freshman Torie Rapadas.

Rapadas stole the show the minute she entered the game in the 2nd quarter by netting six straight points to bring the Cougars within 18-15. Torie would give the team their first lead off a free throw to complete a 13-point 2nd quarter, knotting the game at 24 at the half.

Rapadas, a product of St. Anthony, has played in the offseason with her fellow Cougar teammates, but actually sharing the court with them in a game took some getting used to.

“It’s very different out there because I’ve never played in a game with these girls before,” said Rapadas on finding her role on the team. “The confidence came from everyone, the whole team was giving me the confidence to go out and play that way.”

“[Torie] made her name known tonight and everyone will know her name now. But as a team, everyone knows that every member of this team is a threat and there is no weak link on this team,” said the vet Mia Taitano on the impression the freshman made

The final minute of the game was most hectic where it saw more turnovers (7) than shot attempts (3) as the Cougars were nursing a 40-39 lead off a Paulino layup. The Warriors missed three chances to tie on drives and second chance attempts which forced a late-game foul on Taitano.

Taitano would hit one of two free throws with 5.8 left on the clock, forcing a half court heave from the Warriors that fell just short to give the Cougars the win.

“It’s a moral victory, but we know this isn’t our end goal. This win was a start and we’re excited! We still need to work hard every game, leave it all on the court every night and prove that we want it,” said Taitano on shifting attention to the league title.

Neither team was heading into the final game fresh after both squads played just a couple of hours ahead of their Sunday meeting. The Friars were holding a 48-40 lead early in the fourth quarter before key players Blaise Ada and Matt Santos left the court due to cramps.

Down 50-46, Islander Jeremiah Kintoki would spark a big run after back-to-back steals on Friar Jeremiah David turned into fast break layups to tie the game at 50 with 1:07 left to play.

The Friars turned to Elijah Garrido for the final shot of regulation, but Garrido’s jumper from the left wing wouldn’t go, forcing overtime.

The only bucket scored in the OT period was a straight away three from Kirson Guzman, who led the team with 14 points. FD did not score a bucket in the overtime period as Islander Karl Vinca put the final touches on the game at the free throw line, going 3-of-4 to give his team a two possession lead. Vinca’s second miss would be rebounded by Guzman as JFK dribbled out the clock.

Ada led all scorers with 19 points and Santos added 14. Guzman was the high-man for JFK netting 14 with Vinca adding 13.