The Academy Cougars grabbed their first win of the season to tip off the 2021 ISA Basketball League. 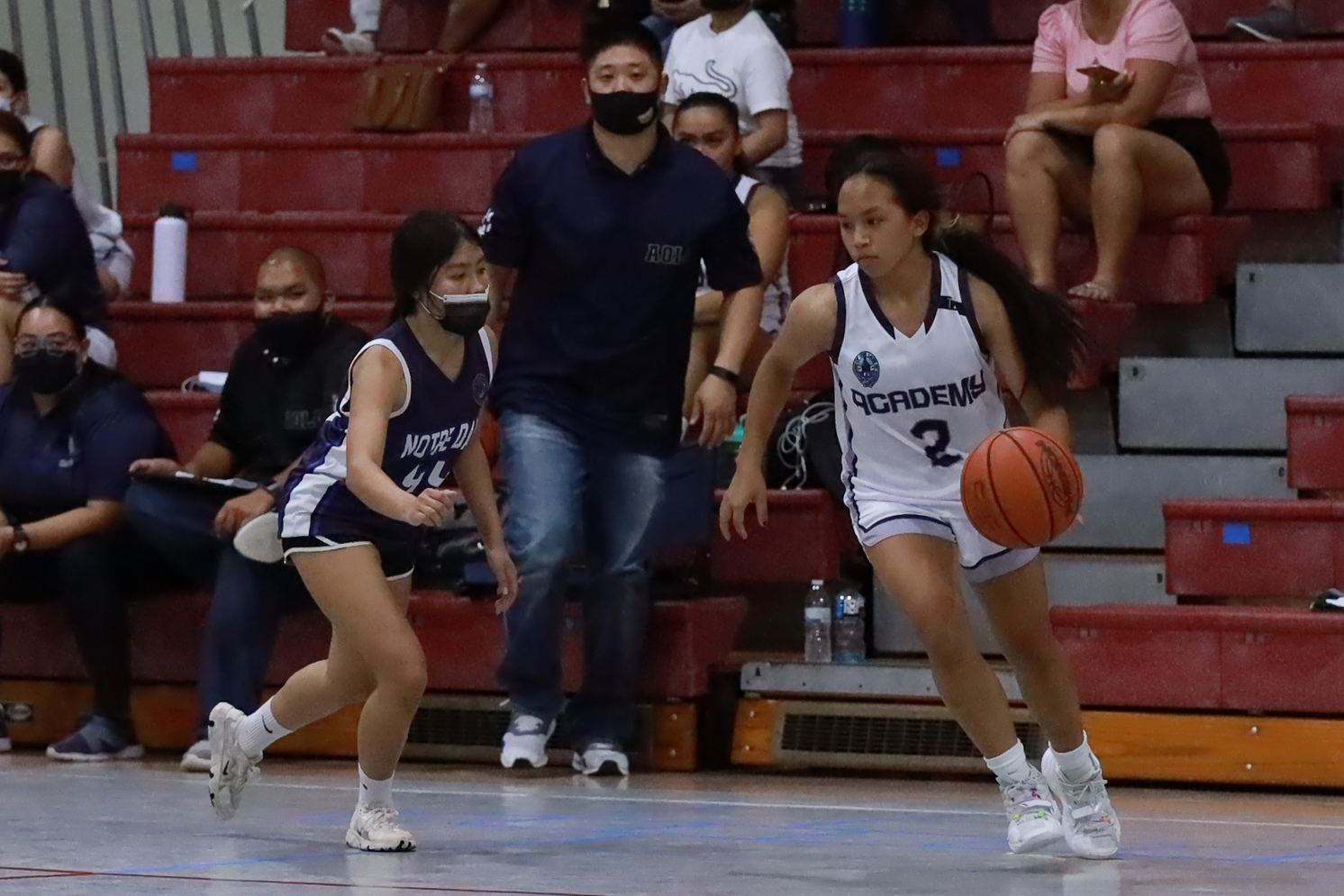 The Academy Cougars beat the ND Royals 39-37 in a nail-biting season opener for the ISA Girls Basketball league at the Academy gym Tuesday evening.

The Cougars previously won the preseason tournament. This game was the first time the Cougars met the Royals since the 2019 IIAAG season.

Freshman standout Torie Rapadas made her debut in the second quarter scoring four of her 17 total points. To Rapadas, high school basketball is different from middle school hoops.

“Middle school is faster than high school because in high school, it’s all mental,” said Rapadas.

Due to COVID-19 restrictions, there is no jump ball to start the game and instead, a coin toss determines possession. Although the Royals won the coin toss to start the game, it was a battle of the best defense to start off the first quarter.

Academy junior Myka Terlaje was the first to put two points on the board for her team off a layup. Not long after, Ori Sevilla hit a 3-pointer to put the Cougars at a 5-0 lead, eventually ending the first quarter ahead 10-4.

The Royals’ Arri Arceo hit two back-to-back 3-pointers in an attempt to shut down Cougar momentum but Academy kept a steady lead ending the second quarter 21-15.

The Cougars led throughout the third quarter ending it at 30-23.

In the 4th, ND closed the gap as Arceo hit her third 3-pointer of the game with help from teammate senior Nicolette Perez’s two points on a fast break to lessen the lead 30-28.

Unfortunately, the Royals could not stop the star freshman Rapadas as she knocked down two 3-pointers back-to-back, with the addition of two points on a fast break to extend the Cougars lead.

With time cutting close, the Royals were able to cut the lead at 37-39 from a 3-pointer made by KC Concepion and a layup by Arceo to give the Royals some hope but it wasn’t enough as time ran out during Cougar possession.