Two of the top teams in the league square off for a Sunday afternoon clash in the GML! 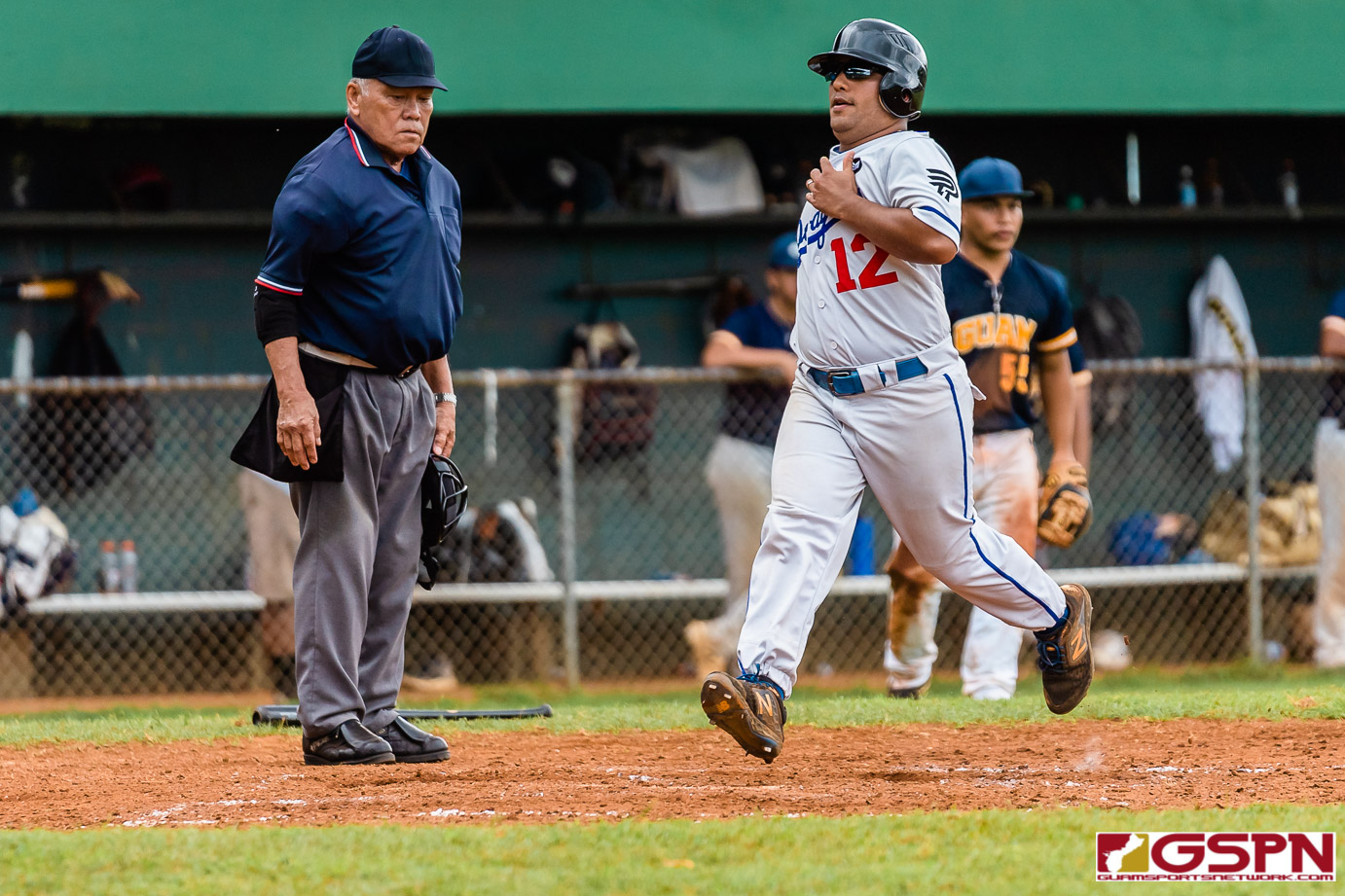 Even with a portion of their roster out for Sunday afternoon’s game the Paradise Crowns Dodgers found a way to wake up the sticks in the extra inning as they defeated the Jr. Nationals 12-3 Sunday afternoon.

The Dodgers were not even 24 hours out from celebrating the wedding of teammate Michael Bautista Saturday evening, which could have explained the teams rather slow start to Sunday’s game. The Jr. Nationals held a 2-0 lead through six innings until an errant scored run in the 7th and a solo homer from Derwin Aguon in the 8th had the Dodgers right back in action.

Defenses would prevail in the 9th for both sides which set up a fruitful 10th inning for the Dodgers where they scored 10 runs to take command of the game coupled with costly errors made by the Jr. Nats.

Muna Jr. would bring in another run after two errors allowed runs to go up 9-2, setting up a big-time home run from Randy Alcantara to go up 12-2.