The Harvest Eagles took gold in both the Boys & Girls Doubles Divisions of the IIAAG Island-wide Tennis Tournament. 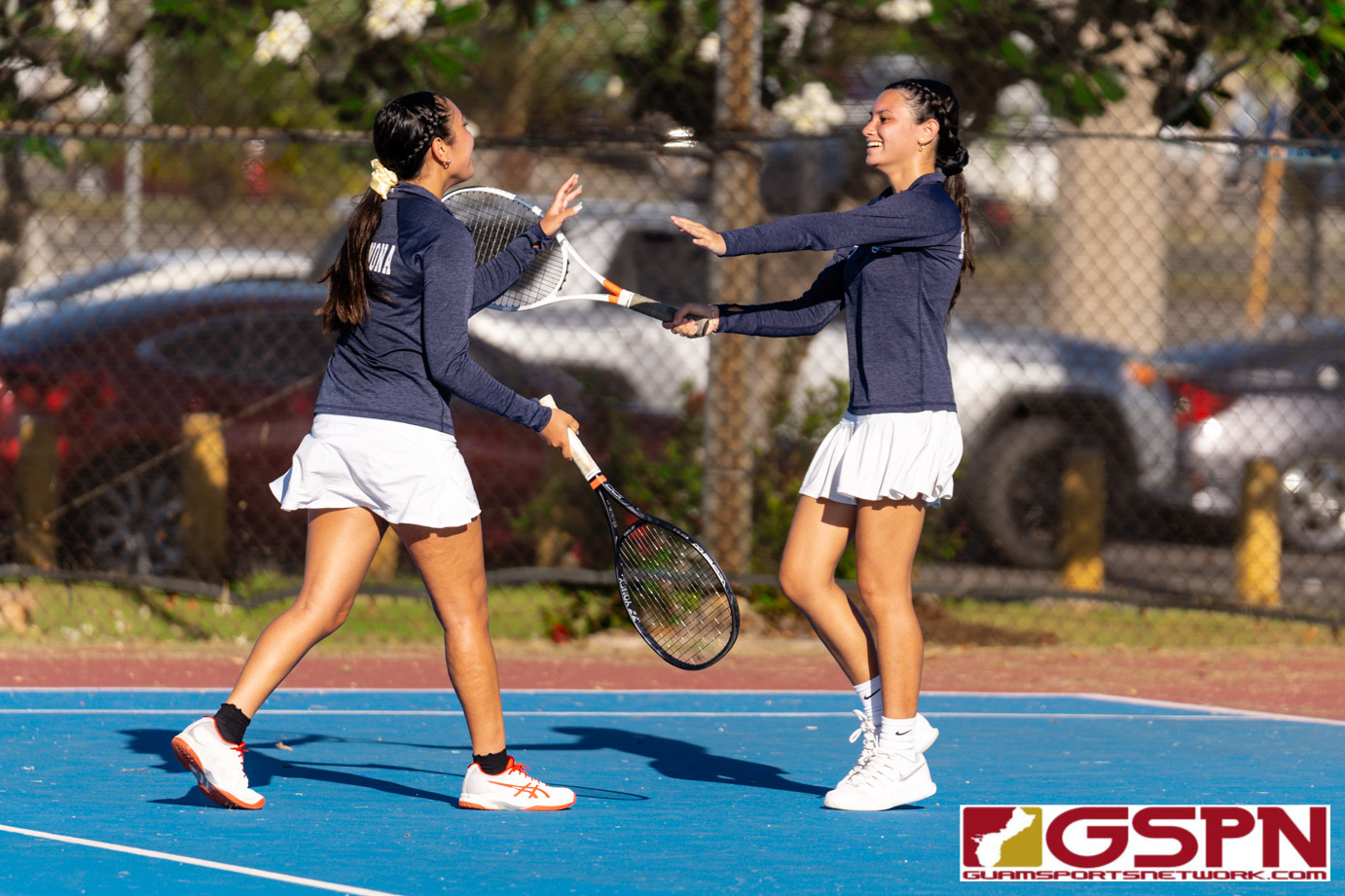 The Harvest Eagles had a dominant showing Tuesday afternoon at the Tamuning Tennis Courts after winning first place in both the boys and girls Doubles A Division in the IIAAG Island-wide Tournament.

The duo of Asia Balajadia and Paige Mantanona (girls) and David Chae and Keisi Clark (boys) took the top spots in Tuesday’s finals.

Winning the first set did a lot more for the Eagles duo of Chae & Clark than just give them a 1-0 lead, it allowed them to shake off the nerves that had been clinging on to them all day.

“Winning the first set really helped us get into a positive attitude,” said the junior Clark.

The pair took a safe approach to the match and just took what was given to them. Without playing too aggressive, the duo would find themselves up 7-3 with a set away from winning the doubles title.

The Friars tandem of Christian Lobaton and Nathan Toves would stave off defeat for a set longer to get within 7-4, but the Eagles would get back in the right state of mind to close out the contest.

“I think my partner got too excited being up (7-3),” laughed the sophomore Chae. “We just had to remember the game wasn’t over.”

The final game of their final season was enough motivation for Asia Balajadia and Paige Mantanona to finish Tuesday’s matches strong, but it was their opponents RandiAnn Atento and Sophie Espaldon, who are also Eagles teammates, who got Asia and Paige even more fired up.

Atento and Espaldon let their senior teammates know right from the first serve that they were going to have to earn their first place title after RandiAnn and Sophie took the opening set.

“I was very intimidated since I know they’re very good tennis players… We were very shocked when they were yelling and cheer because that’s how they are in practice, the life of the party, but it really motivated us to do our own thing,” said Mantanona.

“Since they were so fired up we had to play serious on our end as well,” said Balajadia.

Balajadia would make key plays at the forefront to tie the sets at one each with serving from Mantanona allowing them to take a 2-1 lead. Up 6-3, the senior duo would close out their younger teammates for the doubles title to an 8-3 final, the first doubles title for both Balajadia and Mantanona.

“I played singles last year and I didn’t like it so it was great to play with one my really good friends and win gold, so yaay!,” added Paige.

“I got into the semifinals and it sucked losing last year so this was our second chance. I’m just so happy and thrilled to have this kind of ending,” said Asia.

The singles matches will conclude the IIAAG Island-wide Tennis Tournament at the Tamuning Courts starting at 4 pm Wednesday!