The FD Friars are heading to the ISA High School Boys Championship game after defeating the JFK Islanders. 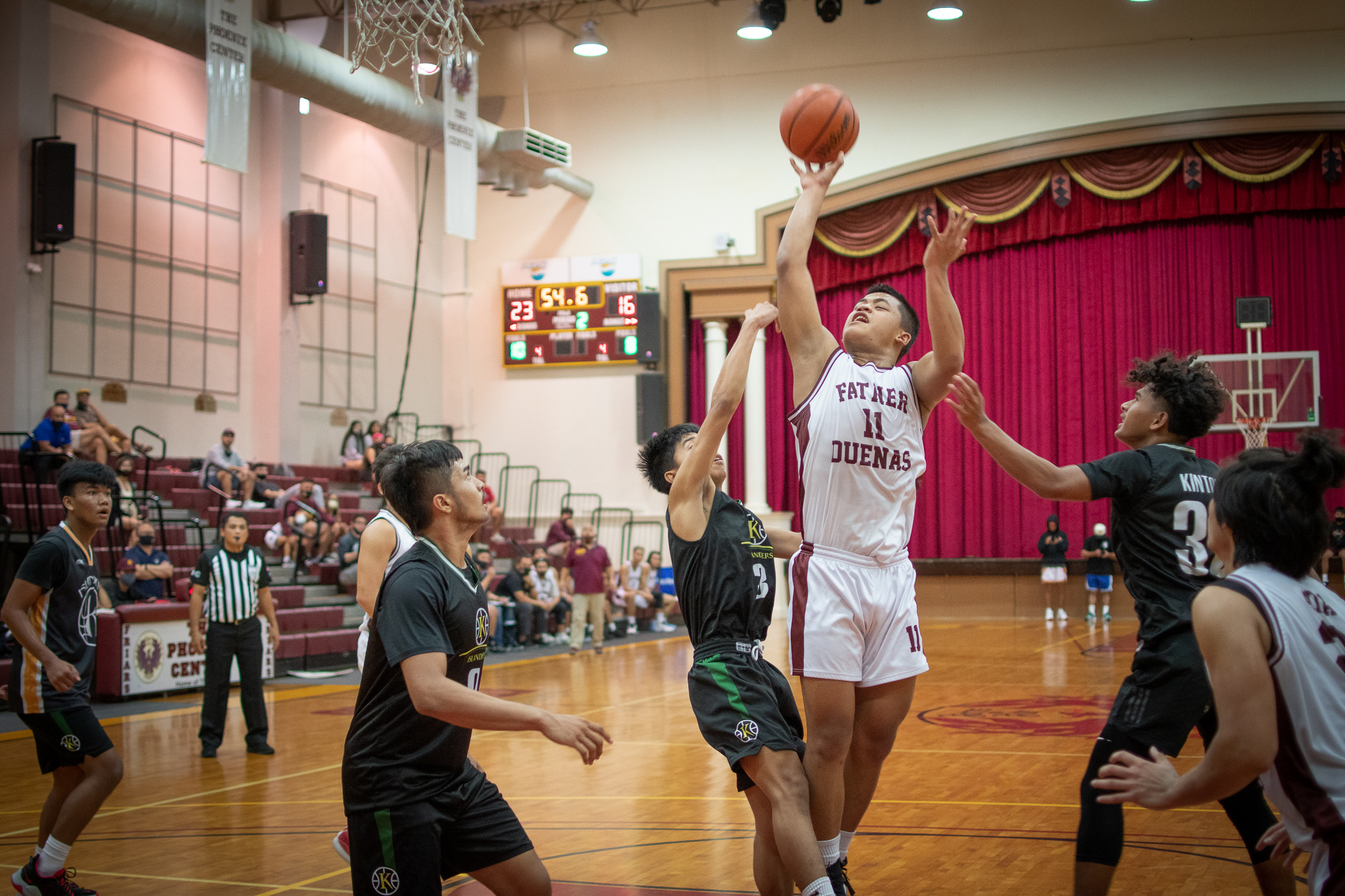 The FD Friars are heading to the ISA High School Boys Championship game after defeating the JFK Islanders 62-42 at the FD Phoenix Center. The Friars will face their rival St. Paul Warriors who also advanced after defeating the Okkodo Bulldogs 73-53.

The Friars got a huge boost off the bench from Elijah Garrido and Kaine Santos with each player scoring nine points.

Santos got into foul trouble but managed to score seven points and record four steals. But it was an overall team performance that helped the Friars win every quarter.

“The team chemistry on this squad is good because you can insert any player and we still work well together,” said Santos.

The Friars took the lead and never looked back, taking advantage of second shot opportunities from offensive rebounds. The Friars out-rebounded the Islanders 38-25 with power forward Daryll Robles collecting a game high 10 boards.

The Friar guards also showed up with Kaine Santos coming off the bench and immediately making an impact, draining a 3-pointer. Kaine Santos made three shots from 3-point land which provided a big spark for the Friars.

The Islanders made runs from playmakers Amram Yobei and Jeremiah Kintoki but the Friars answered with sophomore guard Blaise Ada making plays.

Ada had a game high 16 points, shooting 6-10 from the field and also collecting nine rebounds for the Friars.

Yobei had a team high 10 points for JFK, Kintoki had six points and two steals. JFK’s Patrick Talisog scored seven points for the Islanders who will face the Okkodo Bulldogs in the consolation game on Saturday at 530pm.