Back to back! The Friars become champs of the ISA League after beating the St. Paul Warriors. 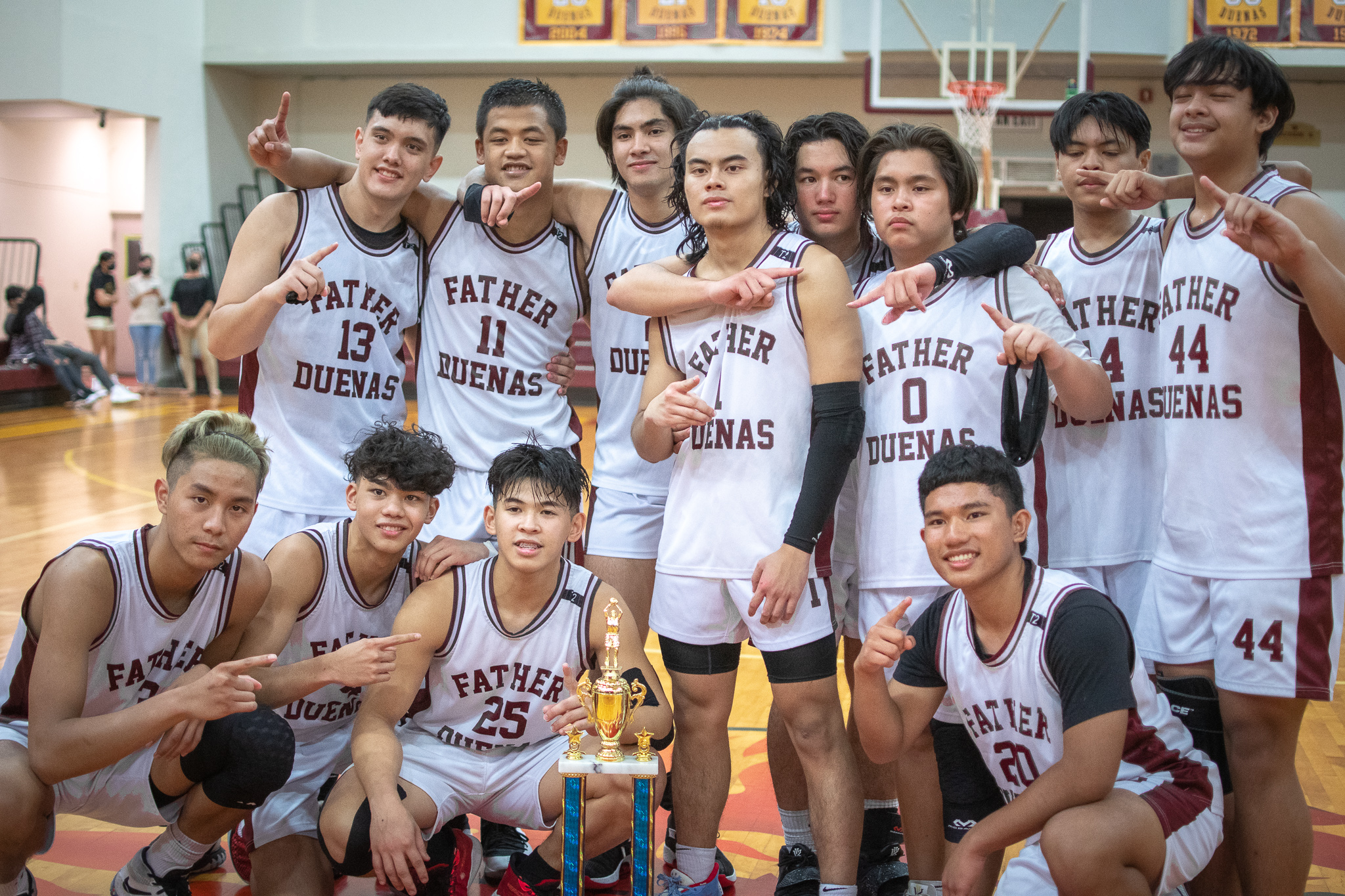 The Friars won the battle of the boards, out-rebounding the Warriors 57-27. FD’s Daryll Robles had a monster game with 16 points, 22 rebounds and five blocks. Brothers Brock and Blasie Ada each collected 11 rebounds for FD.

The Friars led from start to finish and made their three-pointers early to counter the Warrior zone defense to go ahead 7-0 to start the game.

Josiah Quintanilla and Xander Sanchez ignited the offense for St. Paul and they cut the Friar lead to 19-11 after the first quarter.

The Friars led 35-24 by halftime, getting production from their bench. Kaine Santos continued to light it up from downtown and Elijah Garrido joined the party with a trey of his own.

The Warriors stormed back to trail 51-42 after the third quarter. Warrior senior Jon Sevilla had nine points in the quarter, avoiding the out stretched arms of Robles to make two acrobatic lay-ups.

“In the second half they were making runs and started catching up. Eventually coach (Eddie Pelkey) called a timeout and the defense went on from there,” said Blaise Ada.

The Friars forced three turnovers in the fourth quarter that got the game out of reach. League MVP Matt Santos, provided that spark in the final period after being sidelined with foul trouble.

Santos scored on an and-one basket and Jeremiah David made a runner to go ahead 42-26 with 6:08 left.

Santos later recorded a steal that turned into a basket by Blasie Ada. The Friars and the Warriors emptied their benches with less than two minutes remaining after Robles stole the ball at half court for a breakaway dunk.

Sevilla was the high game scorer for St. Paul with 13 points. Miranda had 11 points and two steals; Quintanilla had 10 points and five rebounds.

The victory marks an end of an era for FD head coach Eddie Pelkey. Pelkey announced he will retire from coaching at the beginning of the season making this his last ride.

“He’s the best coach I’ve ever had. I’ve been with him for a long time and he understands me and my game,” said Santos. “I’m really going to miss that guy! We had a love-hate relationship because of my playing style.  He knows how to coach and I’m proud to say I’m one the outcomes of his coaching.”

“He taught me how to work hard and to be dedicated and committed. From those 5:30am practices and talks after the games, he’s a great coach and a great person. He’s been a huge influence to me and my teammates that will last a lifetime,” said Blaise Ada.