The GW Geckos took full advantage of Royal errors in the 4th to win their first meeting. 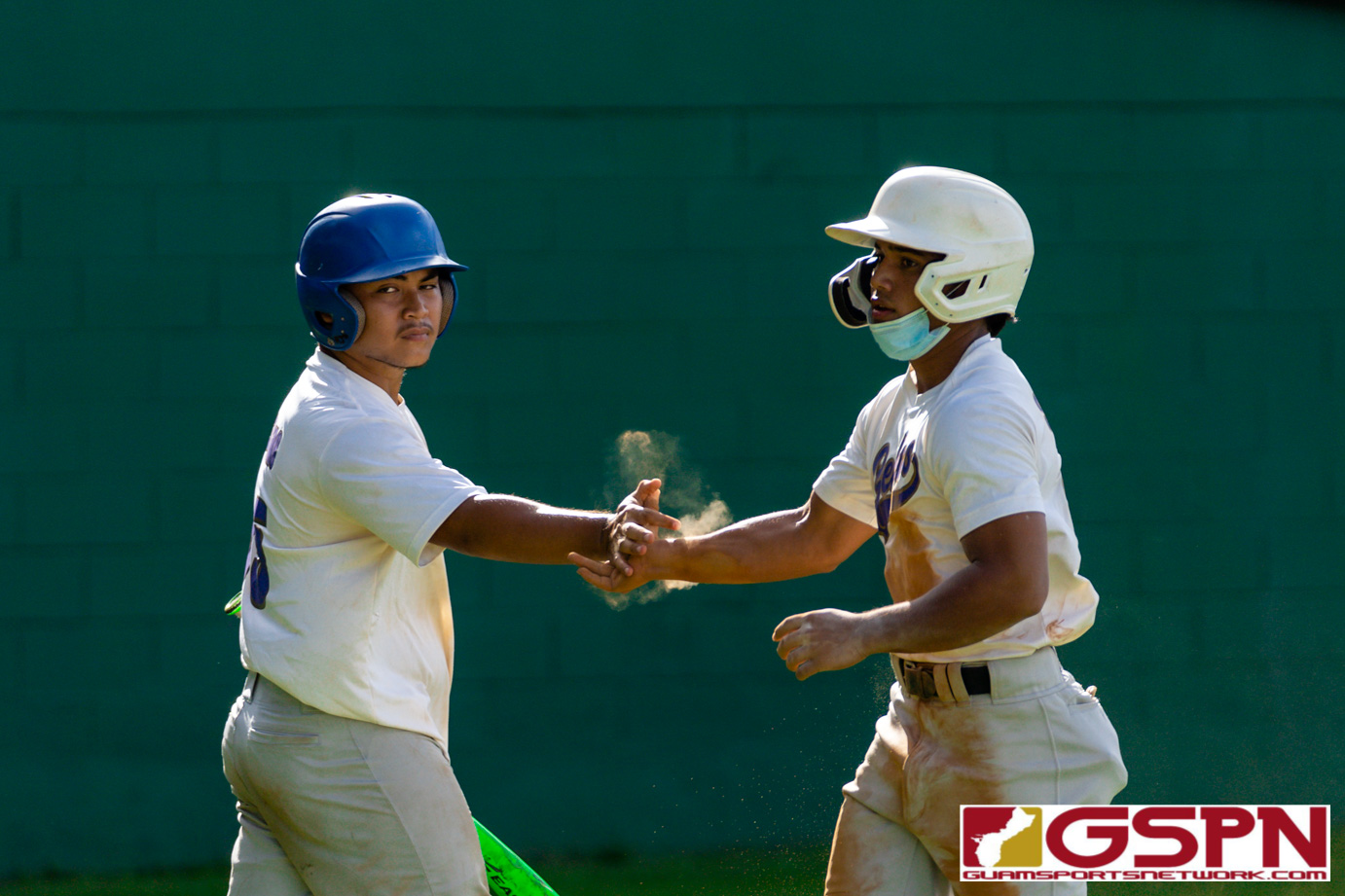 The first game between two of the top teams in the ISA Baseball League put on a fierce battle Wednesday evening at the beautiful Paseo Stadium with perfect baseball weather setting the stage for an intense game.

The Geckos held the lead on a close contest before an error filled 4th by the Royals allowed the Geckos to take control of the contest, with GW winning 15-4 via mercy ruling after five complete innings.

Up 9-4 in the 4th, the Geckos would repeatedly attack second base after hits from Jonah Peredo and Jeremiah Sablan would prove difficult for the Royals to handle, with back-to-back errant throws to first base, and back to second, resulted in five scored Gecko runs to take gain the 15-4 advantage.

GW would retire starting pitcher Tedtaotao for Peredo with the defense getting the final out on ND’s Arven Yatar to complete the 10-run mercy ruling.

GW would score three runs in the first inning with ND answering back in the 2nd, taking the lead 4-3 after an RBI single from Guiton Terlaje. The Geckos would respond immediately in the 2nd, retaking the lead off a two-run double from starting pitcher Ashton Tedtaotao to go up 6-4.

Royals starting pitcher Nolan Cruz was relieved by Dominic Cruz in the 3rd inning with the team down 7-4. Nolan would finish with two strikeouts. GW’s Tedtaotao would also finish the strikeouts.