The ND Royals have advanced to the ISA Baseball Finals after defeating the Okkodo Bulldogs. 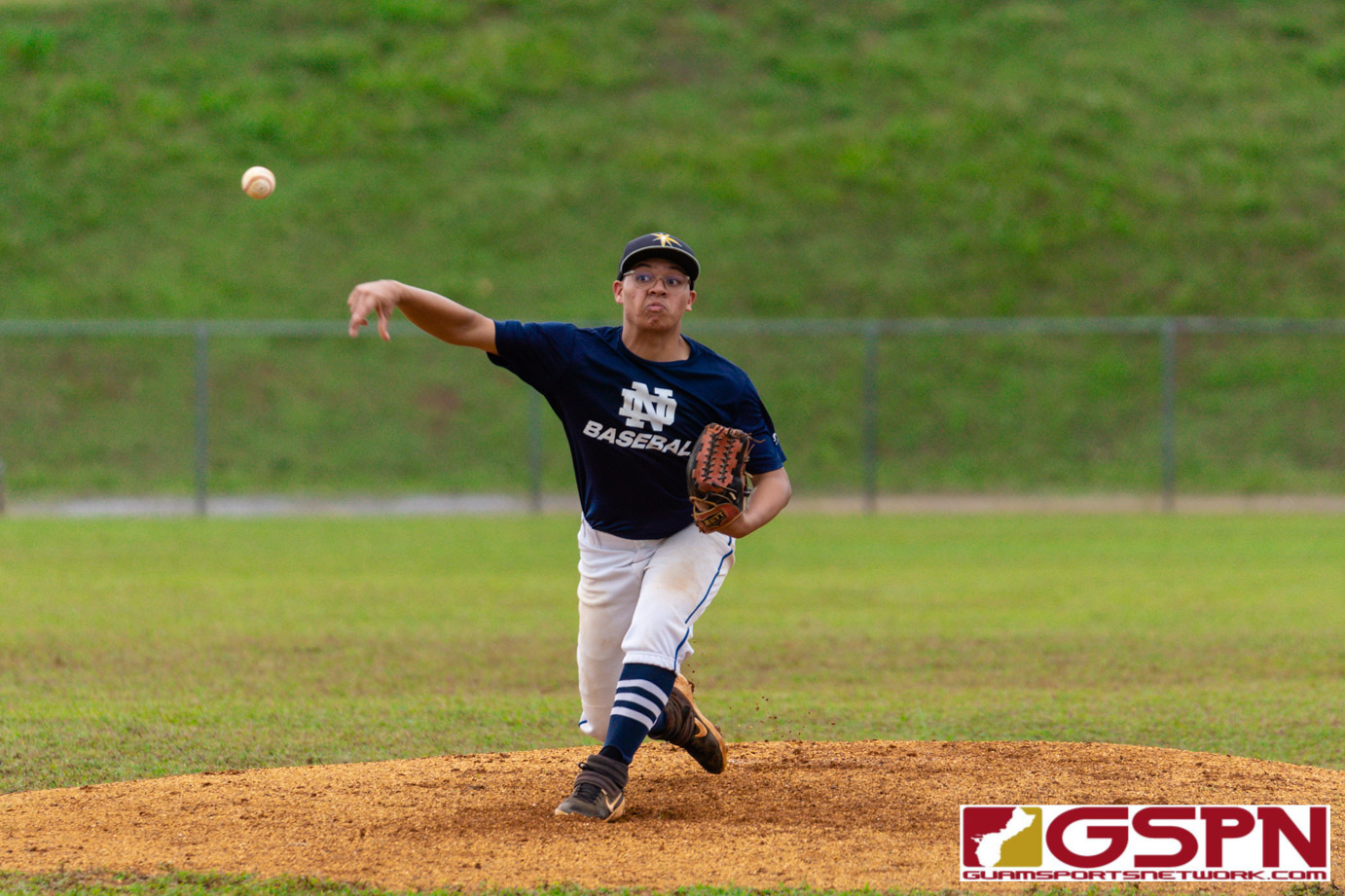 The ND Royals got Wednesday evening’s ISA Boys Baseball Semifinals double-header started off with a strong defensive display, knocking the Bulldogs into the consolation game with a 11-4 victory at the Okkodo Field.

The GW Geckos defeated the FD Friars in the late game 13-8 as action dipped past 11 pm. A heavy rain delay set back action in the first inning with the Geckos churning out the tough seven-inning win.

Royal’s starting pitcher Arren Yatar was money on the mound pitching 12 total strikeouts while only allowing two runs all game. Yatar left the game after his pitch count hit 110 to begin the 7th inning, but his stalwart effort had already set precedence for a Royal semi-finals celebration.

“It felt good from the get go,” said Yatar on how the arm was feeling after his big performance. “I had the confidence to go all seven, but I had to stop to make sure I can come back Saturday if the team needs me. We’ve been locked in all season, and since it’s my last year, I want to make the most of this.”

Stepping in relief for ND was Dominic Cruz, who held his own at the mound after suppressing a late Okkodo rally in the 7th. John Salas would break a scoreless drought for the Bulldogs with an RBI single off loaded bases to get within 11-3.

Cruz would get his first strikeout to settle down the nervous ND crowd, but a run allowed on a walk a batter later put Okkodo within striking distance down 11-4 with two outs remaining. Cruz would collect himself, closing out the Bulldogs next two batters with strikeouts to seal their win.

“I believed in our defense and I believed in Dom. He’s one of our best pitchers so all we had to do was have confidence in him,” said Yatar on watching the events of 7th inning.

On top of their stout defense, ND’s offense set the tone early. With two runs scored on three hits the opening inning, ND took the early lead. The Royals added six more runs in the 3rd, highlighted by a two-run single by Ryan Crosley. ND would add their final three runs in the 5th, scoring off two errors and an RBI from Guiton Terlaje.

ND vs. GW for the ISA Title

The Geckos and Royals put on a very entertaining mid-season battle at Paseo, which was later muddied by errors that turned a close contest into a 10-run rule in favor of GW. ND plans on using the next couple of days to

“We’re going to work on our defense because we still feel like we made too many errors today. Hopefully by Saturday we can come back and perform stronger than we did today,” stated Yatar.

Saturday’s Championship Game is still to be determined with Okkodo field being a strong candidate to host both the consolation game between FD vs. Okkodo and the Finals featuring GW and ND.