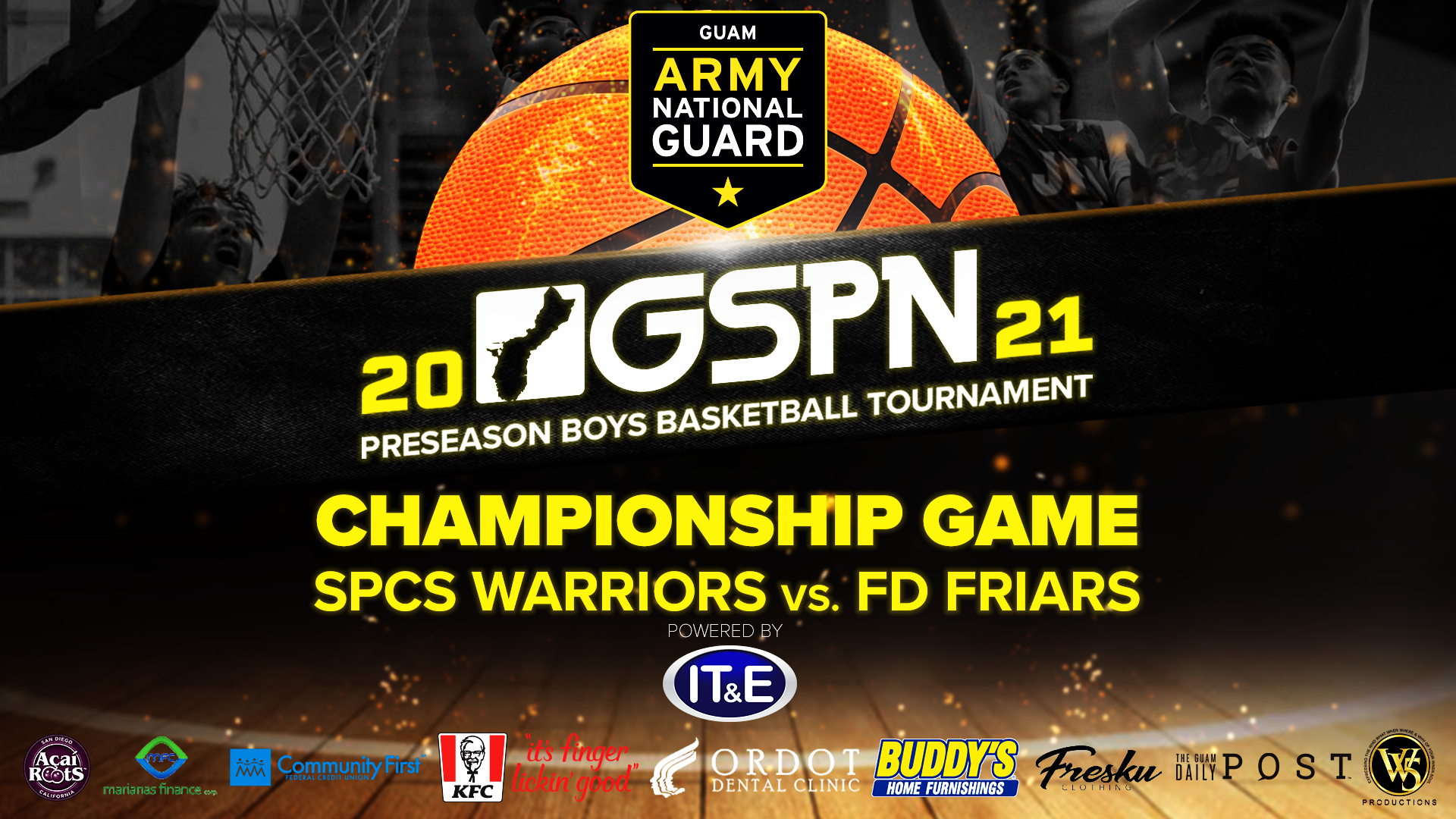 Watch the FD Friars and St. Paul Warriors battle for the 2021 GSPN Preseason Basketball Title in the stream below!

There is no doubt on who is the team to beat for the upcoming High School Basketball season for the 2021-2022 season. The St Paul Warriors continued to dominate their opposition and won the most lopsided GSPN Pre-Season Basketball Tournament Champions game with a 74-48 victory over the FD Friars.

The FD Jungle was packed for the championship game with both teams bringing their loyal fans to witness another game in the FD vs St Paul rivalry.

The leagues top scorer EJ Cruz sat the game out due to an injury suffered during pool play but the stacked Warriors still dominated with their pressure defense.

Quintanilla scored 16 points and Sanchez scored 12 points for the Warriors.
Jaden Santos led the Friars on offense with 12 points; EJ Acda chipped in eight for FD