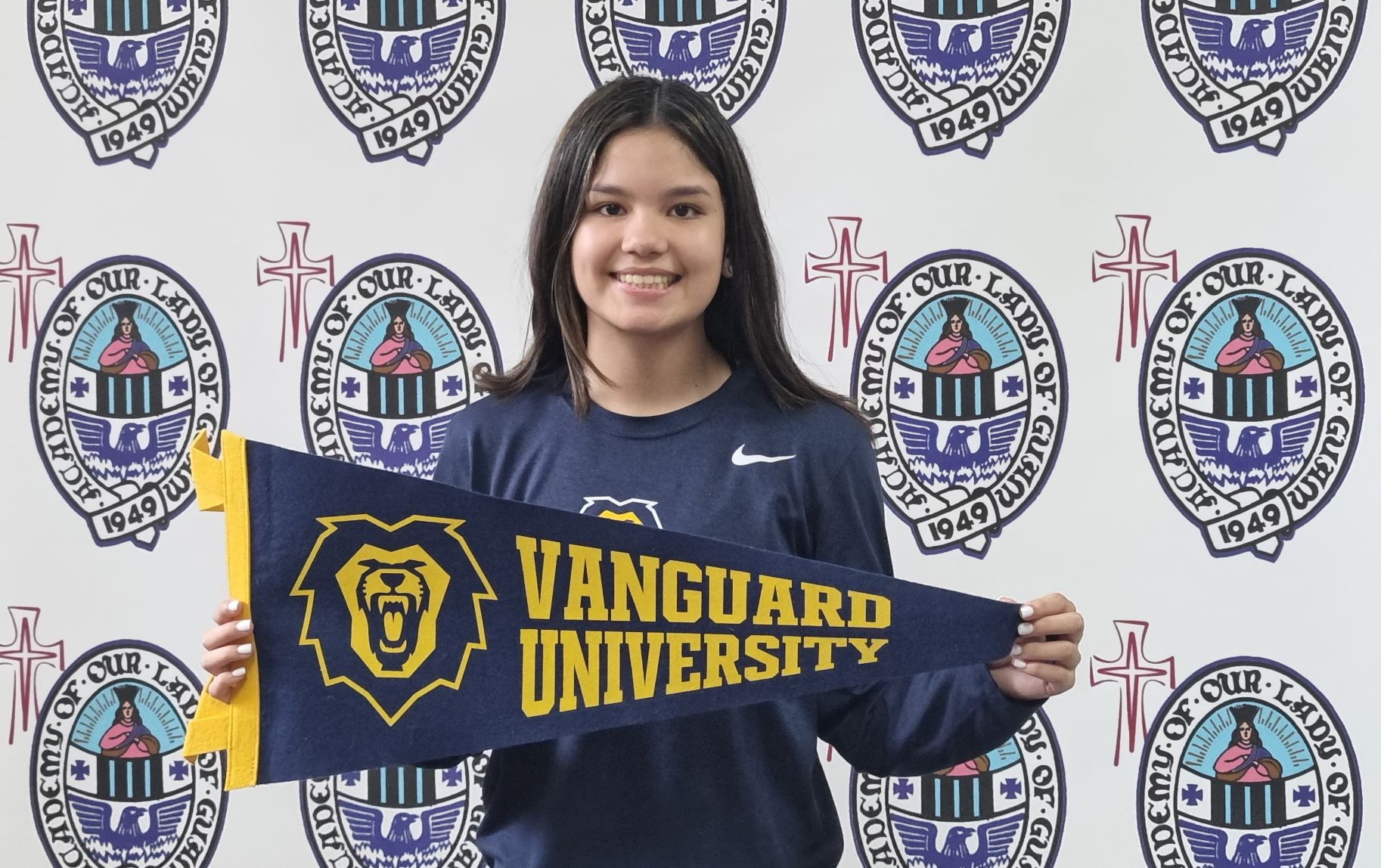 Academy Cougar senior Mia Taitano had broke news about her commitment to join Vanguard University of Southern California, an NAIA D1 program last December. Taitano held a conference at the Academy of our Lady campus Monday afternoon to officially sign her letter of intent with coach Jimmy Yi, her parents and her Cougar teammates in attendance.

Taitano had visited the Vanguard Lions campus twice over the past year after taking a liking into their academics program on top of their athletic scholarship offer. Mia had gained Hall of Fame head coach Russ Davis interest after submitting film of her ability to play, but a 48-hour try out period while visiting the campus had only solidified their interest in the all-around talent of Taitano.

“I got to stay over and do a day-in-the-life for two days I like the community that they built. The girls that are my soon to be teammates were some of the nicest people I’ve ever met. They do have the major I want so that did play a big factor as well,” said Taitano, who plans to major in kineseology.

Taitano will have to adjust to her game to the collegiate level, but she feels her time playing at Academy under coach Yi will allow her to integrate into the college system at a faster rate given the brand of basketball the Vanguard Lions play.

“Academy style of play is pretty similar, move the ball in transition and fast paced so it might be an easier transition than most, but still, it’s played at a much faster pace.

Even with the college deal set in place before the start of her senior high school season, Mia isn’t planning on taking any nights off.

“There’s no plan of holding back. I owe it to my teammates and my coaches to play hard this season,” said Taitano.