TRITONS MEN’S BASKETBALL RETURNS TO THE COURT THIS WEEK 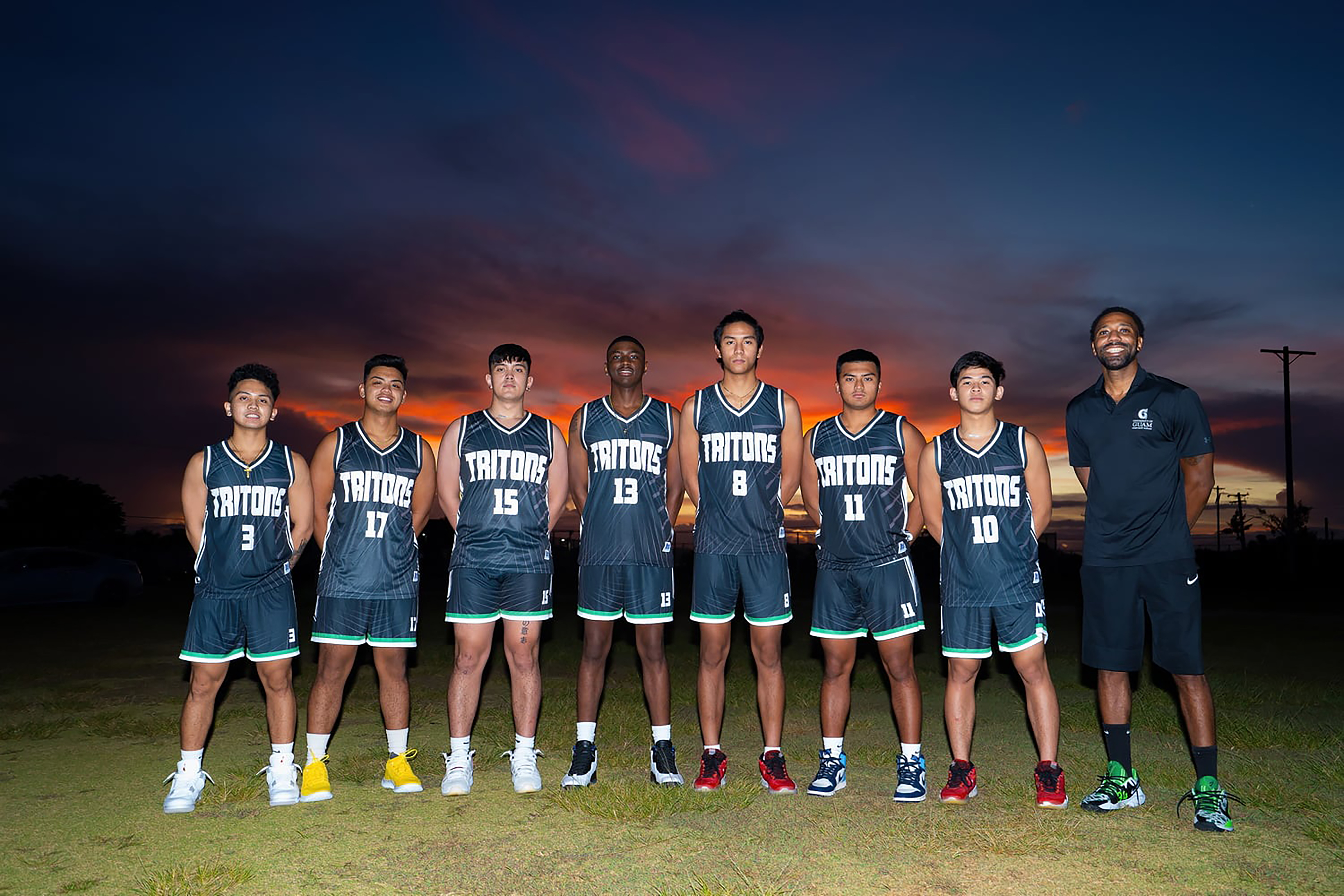 PRESS RELEASE: The Triton Men’s Basketball Team of the University of Guam will return to the court this week for the first time since the pandemic struck. The team will be one of eight teams competing in “Take It 2 the South,” a double-elimination tournament being sponsored by the MicroFriends basketball organization.

The tournament begins at 6 pm tomorrow in the Talofofo Gym, with the Tritons scheduled to take on the Imperials basketball club at 7 pm.

UOG will play again on Wednesday at either 6 pm or 8 pm, depending on whether they win or lose their opening game. The two top teams will face off in the championship game next Wednesday, Jan. 19. The UOG games will be recorded and posted the next day on the Triton Athletics YouTube channel.

“We are very excited to get back to playing basketball,” UOG Athletics Director Doug Palmer said. “We haven’t played in almost two years, so it will be nice for the players to feel the camaraderie and excitement again of being out on the court.”

The Triton Athletics Department plans to host at least one men’s league in the Calvo Field House this semester as well as play in an Andersen Air Force Base tournament in March.

The Triton Men’s Basketball Team is led by Head Coach Dana Holmes. The seven-man roster consists of mostly new freshmen with a few athletes from the 2019–2020 team.