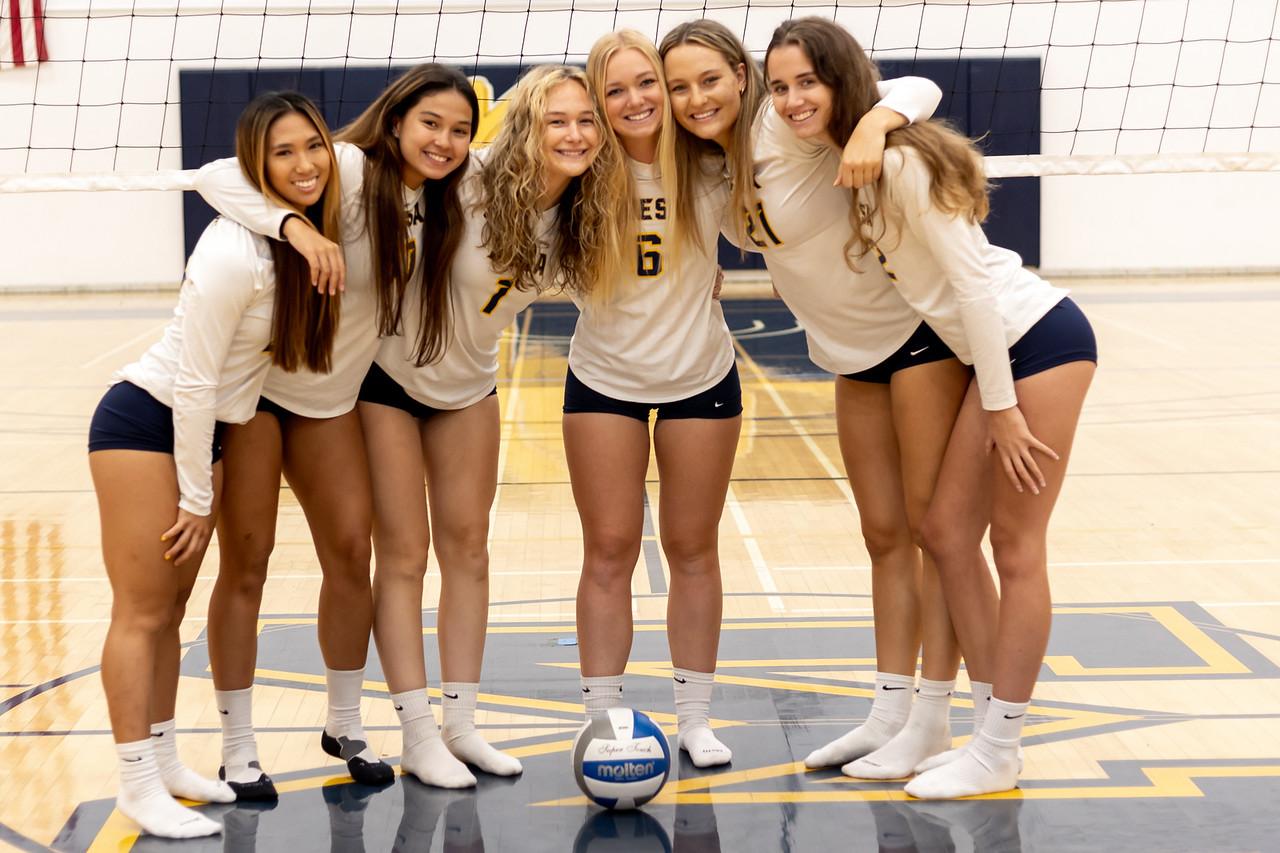 Guam’s Austia ‘Tia’ Mendiola had modest expectations when joining the team at San Diego Mesa College this past summer, especially being one of the teams shortest members. After 10 preseason games and five regular season games, the former ND Royal and three-time Volleyball Champion is helping her team to a 4-1 start in the CCCA and Mendiola has seen an ample amount of playing time, while even starting a couple of games this season.

“I honestly didn’t think I was going to get playing time at all, but I’ve seen a lot more minutes than I thought I would,” admitted Austia seeing her playing time spike.

Despite being one of the shortest members of the team, Mendiola was adamant about playing outside hitter in college. She was willing to do anything the team had asked, but she was confident she had what it took to hit at the college level.

“I wanted to give the impression to my coach that I was always striving for the best. On the application I always chose outside hitter. I’ll do whatever the coach asked or whatever the team needed, whether it be libero or hitting, but I told myself that I’d train my ass off to be an outside hitter,” said Mendiola.

Austia won three IIAAG Championships and represented Guam while playing the outside hitter position so she wasn’t ready to give up on the role that shaped her volleyball career even if the height and speed at the college level has presented the most challenging situations for her yet.

Tia has played in a wealth of summer volleyball tournaments off-island while being part of the Hagan Neni Volleyball Group throughout her middle and high school career. Seeing different styles of play while staying competitive in her own right during those summer tournaments has only better prepared her for what she signed up for when entering the collegiate level.

“There wasn’t anything too surprising and shocking, but they do block different and it is a different system and we prioritize things differently. As always, adjusting to a new coaching system takes time, but the strategy now is playing and hitting smarter rather than hitting with power like I was able to do in high school,” said Tia.

The only real thing Tia wasn’t prepared for was the time it takes to travel to and from games, which could be anywhere between one to five hour trips.

“I don’t think anything could prepare me for the traveling four hours to play a game, but I’m so lucky to have traveled and played out here before ever getting the chance to face [competition like this],” added Mendiola.

That, and the amount of free time she doesn’t have trying to balance school, sports and now a part-time job.

“I’m struggling,” laughed Mendiola when asked how she manages to find balance. “This really helped me understand what it’s going to take from me if I want to be successful in college and still play volleyball. I’m getting it done and I’m adjusting, but it took some time and my body was shot the first two weeks.”

Tia has become more than just an integral part of the team on the court as her teammates have embraced her from the minute she joined their ranks. They’ve never met anyone from Guam before and Tia has compared their embrace to the type of bond she and her teammates from Guam had.

“I am the first Guam person they’ve ever met so it’s fun to be that rare friend in their lives. In terms of comradery, I’ve made some really good friends and in a way it reminds of how close my girls and I were at home. No one was being unwelcoming and everyone is in the same mindset.”

SD Mesa will wrap up regular season play on November 17th in the PCAC before their post season run. We’ll check back in with Mendiola towards the tail end of her first collegiate year!