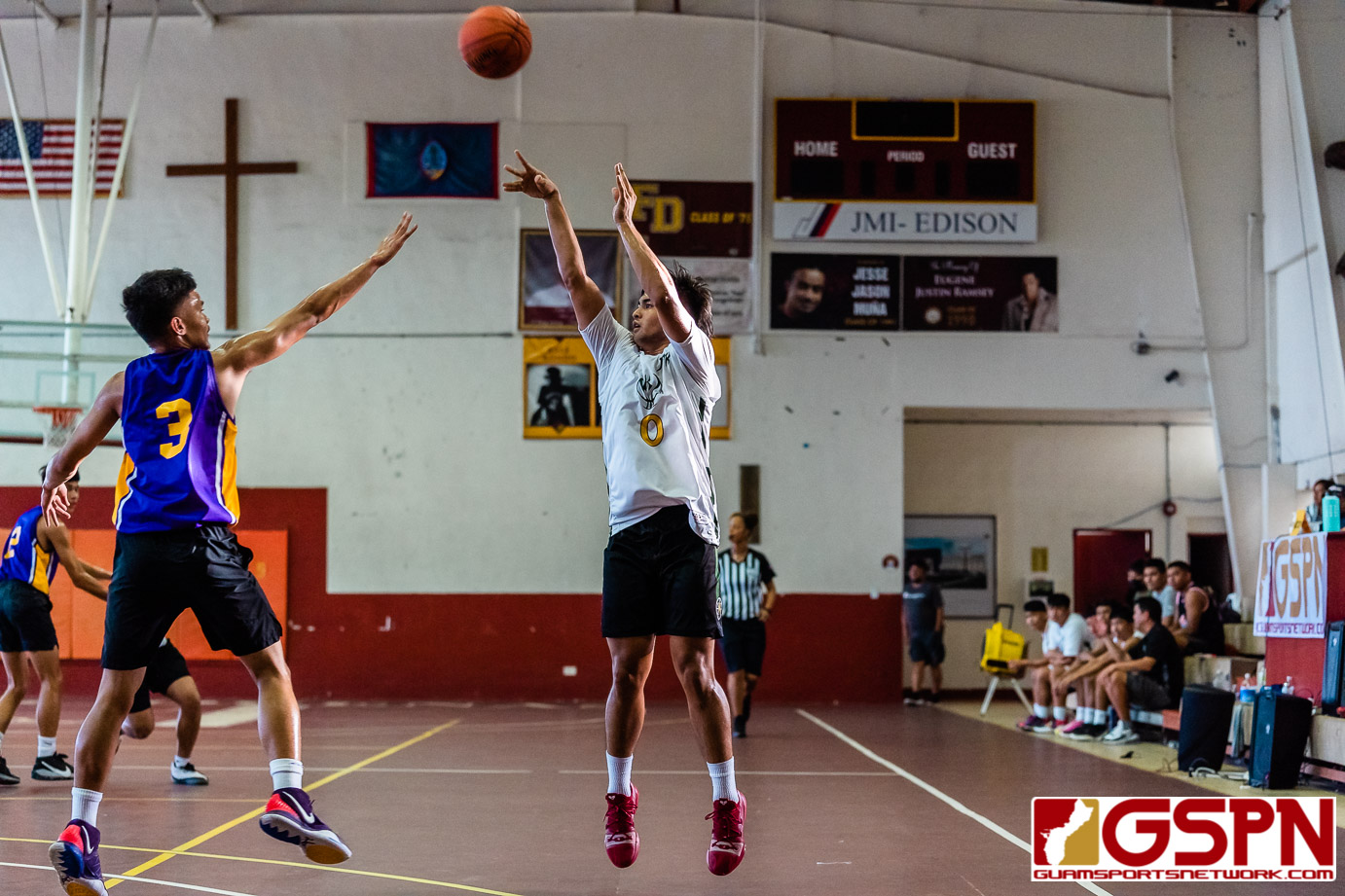 Day 2 of the GSPN Preseason Basketball Tourney, presented by the Guam Army National Guard, featured close games in the early going! The day was highlighted by FD Friar Noah Tenorio Hernandez, who scored off a second chance bucket on a missed free throw, in overtime no-less, to defeat the ND Royals.

The Okkodo Bulldogs overcame a 16-point deficit in the final five minutes of the game to steal a victory over the St. John’s Knights, getting their first win of the tourney.

JFK continued their winning ways going 2-0 after two days of play, and the Sanchez Sharks made a big splash in their tournament debut with a big win over the Harvest Eagles.

There’s a break in the action tomorrow, but the Preseason Tourney will continue on from Tuesday through Championship Sunday, December 19th! Full schedule of the games can be found on the GSPN Events Calendar.

The tournament championship game will be broadcast live on GSPN Sunday at 6 pm powered by IT&E.