The Sharks swam away with a big win against the JFK Islanders on opening night of the ISA Girls Volleyball League. 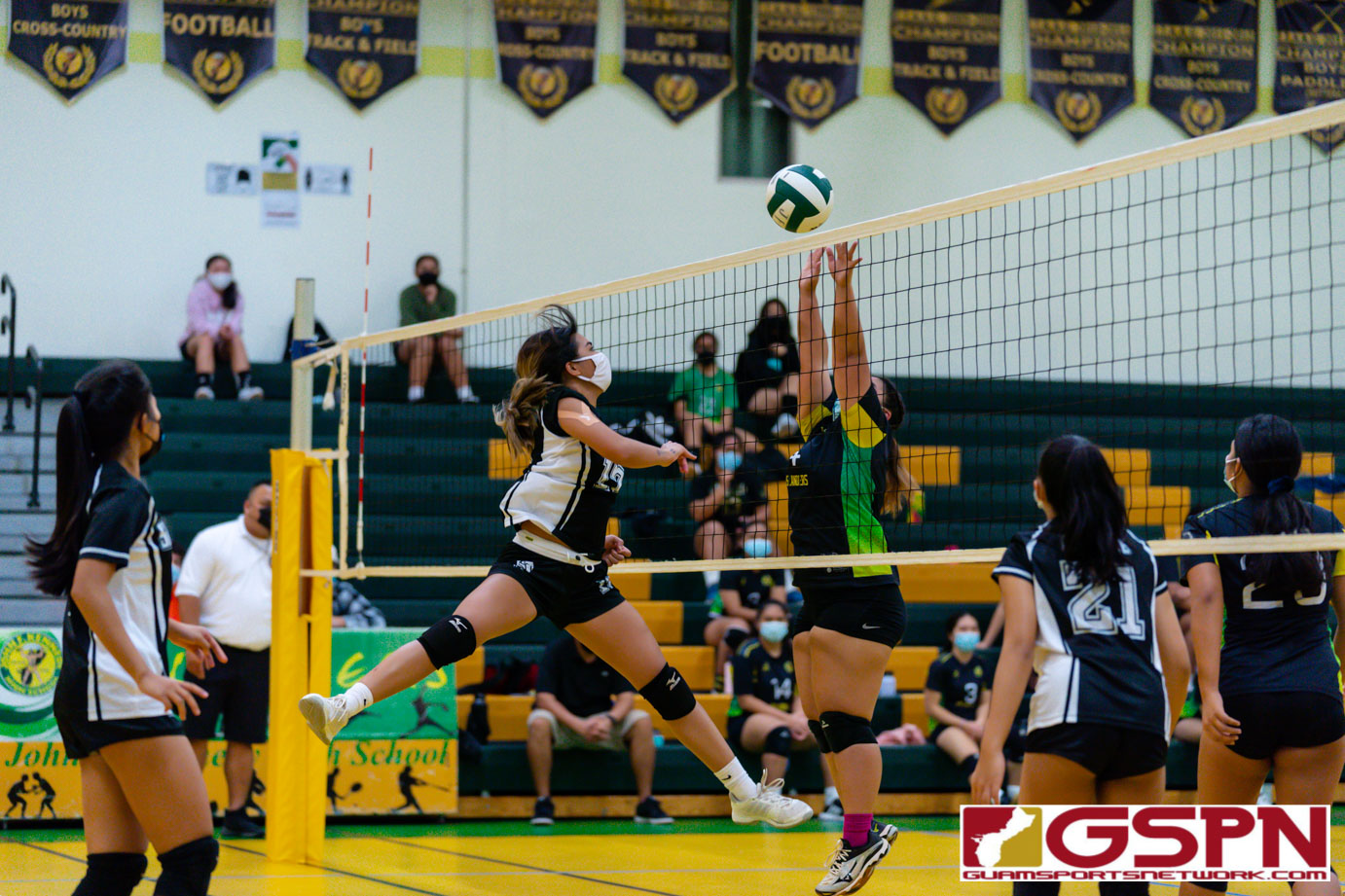 The ISA Girls Varsity Volleyball Season got off to a thrilling start Wednesday evening as the Sanchez Sharks traveled to face off against the JFK Islanders in what would turn into a five-set thriller. The Sharks dialed in on both sides of the ball in the 5th set to win the game 25-23, 18-25, 29-27, 9-25, 15-10.

Sharks senior outside hitter Tehya Mendiola took charge in the 5th, notching four of her team-high nine kills in the game in the final set alone. Mendiola benefited from a big break in the 4th set after being substituted midway through after the Islanders controlled a 17-5 lead.

“I felt more motivated. Throughout the first and fourth I was really exhausted. Being taken out [in the 4th] really helped me catch my breathe and have more energy in the 5th,” said Mendiola.

Not only did Mendiola look like a revitalized hitter in the 5th, but the Sharks defense proved strong after digging up three straight spikes from the Islanders that turned into offensive opportunities.

“We motived each other to dig deep for the balls. JFK was a really tough game for us last year and we really wanted to try, if not to win, to keep it close this time. In order to keep our defense going we’re going to have to keep motivating each other,” added Mendiola.

Mendiola’s ninth kill of the game would put her team up 11-5 in the deciding set. JFK would get as close as 12-10 after a kill from Hannah Hular, but hitting errors would plague the Islanders for the final two points to give the Sharks the hard earned win.

Both teams played with facemasks on, which has become the new normal in sports in the aftermath of the pandemic. The Sharks weren’t too affected by the breathing difficulties that come with wearing the mask while playing given the condition they practice in every day.

“It was really difficult [playing in facemasks], but our gym has no air-con so it was a little bit easier here. It was most difficult trying to take a breathe after a big rally or a long set,” stated Mendiola.

JFK was led in offense by Maya Andres, who scored six total kills and had five serve aces on the night. No team in the league has been hit as hard as the Islanders as far as player retention with five of their six starters from last season having graduated.

The Sharks grabbed the 1st set and the Islanders answered right back with a strong 2nd set to even the playing field. JFK appeared to have the 3rd set in the bag leading 24-18 until Shark Lorenza Palasko stepped up to serve. Palasko would orchestrate a 6-0 run with two aces being served in the run to tie the game at 24, breathing life back into her team.

“I was speechless. It wasn’t until my friends told me that we were down and it was me that was carrying us, I was like ‘oh my gosh, really?’,” said the excited Palasko.

The Sharks would rally behind Palasko’s efforts to keep balls in play that ended in back-to-back hitting errors for JFK, allowing Sanchez to capture the pivotal 3rd set 29-27.

“I felt like I owned the court,” laughed Palasko on how she felt during her run.

The empty bleachers played right into the hands of Palasko, who admitted that her nerves stayed calm during the tense situation.

“It wasn’t weird at all,” said Lorenza on not having any fans. “To be honest, I’m really scared, or shy, so when eyes are on me I feel like I can’t play.”

The Sharks JV team will host GAA tomorrow while their varsity squad will welcome the GW Geckos Saturday evening. The Islanders will aim to bounce back as they host the Okkodo Bulldogs Saturday evening as well.