The Tiyan Titans traveled up North to face off against the Okkodo Bulldogs in an ISA Boys Volleyball match-up. 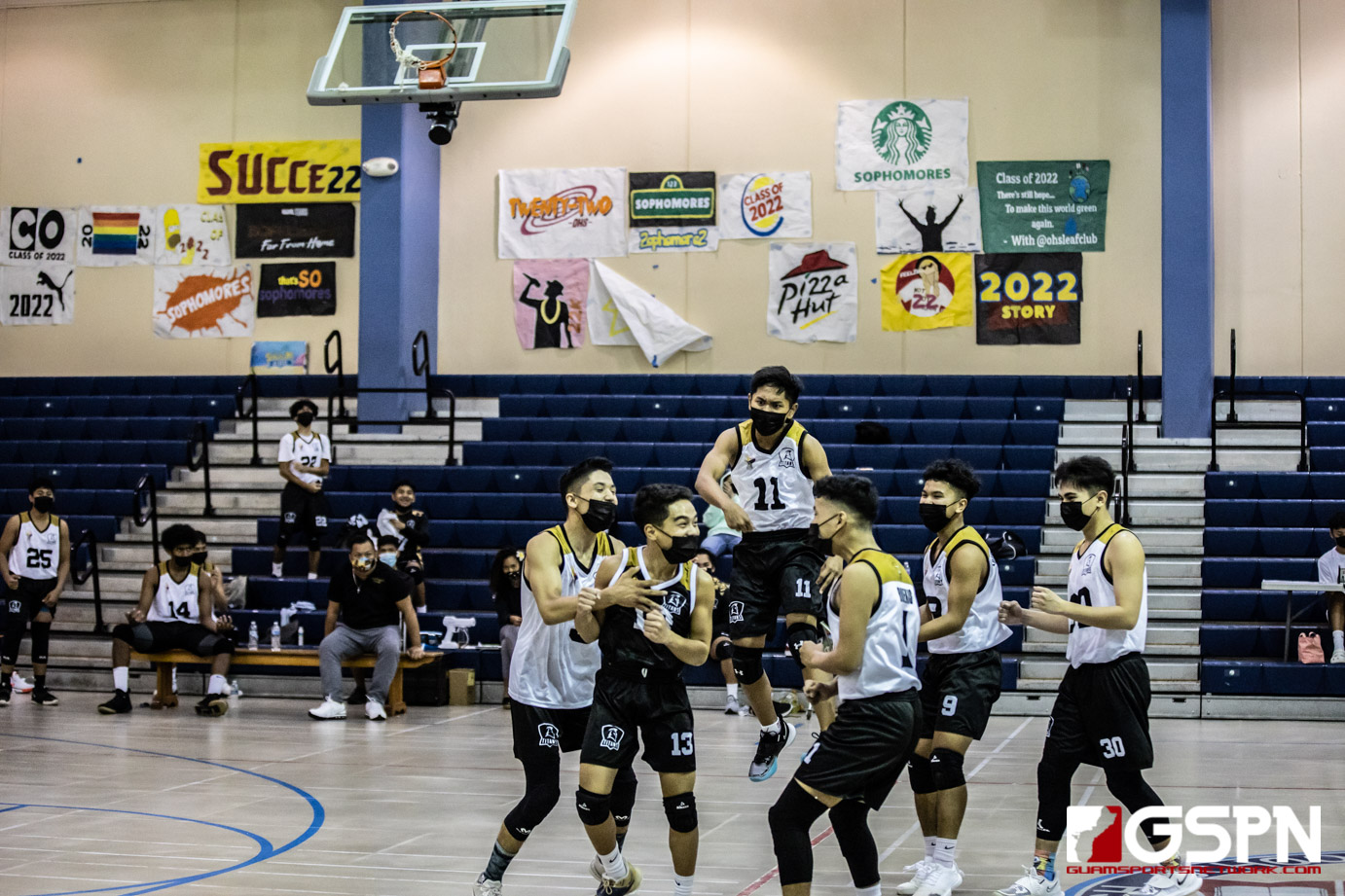 First game jitters, playing with facemasks and no fans in attendance set the mood at Okkodo gym in an ISA Boys Volleyball showdown between the Tiyan Titans and homecourt Bulldogs. The Titans used strong starts in the opening sets to grab close wins in the 1st and 2nd before finding their rhythm in the 3rd to close out Okkodo 26-24, 25-23, 25-16 on opening night.

The Titan offense was led by junior hitter VJ Rosario, who had five total kills and three aces with most of his work coming in the final set. After staving off Okkodo by narrow margins in the 1st & 2nd, Tiyan’s offense started heating up to avoid the need for an extended evening of extra sets.

“It was first-game jitters, especially since it’s been months since we’ve seen other schools,” said Rosario on his teams shaky start. “We started to pick up our energy, talking and yelling, and we’ve known each other since Untalan so we have chemistry.”

Rosario would pick up his fifth kill to keep his team ahead 14-11 in the 3rd, followed by an ace off a jump serve right in the center of the Bulldog defense to go up 20-14. Okkodo’s Jesse Martin would get a big kill moments later to try and spark a rally, but Tiyan would close the game on a 5-0 run that was highlighted by a Noel Ericsson ace and Xander Duenas kill.

Tiyan’s energy was on high volume all-game long with Rosario often leading the charge on a physical and emotional level. Even when the game was at it’s closest, Rosario made sure to celebrate every good play his teammates made.

“I believe if we celebrate everyone’s work then it picks up their energy and level of play. If we celebrate each others points then it’s only going to give our team a boost…I believe if everyone talks then everyone has a sense of focus,” said Rosario.

The loudest the team got was when libero Gavin Macapagal called his own number on a kill from the backline to put the Titans up 20-16 in the 3rd set.

“That was – legendary,” laughed Rosario.

Playing with facemasks has become the new normal and the theme of opening week. The Titans also practice in facemasks, to stay in line with protocol, and staying and playing safe is always on their mind.

“We don’t want anyone to get sick, especially anyone’s families, so we do practice in facemasks, use sanitization and practice social distancing. It does make it hard to breathe, but I think if we keep practicing in it then we’ll get used to it,” stated VJ.

It’ll be a short rest for both teams as they both play Saturday with Okkodo traveling to JFK while the Sharks will take on the Titans.

Check out bonus photos from JFK vs. Sanchez in the gallery below!