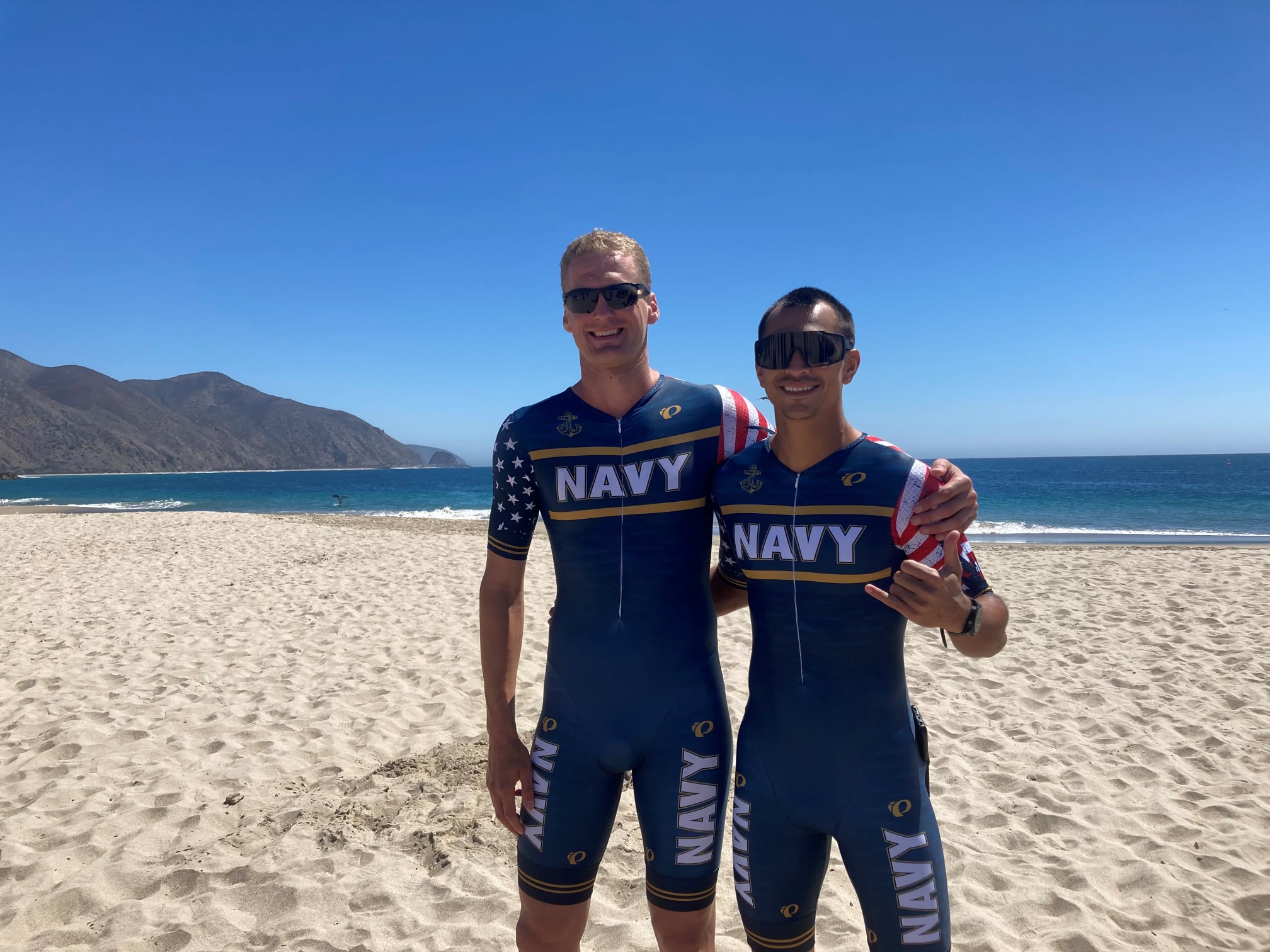 Guam’s Edward Oingerang was part of the All Navy men and women team that won overall first place in the 2021 Armed Forces Triathlon held at Point Mugu Navy Air Base in Ventura California.

Oingerang’s work on the bike leg proved vital to the team as he had his teammates draft him around the five lap course to save their legs. His efforts were rewarded with one of his teammates running the fastest splits of the race, which played into the All Navy Team winning first overall.