Village team made up mostly of cousins gearing for GML crown 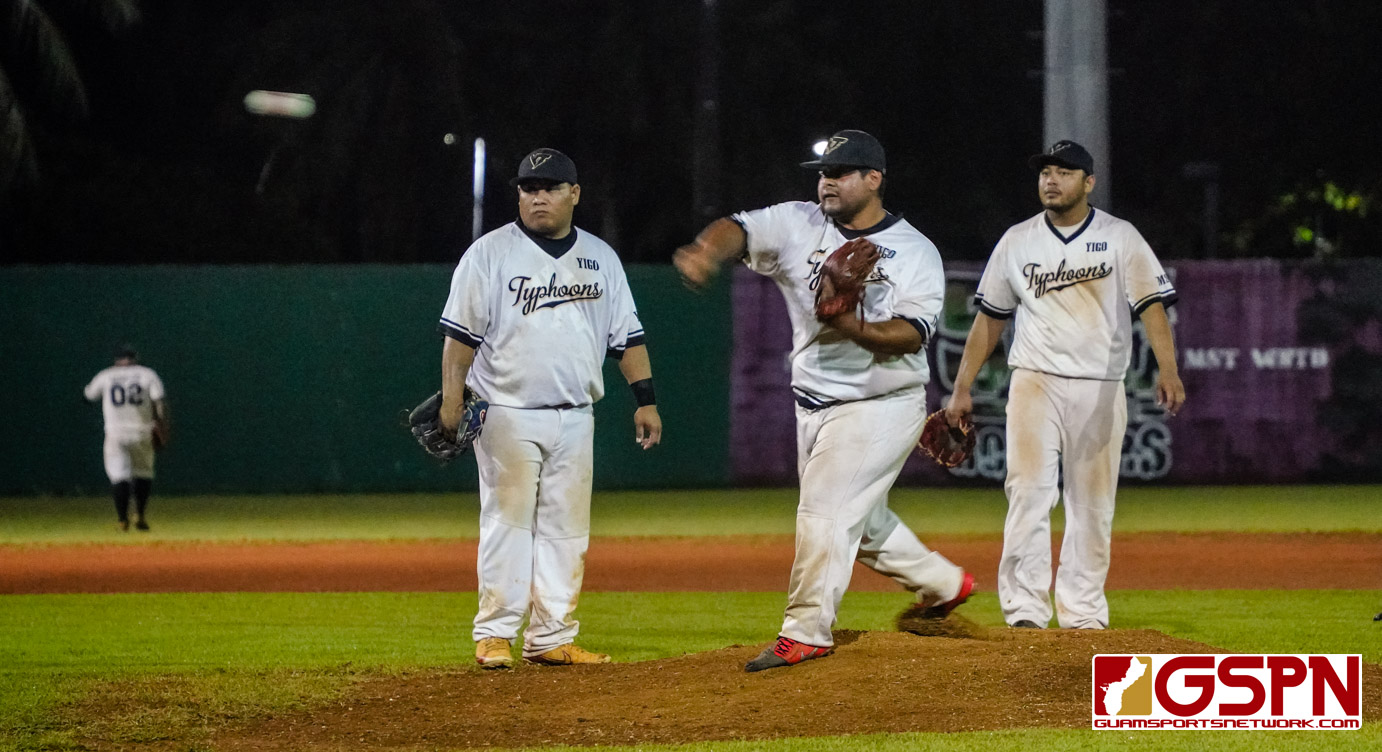 The Yigo Typhoons aren’t supposed to be here, yet after eliminating the Who’s Who Dodgers in five games of the 2022 GML Semifinal Series on Saturday night, they now take on the top-seeded Junior Nationals in the best-of-7 Championship Series tonight in Game 1 at the Paseo Stadium. (UPDATE: Game 1 was rained out)

For the first-year Typhoons, their success is quite a surprise to the average baseball fan, except not surprising to the players themselves.

“Not really (surprised),” said manager Jeff Concepcion about making it to the Championship Series. “This team is very, very hungry. They wanted to prove to the league that they belong. In my boys’ minds, they are supposed to be here.”

Successful teams usually dub themselves as ‘family’. The Typhoons take it to the literal sense as the dozen-plus roster are all first-second-third cousins for the exception of R-Jay Joe and D.C. Nena – both who’ve grown up with the Yigo boys.

“That’s what makes us a little more different, because we’re all related. We’re family.”

The intrigue doesn’t stop there. Jeff’s son Jake Concepcion is an intrical part of Yigo’s championship run. At the other dugout, however, Jeff has two younger sons playing for the Jr.’s – Javier and Jace. He says the competitiveness is running high in the Concepcion house.

To add to that intrigue, Concepcion’s previous bench coach when they were the Astros is John Salas, who is now the Junior’s bench coach and youth coach for all the Concepcion boys.

Concepcion feels that the tandem of Joe and Julian Flores propelled Yigo over the Dodgers in the five-game series.

“Those are our horses. We aren’t going anywhere without them.”

With a long seven-game series, Concepcion looks to start tonight’s Game 1 with another arm after a tough semifinal series for the duo.

“Of course, I want to use them right off the bat, but I’m not going to ruin their arms. They need to get their rest.”

Regular season game: The Jr. Nats and Typhoons squared off in their only match of the regular season in their season opener with the Juniors winning 4-2.