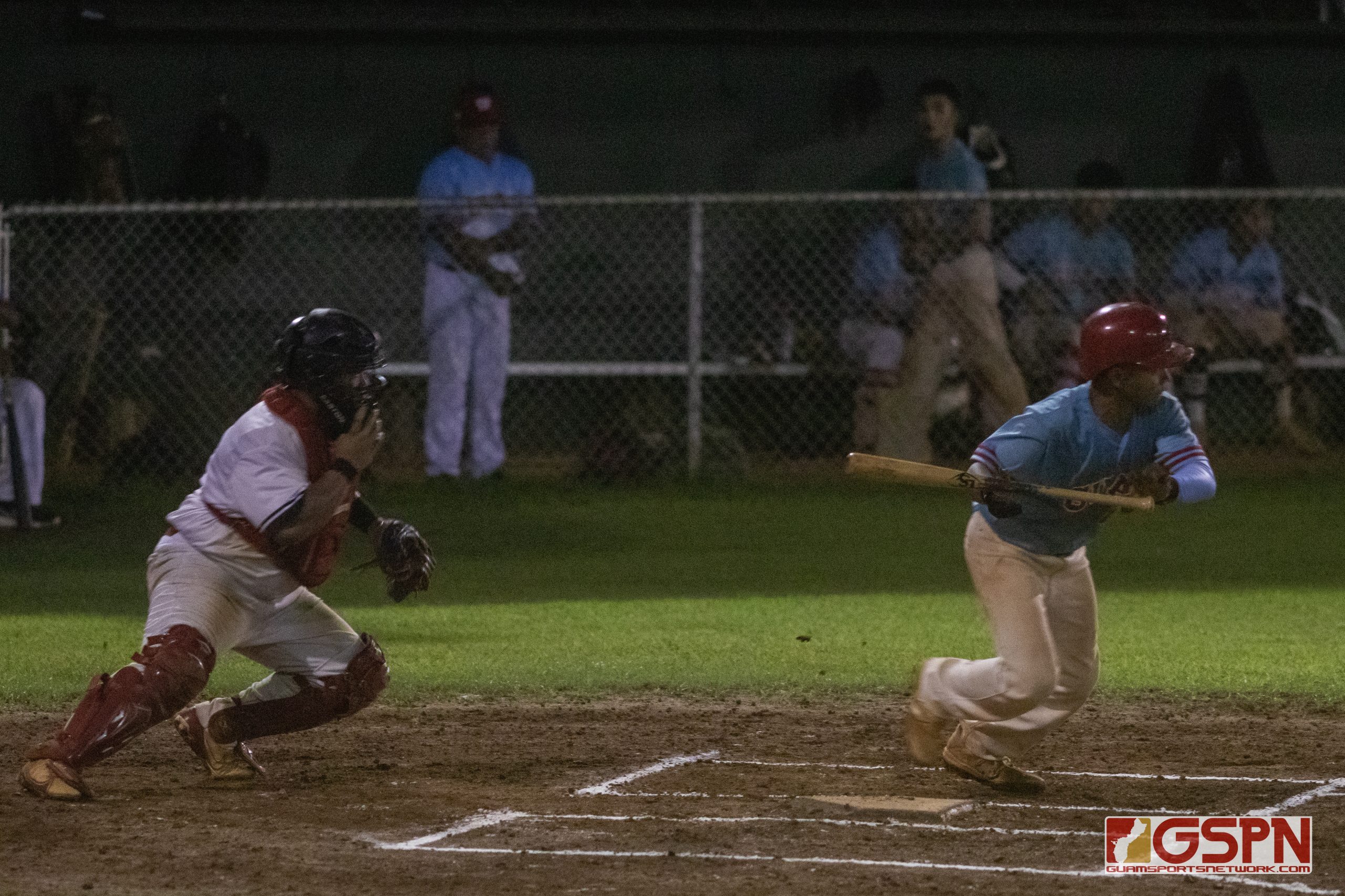 After two rain delays held off the start of the 2022 GML Championship Series last week, Game 1 couldn’t quite make it to the finish line as it was suspended due to rain Sunday night with the Junior Nationals leading the Yigo Typhoons 4-3 in the top of the sixth inning.

According to league commissioner Roque Alcantara, it will be picked up on Tuesday night with the in-game scenario of Yigo’s T.J. Guile up to bat with no outs and runners on 1st and 2nd base.

The Typhoons struck first in the top of the first inning, scoring an unearned run off Jr. starter Franklin Ninete, Jr. to take an early 1-0 lead.

Then Jr. Nats jumped all over Yigo starter Alex Fitiausi with two runs on three hits in the first and another two runs on four hits in the second inning for a quick 4-1 lead.

The Typhoons grinded out two runs on only on hit in the fifth inning to close the gap before the rains came down.

The league, which started on April 2, has gone beyond five months of play with several dozen rain outs and considered naming the two teams co-champions. For the Junior Nationals, it was only their fifth game since their silver medal performance in the Pacific Mini Games in Saipan on June 24.

Game 1 is expected to be completed Tuesday night at 7 pm with Game 2 to start immediately following.